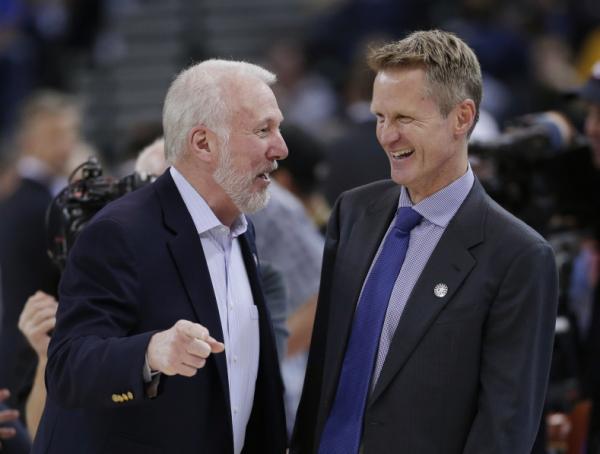 The Golden State Warriors and their pursuit of 73 wins is the biggest story of the season, a genuinely historic run that has arguably made the eventual NBA Finals result feel inevitable. Yet the rest of the league is not giving up — rival coaches and players are trying to figure out some way to stop one of the most potent and versatile attacks the sport has ever seen.

San Antonio Spurs head coach Gregg Popovich obviously plays a key role in trying to get his nearly as impressive 45-8 team ready to meet that challenge. In fact, Popovich says he thinks about the Warriors more than any opponent he’s ever faced although not necessarily because he thinks it will help him to beat them……Read More