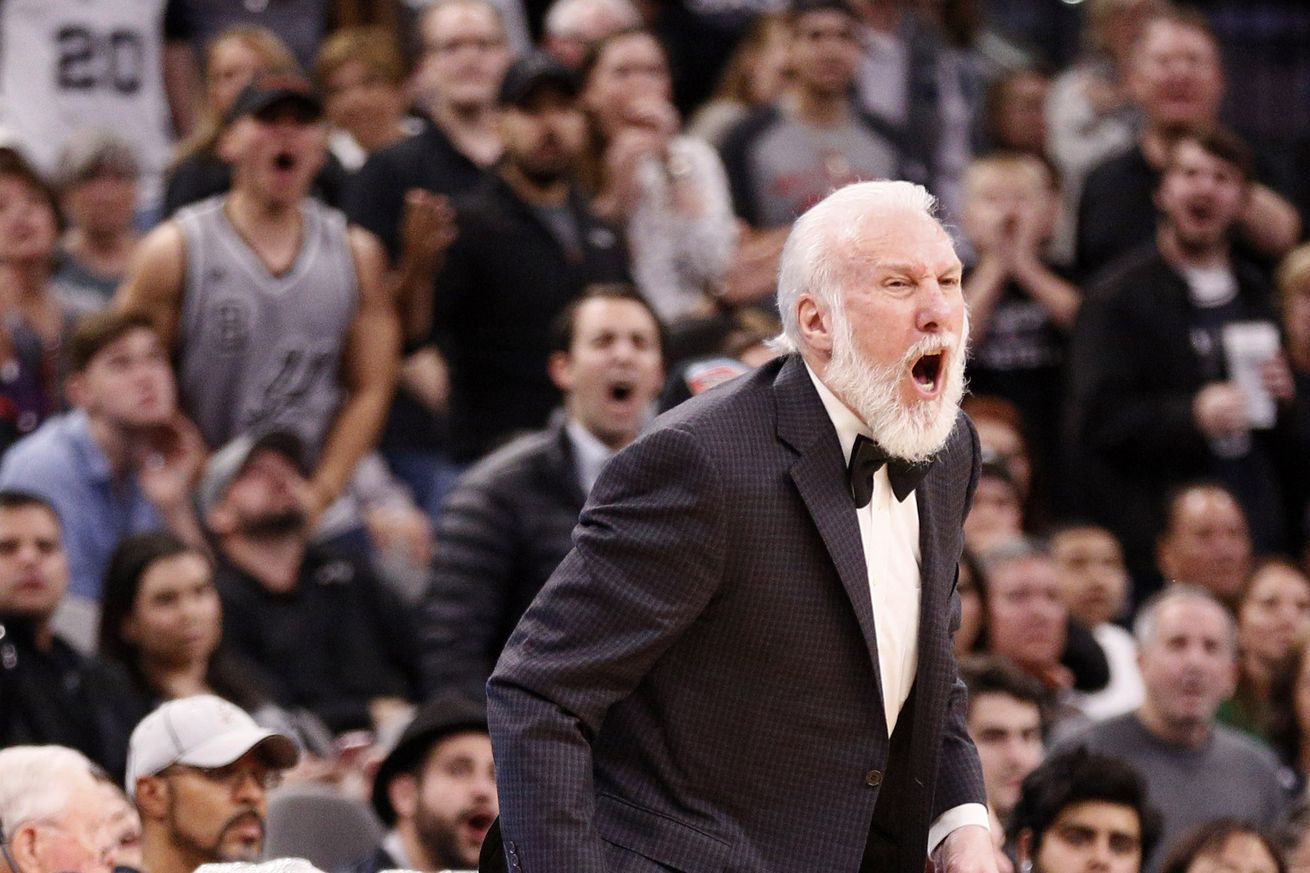 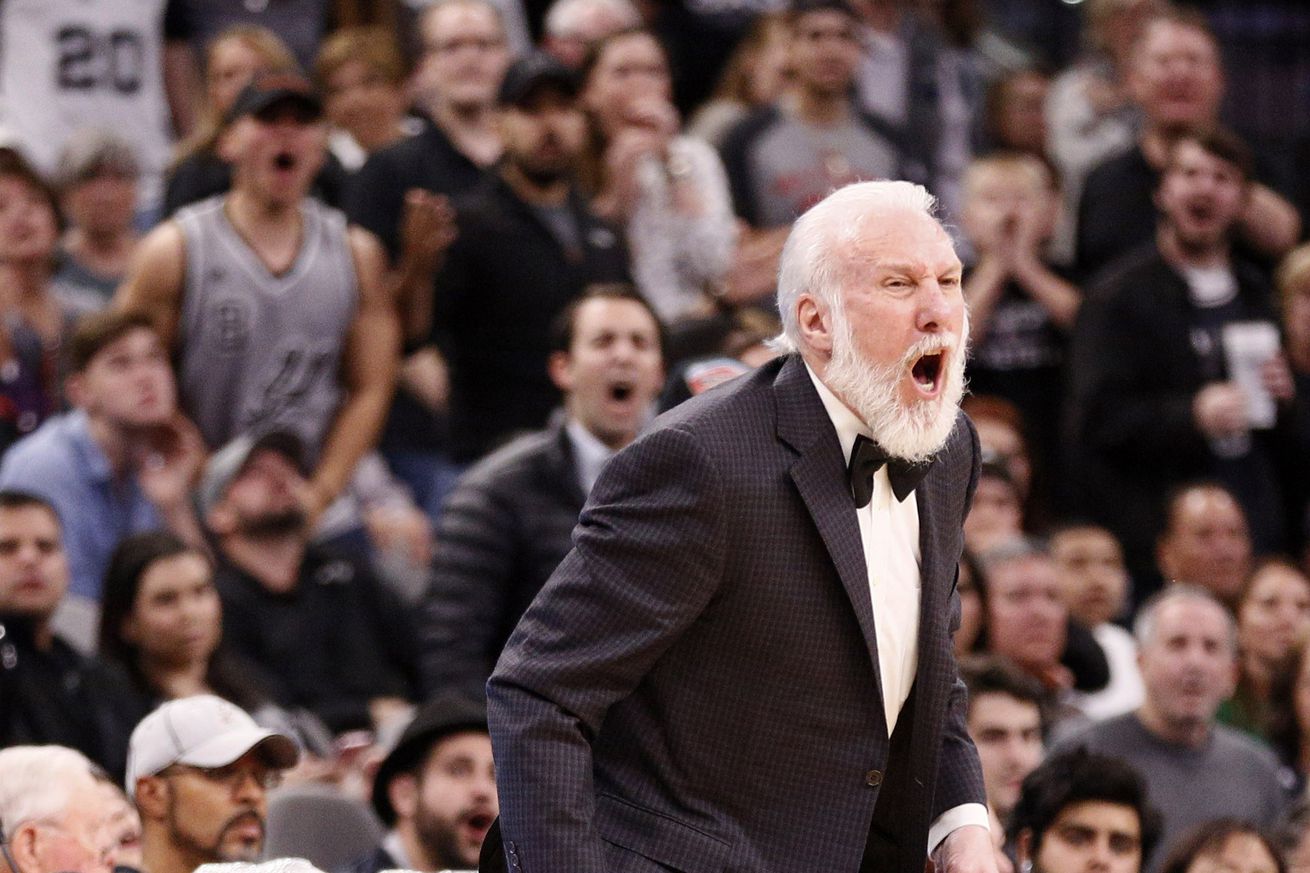 The true grind of the season is upon us and the strange beast that is January basketball in the NBA has definitely arrived. We’ve seen the 19-29 Pelicans beat not just the Spurs but also the Cavaliers (without Anthony Davis against Cleveland) in the past week. The Warriors also lost to the Heat within the past week. The Rockets were the hottest team in the NBA from December 1st to January 10th but have gone just 4-7 since. And the Wizards, previously a mediocre 19-18, are the only team that doesn’t play in Oakland to have won at least eight of their last ten.

The Spurs have now lost two in a row for the second time this season and if you’re a member of the Twitter Spurs community you probably noticed that a number of fans are quite concerned about it.

This isn’t exactly out of the ordinary for San Antonio. In their Championship season in 2014 they lost three straight at the end of January during a 2-5 stretch and in 2015 the team lost four games in January. In their franchise-record setting season last season the Spurs dropped two of their last three games in January. In the 2013 season they had a 2-3 stretch and in 2012 the team had a stretch where they lost five of eight during the month.

In four of the last five seasons the team rattled off at least an eight-game win-streak after January and in three of those seasons their win-streak hit double-digits.

After 19-straight seasons with playoff appearances it should be pretty obvious that what matters is how the team is playing come April. Of course the team would like to win all of the games, but…not happening.

The team is without Pau Gasol right now after the big man broke his hand during warmups on the 19th. That’s not something to forget. The Spaniard was becoming comfortable with the team and establishing himself as an important part of their offense before the setback which could keep him out for another month.

Maybe it’s just me but I can’t take much away from this game. The Spurs just got back from a four-game road trip and are now 36-11. 36-11 just happens to be the second-best record in the league and San Antonio holds a three-game cushion in the loss column over the Cavaliers, who hold the third-best record in the league. It’s pretty unrealistic to think that the Warriors can be caught by San Antonio at this point.

While it’s natural for fans to be upset after a pair of losses from SA, it is just a couple of games in a month that doesn’t really matter much in the grand scheme. On to the game that was played.

In what could very well be Dirk Nowitzki’s last game in San Antonio the Dallas Mavericks upset the Spurs behind a strong effort from the Mavericks in the second half. Dirk wasn’t particularly memorable in this one but it was nice to watch the legend do his thing on the way to a 15 and 10 night if it was his last trip to the Alamo City.

A close first quarter was followed by a quarter that saw the Spurs outplay the Mavs 31-22 to take a 10-point lead into the break. The Spurs held the Mavs to just 27% from the field in the second and hit 55% of their own shots. It seemed like the Spurs would come out in the third, statistically their best defensive quarter this season, and put the game away but Dallas had other ideas.

The Mavs cut their deficit to just four after the third quarter behind strong performances from Wesley Matthews and Seth Curry, who each scored nine in the period for Dallas.

The fourth quarter was a fairly entertaining affair with the Mavs opening up a 9-point lead at one point only to see the Spurs cut it to two. Credit the Dallas defense for their intensity at the end of the game. They made it tough on the home team, who showed up just a little too late to pull this one out.

The Mavs outshot the Spurs 58% to 37% over the final 24 minutes of the game, took care of the ball and deserved to win the game. It’s not the first time this season the Spurs have come out with a less-than-stellar effort against a lessor team; six of the Spurs’ 11 losses have come from teams that have a record that is under .500.

So your Spurs fall to 36-11 for the season. That’s a 63-win pace. I doubt anyone can beat the Warriors when the games truly matter but the Spurs have a good squad and they’re a fun group to watch with so many new faces. The Thunder visit SA on Tuesday which should make for an exciting matchup.

The Spurs will enjoy three more home games as part of a four-games-in-seven-nights homestand this week before heading out on their annual Rodeo Road Trip. San Antonio will host the Thunder on Tuesday, the Sixers on Thursday and the Nuggets on Saturday night. After that the Spurs won’t be back in San Antonio until March 1st when they welcome the Indiana Pacers.