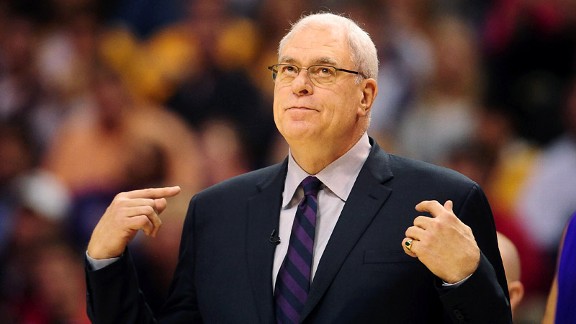 Phil Jackson is at it again saying the San Antonio Spurs are not a dynasty even after winning a 5th Championship stating the Spurs have yet to win a back to back Championship.  Phil Jackson was quoted as saying “Tim Duncan making the salary he’s making after being part of a dynasty — not a dynasty, I wouldn’t call San Antonio a dynasty — a force, a great force,” Jackson said in April. “They haven’t been able to win consecutive championships, but they’ve always been there.” A reporter later told coach Pop,  Phil Jackson doesn’t think the Spurs are a dynasty. Gregg Popovich, your thoughts? “Oooh, that makes me so mad!” he said before the Spurs played the Nets Wednesday night. But Pop, never shy with his words, wouldn’t take the bait and get into a war of words with a fellow coaching legend.”Just write whatever you want and I’ll say I said it,” Popovich joked. “Make it good though so you can get a promotion. Juicy. Ugly. Really good.” Now that is classic Pop but what are your thoughts Spurs fans are the San Antonio Spurs a true Dynasty even though they have never won back to back titles? Please cast your vote in the poll below this post and remember you can’t spell Dynasty without Nasty, Go! Spurs! Go!

Phil Jackson says Spurs are not a Dynasty.