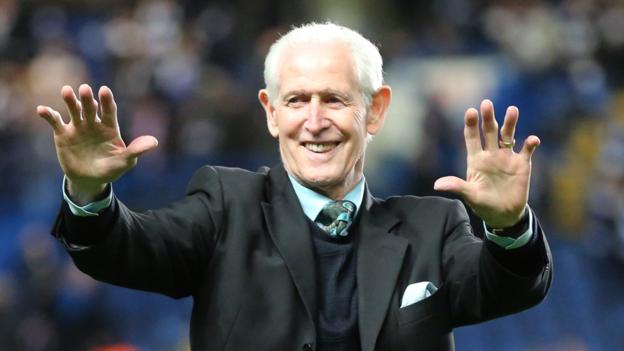 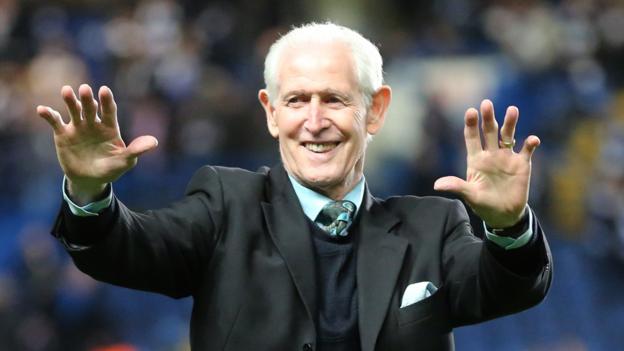 Peter Bonetti, who has died after a long illness aged 78, was one of the outstanding post-war goalkeepers and deserving of Chelsea’s description as “one of our indisputable all-time great players”.

Bonetti, known throughout the football world as ‘The Cat’ for his brilliant athleticism and flamboyant – although superbly efficient – style made 729 appearances for Chelsea in a career stretching from his debut against Manchester City in April 1960 to his final appearance against Arsenal in May 1979.

He interrupted his Chelsea service with a spell at St. Louis Stars in 1975 but returned to Stamford Bridge and played more than 100 games in his second spell before short stints at Dundee United and Woking.

It is at Chelsea, however, where Bonetti will rightly be revered forever, with only his long-time team-mate and captain Ron ‘Chopper’ Harris making more appearances.

He helped Chelsea win the FA Youth Cup for the first time with victory over Everton in 1961 and Bonetti’s brilliant performances helped the club back into the top flight in 1963 after relegation the previous season.

Bonetti was part of an emerging, gifted Chelsea side under Tommy Docherty that epitomised London’s ‘Swinging 60s’ alongside greats such as Bobby Tambling, Peter Osgood, Harris, Terry Venables and Barry Bridges.

Chelsea won their first knockout trophy in 1965 with a two-legged 3-2 win over Leicester City – who had England keeper Gordon Banks in goal – in the League Cup. Bonetti’s second-leg heroics in a 0-0 draw at Filbert Street proving pivotal.

He was also a key figure as Chelsea finished third in the league and were beaten 2-0 by eventual winners Liverpool in the FA Cup semi-final.

Bonetti was a member of England’s victorious 1966 World Cup squad as understudy to Banks. He never played a game and, although only the starting 11 in the 4-2 win over West Germany were given medals, Bonetti finally received one, along with the rest of the squad, at a Downing Street ceremony in June 2009.

Following all these years of consistency, which included playing in the 1967 FA Cup final defeat by Tottenham at Wembley, Bonetti’s greatest glory lay ahead.

His finest hour came arguably in the 1970 FA Cup final. After producing a magnificent individual display to defy a rampant Leeds United in a 2-2 draw at Wembley, he battled through the pain of an early injury in the replay, sustained in an aerial collision with Mick Jones, to play a huge part in Chelsea’s 2-1 win, secured via David Webb’s injury-time goal.

However, it was in the afterglow of Chelsea’s FA Cup triumph that Bonetti experienced what was probably the toughest moment of his career in June 1970 at the World Cup in Mexico.

When Banks was struck down by food poisoning as England prepared to face West Germany in the World Cup quarter-final in Leon, Bonetti was thrust in as a last-minute replacement.

England were cruising at 2-0 but then collapsed inexplicably to lose 3-2 and with it their crown as world champions.

Bonetti’s performance was regarded as a major factor and he was made something of a scapegoat, with the finger of blame pointed at him for West Germany’s first two goals from Franz Beckenbauer and Uwe Seeler in particular.

Time and further observation suggests Bonetti was harshly treated and, whatever amount of blame has been apportioned, he must not be defined or diminished by the events of 120 minutes in the searing heat and humidity of Leon.

He was a goalkeeper of the very highest calibre and one game alone cannot change that.

Bonetti continued to be instrumental for Chelsea as they won the European Cup Winners’ Cup in 1971 after a 2-1 replay victory over Real Madrid in Piraeus in Greece.

It was his last trophy with the club, although Chelsea lost the League Cup Final to Stoke City at Wembley in 1972.

Bonetti’s experience proved vital for Chelsea as they gained promotion back to the old First Division under the management of another former team-mate, Eddie McCreadie, in 1976/77 following his spell in the United States.

After leaving Chelsea he worked as a postman on the Isle Of Mull in Scotland, when he also played briefly for Dundee United.

Bonetti returned to the game as a goalkeeping coach at Chelsea as well as with England, while such was his stature and respect within the game that he was also called upon to work at Everton, Newcastle United, Fulham and Manchester City.

Quite simply, Bonetti was one of the finest exponents of his art, a true gentleman who was held in complete respect and was still often seen around Stamford Bridge, whether it was appearing on the pitch – where he was always greeted with huge acclaim – or behind the scenes meeting fans.

Chelsea have lost one of the most significant figures in their history.