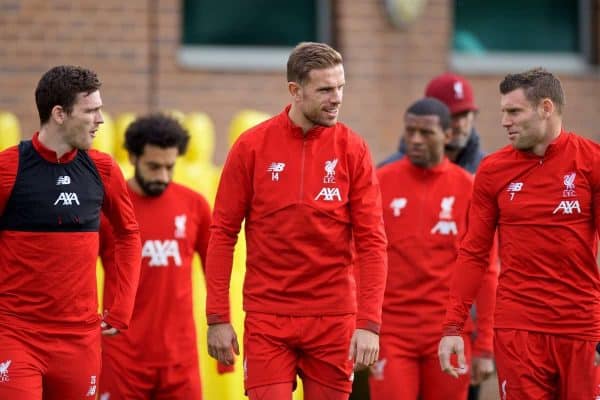 Liverpool’s players have been told to anticipate a return to team training in mid-May, midfielder Pedro Chrivivella has revealed.

The Premier League and football came to a grinding halt on March 13 and the ever-changing landscape of the pandemic soon ensured team training was brought to a swift end.

The Reds have each been handed detailed, individualised training programmes for their time in isolation and can then link up with the rest of the team over Zoom, as we have readily seen.

Footballers, like everyone else, are in a state of limbo as to when training and games can return, with plans constantly in a state of flux.

Various dates have been signposted since Liverpool were left to put their charge at the Premier League title on hold, with the latest suggesting June 8 as a ‘tentative’ re-start date in which training would resume at least three weeks prior.

And while various reports have pointed towards a host of dates, Chirivella, who has made six appearances for the Reds this season, has offered an insight into Liverpool’s scheduled return which provides a welcome first-hand view.

“We have been told that we will be training separately until the middle of May,” he said.

“Then three or four weeks training with the group and if we can, we could play in June.

“They must take it step by step because until you have a date, you see it far away.”

The date seemingly accounts for any further review of the UK’s revised lockdown date until May 7, whereby a ‘mini pre-season’ is then planned prior to the campaign picking up from where it left off.

It, of course, all hinges on when it is safe to return as while training could still see social distancing measures in place, games taking place behind closed doors will still require mass testing and NHS personnel.