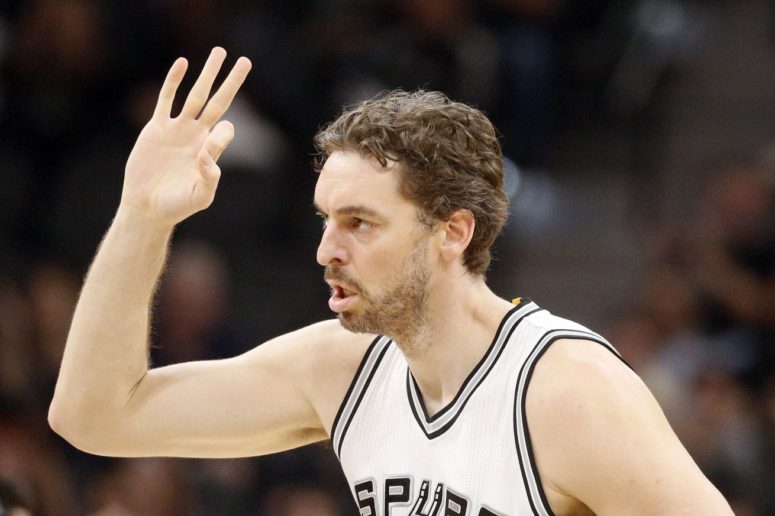 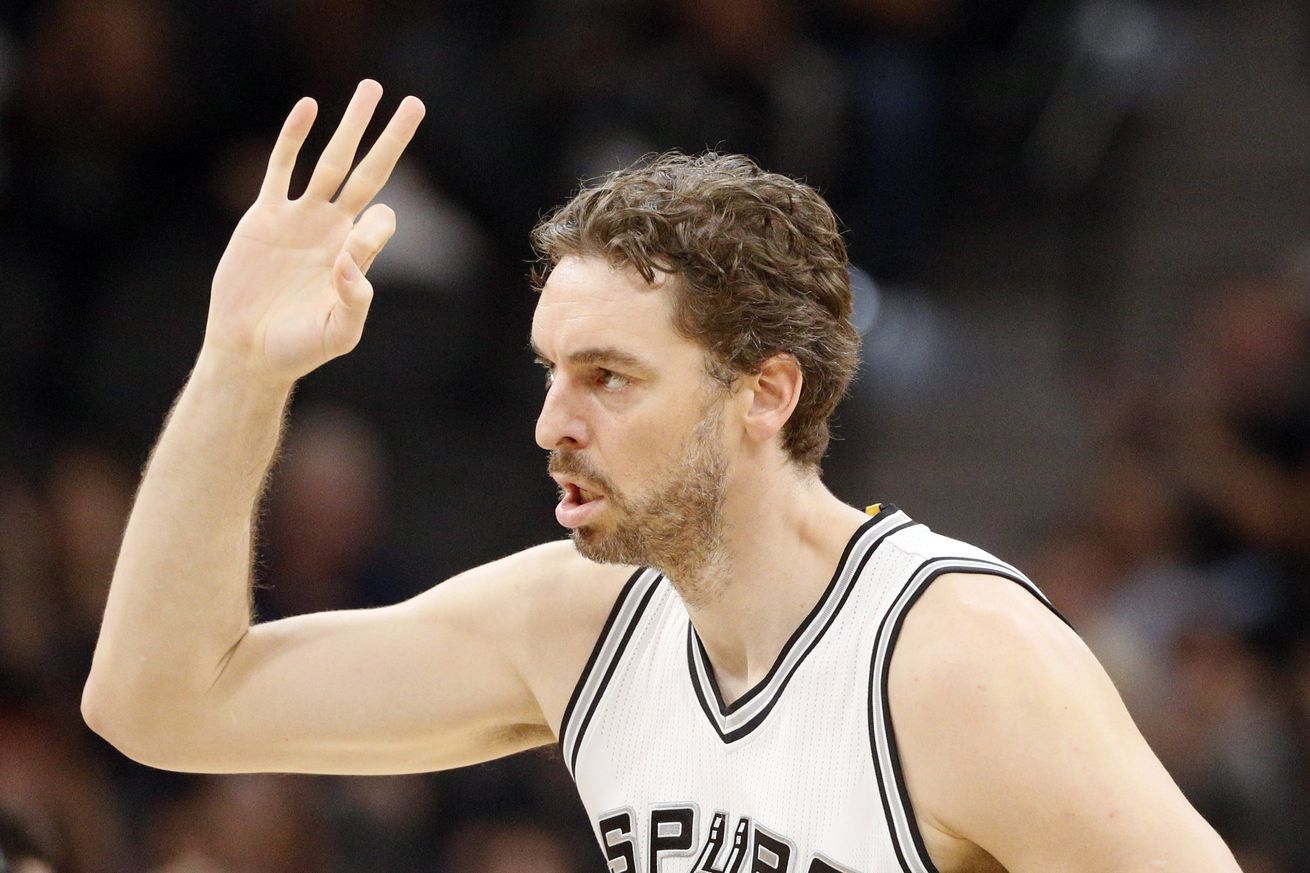 Gasol’s first season as a Spur was a story of two halves, with the veteran moving to the bench and flourishing as a floor-spacing seven-footer.

San Antonio had a number of roster holes to fill last summer, but none as vast and bottomless as the void left behind by Tim Duncan who, even at 40, remained an essential part of the Spurs system.

They decided to go with the white whale who’d spurned their pursuits in free agency a couple of years before, Pau Gasol. The Spaniard’s defensive limitations were well-known, his lateral peed rivaled by actual whales — and yet, the idea of an All-Star-level veteran sliding into Duncan’s place seemed sound enough. The Spurs could lean on the closest thing to a known commodity as a starter, and rely on their fringe signings to shore up his deficiencies.

But while peripheral signings like Dewayne Dedmon and David Lee assimilated quickly, it look longer for Gasol to shape his game around the Spurs’ system. Spatially, having a pair of bigs who loved shooting long twos took time to figure out, while the entire starting lineup adjusted to life without Duncan as an anchor.

Still, Pau had a number of good showings in the early months and, by December, appeared to be hitting his stride. That was around the time the Spurs’ shaky net rating caught up with its elite record. Gasol hitting double-digit points in 14 of 15 games definitely helped.

As a starter, Gasol was fine, and the Spurs’ pre-All-Star splits show how much better they were than their opponents for that stretch. Yet the intrigue around Dedmon’s defensive upside grew, as did the ineffable sense of doom that came every time Pau and Tony had to defend a pick and roll. And after Gasol broke his hand in January, Dedmon’s promotion to the starting lineup just seemed right.

When he returned after the All-Star break, not only did he embrace a bench role for the first time; he’d transformed himself into a modern-day stretch five, with a three-point rate similar to his brother, Marc. Gone were the looks around the elbow that had been a staple for much of his career. Instead, Gasol was trailing plays and catching defenses off guard, and beginning his screens higher than usual to pick-and-pop from deep. The threat of him shooting from deep took rim-protectors out of the paint and became the focal point of plays like this beaut:

The Spurs ran this gorgeous play to get Pau Gasol the open corner three at the end of the first quarter pic.twitter.com/FyQwc7mA59

He also wasn’t shy about attacking off the dribble whenever defenders tried to chase him from the three-point line:

Pau Gasol with the terrific drive and dish to David Lee pic.twitter.com/duRysBb2YV

Here’s what his shot chart looked before the ASB…

Gasol upped his attempts from 1.1 per game to 2.4 after the break, as he became (easily) the NBA’s official leader in three-point percentage for 2016-17 season. More time on the perimeter also meant the 36-year-old was less of a liability in transition defense (he is, if I haven’t already made it clear, not overly fast), as he had to make fewer dashes from baseline to baseline. It was an adjustment that paid off for both the Spurs and Gasol, who found a role that could make him more valuable in his twilight years.

Gregg Popovich finding out what kind of chess piece he had in Gasol was one of the sneaky-fun aspects of the season, and it didn’t stop with his three-point shooting. In the second round of the playoffs, it was the seven-footer’s defense that played an unlikely role.

The Rockets crushed the Spurs in Game 1 through an impressive display of their dynamic, floor-stretching offense. Pop’s big Game 2 adjustment? Starting the glacial Gasol over David Lee. And it worked. Against each James Harden pick and roll, Pop let Gasol and Aldridge hang back, lulling the Beard into either a difficult mid-range floater or a contested shot at the rim against their superior length. As a result, the Spurs defense scrambled less, and Pop was able to keep his two bigs on the floor to dominate the paint on the other end.

No one was ever going to replace what TD represented in San Antonio, but Gasol’s efforts to adjust and evolve his game should leave fans satisfied with what they got as a proxy. If he decides to opt in for next season, as many expect, then he should continue to be one of the league’s more effective reserves. No matter how fast he is.