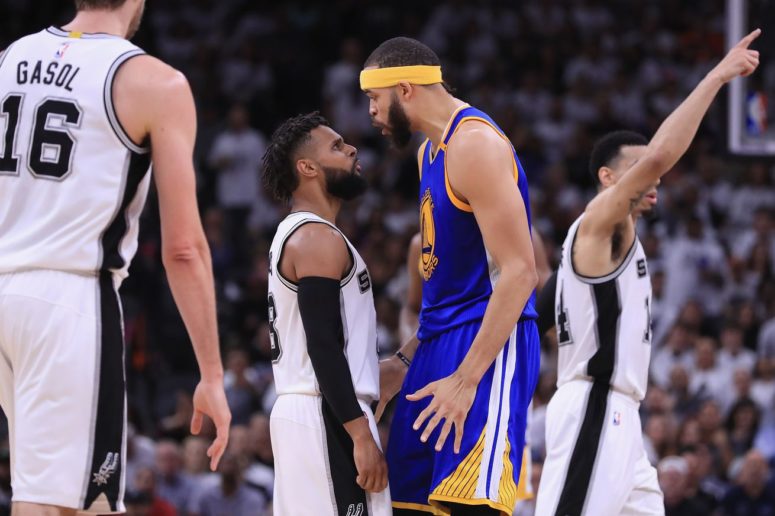 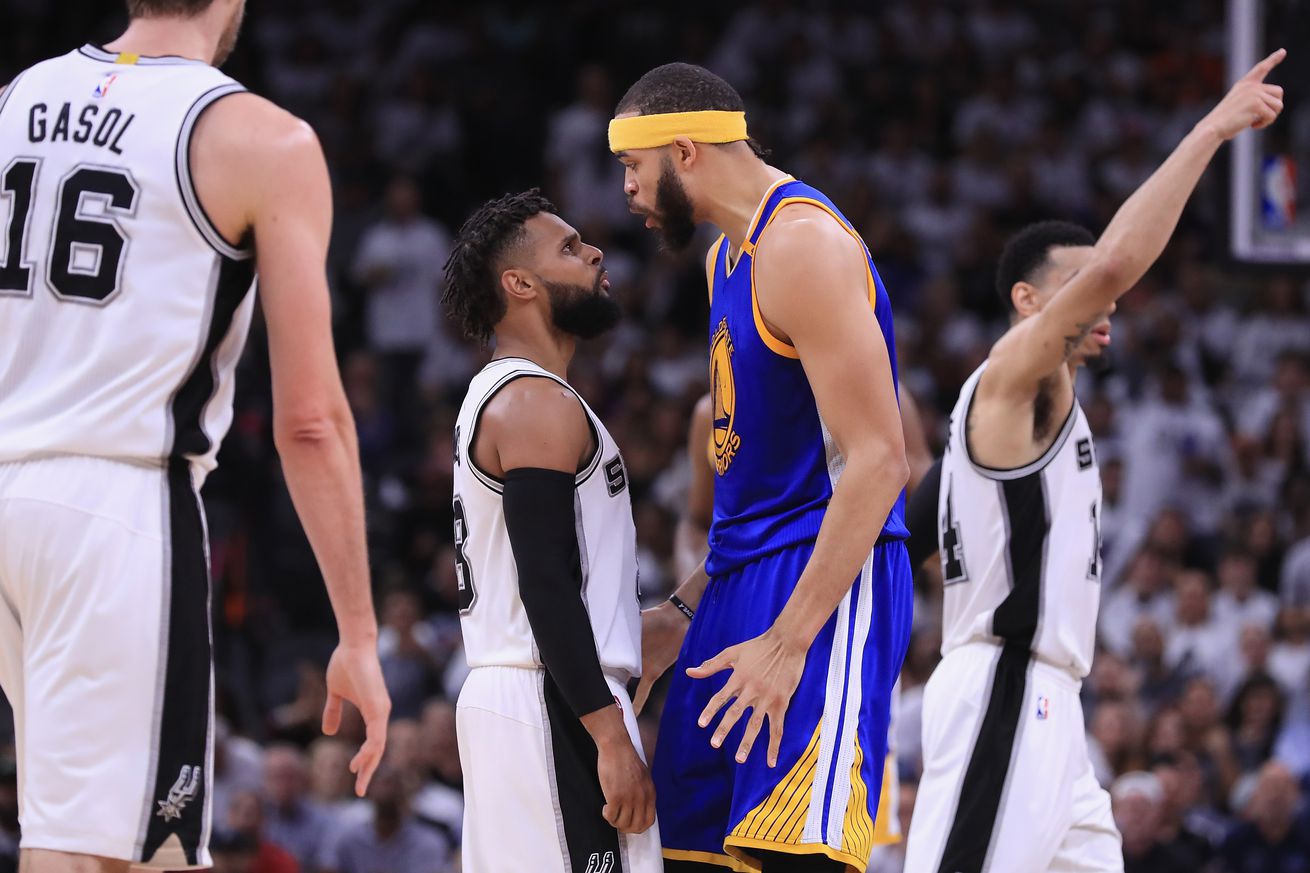 Patty Mills has always been the perfect little brother in the Spurs’ family.

At 6 feet 185 pounds, he’s the smallest guy on the team. He’s also the most visibly positive and playful, as shown through his unmatched towel-waving prowess.

When he signed with the silver and black in the summer of 2012, he was known for his energy and encouragement from the bench, which he warmed with great passion in those early years. In 2012-13, he’d occasionally put up double digits in scoring—including his record-setting 34-point outburst against the Golden State Warriors— but he wasn’t anything special. In fact, he was “a little fatass,” as Pop said afterwards.

Mills showed up to training camp for the 2013-14 season with some abs and a purpose. Manu said he nearly passed him in a hall before recognizing him. Mills went from posting nine double-digit scoring games to 37. He played a key role in the championship series that year. In the seasons since, he’s made a case as San Antonio’s most reliable bench player. Suddenly, the little brother isn’t so little.

Mills is the archetype of perseverance, and his loyalty makes him the perfect example for a younger generation of Spurs fans.

As kids, Manu, Tim and Tony were my basketball heroes, and I still take their lessons into my daily life. When I’m performing well at my job, I think about Tim’s humility. When I’m getting out-worked, I think about Manu’s relentless competitive spirit. And when I feel too naïve compared to more seasoned co-workers, I think about a 19-year-old Tony Parker running an offense with David Robinson and Tim Duncan.

This is mostly subconscious. I’ve never tried to post-up my boss in the office, but sometimes the fantasy is enough to get me through stressful times.

Mills is poised to become the new example, especially after signing a 4-year, $50 million contract in July. When that expires, he’ll have played for the Spurs for a decade. That’s as long as Avery Johnson stayed with the team before retiring. It’s also longer than Bruce Bowen and George Gervin.

Somewhere in San Antonio, a 12-year-old kid will grow to watch Mills develop a calming, veteran presence of his own. That same 12-year-old might look back at the fatty-Patty days and wonder about that transformation into a 3-point-shooting jackal.

Most recently, Patty was ranked 67 in ESPN’s top 100 NBA players.

He obviously worked very hard to get to this point, especially with his stature. In a brief shooting tutorial on YouTube, Mills describes the necessity for a quick release to compensate for his height. Now, when opposing players see Mills lock into his shooting pocket for a corner 3, it’s depressing for them. He makes his presence known, and it inspires short guys around the world (like me).

Aside from his basketball abilities, he’s aware of his responsibility as a role model. He takes every opportunity to talk about his Australian aboriginal culture in a public setting. And his friendly nature with fans offers shades of Manu.

Patty also launched a children’s book series “Game Day!” this summer. It connects all the aspects of his professional career — being fatty Patty, getting abs, raining three pointers, winning a championship—to inspire kids. And, taking a cue from Pop, the book shows that life is more than just basketball.

So as the Spurs culture continues to flourish through guys like Patty, the future of the franchise shows continuous and stable progression — continuing the legacy of David and Tim far past their playing days.