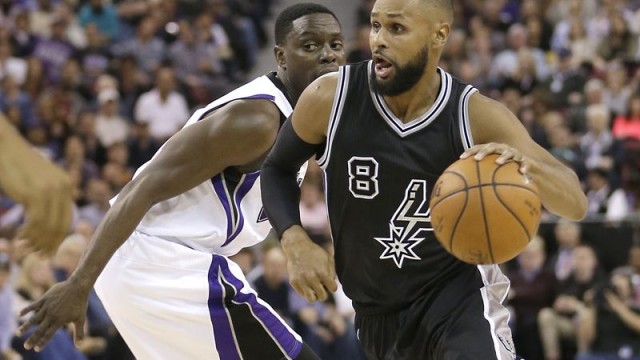 SACRAMENTO, Calif. (AP) — Tony Parker scored 12 of his 25 points in the fourth quarter and the San Antonio Spurs beat the Sacramento Kings 108-92 on Wednesday night for their third straight victory.

The Spurs took the lead for good with just over 4 minutes left in the third quarter, then pulled away in the fourth in winning for the ninth time in 10 games. San Antonio continued its dominance against the Kings, beating Sacramento for the 35th time in 39 games.

Cousins had 21 of his 22 points in the second half and added 10 rebounds for the Kings, who had their three-game win streak snapped. Both Darren Collison andQuincy Acy had 15 points, Willie Cauley-Stein scored 12 and Rajon Rondo had seven points, 18 assists and eight rebounds.

It was an extremely slow start for Cousins, who typically struggles against the Spurs’ well-orchestrated defense. A frustrated Cousins, who had 39 and 37 points in his previous two games since the All-Star break, missed all 10 first-half shots…..Read More