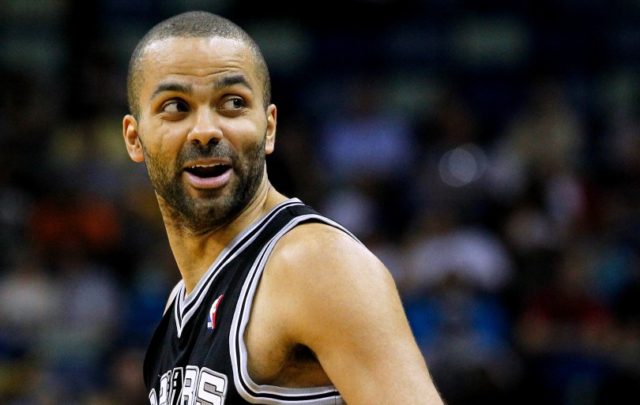 SAN ANTONIO – Despite the loss of Tim Duncan and an influx of youthful newcomers, the Spurs “are still going to have a great team” next season, Tony Parker believes.

“Obviously, we are going to miss him a lot,” the veteran point guard said of Duncan. “You can’t replace a guy like Timmy. But we will try to do our best to keep the Spurs going and to keep winning.”

Speaking Tuesday at his youth basketball camp at the Alamo City Sportsplex, Parker said he is still trying to come to terms with the loss of Duncan to retirement after 19 seasons as the team’s linchpin player.

“He was the greatest power forward of all time and he made my job easy every night,” Parker said.

With Duncan gone, Parker, 34, is now the senior Spur with 15 seasons. Manu Ginobili has logged 14 seasons with the Silver & Black.

“I’m just going to try to be a good leader and welcome all the new guys and try to help them as much as I can and just show them the Spurs culture and what we do here,” Parker said.

In addition to Duncan, the Spurs will also be without Parker’s longtime friend Boris Diaw, who was traded to Utah…..Read More

Source: Parker says Spurs can have a ‘great team’ even without Duncan – Spurs Nation