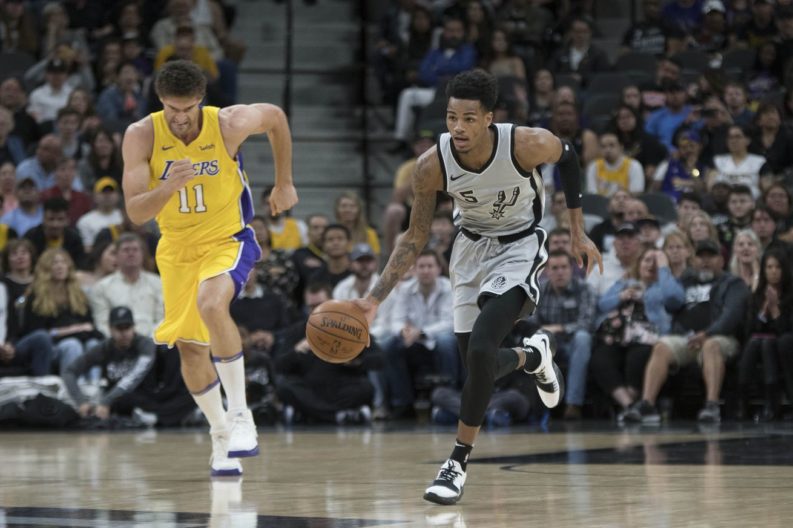 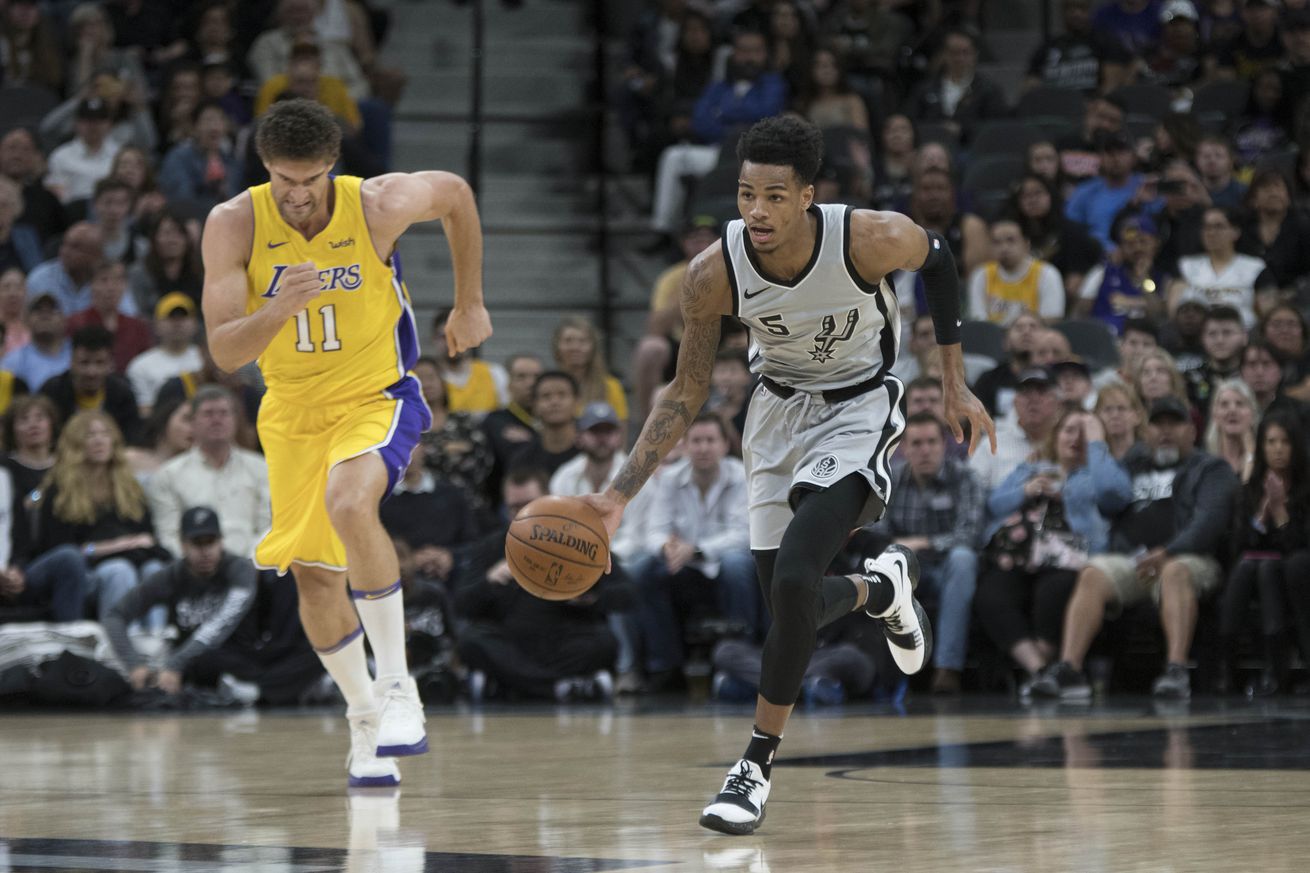 The Spurs were quick, but hurried in home loss to Lakers

Spurs color analyst Sean Elliot was like a broken record in Saturday night’s 112-116 home loss to the Los Angeles Lakers, repeatedly stressing that San Antonio should slow down. He thought that the Lakers defense became susceptible after getting some side-to-side movement on offense. Much of the time he was right. The Lakers came into the contest leading the league in pace, averaging just over 103 possessions per game. The Spurs have had success with a different style, sporting the league’s 29th-ranked pace at under 97 possessions per game. Los Angeles successfully turned this game into a 110 possession track meet, per NBA.com, leaving this already depleted San Antonio team with nothing in the tank for crunch time.

As my colleagues have pointed out, this has become a disturbing trend lately. Since February 1st, San Antonio has ranked dead last in clutch net rating, getting outscored by opponents by 62.4 points per 100 possessions in their six close contests. It’s fair to point out that a few of those losses have come without LaMarcus Aldridge, but this Western Conference playoff picture has no conscience and doesn’t care about injuries. Without Aldridge, San Antonio lacks a go-to guy down the stretch, and an offensive identity in general. Scoring in close games is going to remain difficult as long as Kawhi Leonard is on the sideline, which is why it’s absolutely imperative that the Spurs take advantage of easy scoring opportunities throughout the game, particularly in fast break situations.

After live-ball turnovers is one of the few scenarios when San Antonio should feel empowered to push the pace, but it can’t be done in a reckless way. Against the Lakers, San Antonio scored a pathetic 0.55 points per possession off of Los Angeles turnovers, per InPredictable. For reference, the Spurs came into the game scoring 1.23 points per possession off turnovers, which is a league-average mark.

In the play below, the Spurs squander two Lakers turnovers (including a three-on-two fast break) and end up allowing an uncontested Julius Randle dunk on the other end:

On this next play, Dejounte Murray gets a nice steal, which turns into a five-on-two fast break, resulting in a turnover and foul on Davis Bertans:

Sometimes, the Spurs did everything right from a process perspective, but were simply unable to hit the shot, like in this clip below:

San Antonio was able to use the fast break to create an advantage and ultimately a wide open three from a very solid three-point shooter in Pau Gasol. That’s the kind of night it was for San Antonio, who finished 7-of-30 (23.3%) from behind the arc, but even that number doesn’t do their woeful three-point shooting justice. Per NBA.com, the Spurs shot 2-of-15 (13.3%) on “wide open” three-point attempts, in which the closest defender was more than six feet away from the shooter. Coming into the game, the Spurs were shooting 39% on wide open threes. Had they shot their season average on wide open looks in this one, it could’ve resulted in 9 or 12 additional points.

They also shot just 4-of-14 (28.6%) on “open” three-point attempts, where the defender was four to six feet away. Shooting an open or wide open three is typically the result of solid offense, and going 6-of-29 on those kinds of shots is a real waste of possessions that were otherwise positive.

Defensively, the Spurs did a really nice job defending the rim, where they allowed the Lakers to go just 12-of-26 (46.2%), although they did have a tough time containing Randle and keeping him off the free throw line. Bertans actually defended Randle really well, but any time he got a switch, Randle feasted. Aldridge’s presence would have been a strong deterrent to Randle’s raw physicality.

Not surprisingly, the Lakers, who came into the game ranked 29th in three-point percentage, shot way above their average, especially on wide-open threes. Coming into the night, they were shooting 5-of-15 (33%) on wide open threes per game. Saturday night, they connected on 10-of-19 (52.6%) wide open tries. Sure, that’s four more attempts than they normally get, but this game was also a faster pace with more possessions than average. The Lakers had a hot shooting night, which was unlucky for the Spurs. That’s bound to happen, but San Antonio needs to take care of business on their end by hitting the wide open shots they generate and executing on fast breaks. That way, lesser opponents won’t be hanging around in crunch time when the hobbling Spurs are gassed.