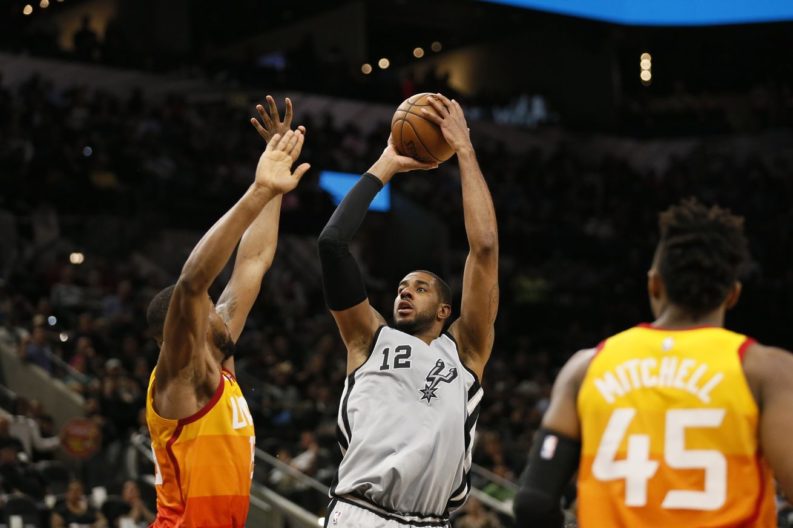 Quite a lot to celebrate in a single Spurs Nation night.

Friday night’s game had a lot of significance to the Western Conference standings, but it seemed to say more about where the Spurs are in this moment. Just as Utah came in 22-3 in their last 25 (and yet somehow still in the 8th seed), San Antonio’s previous 5 wins have almost washed away the memory of the three straight losses from the last road trip. Closing the 6th game at the AT&T Center before heading north was a must.

First, the Spurs swept the home stand going 6-0 over the last two weeks.

Second, they won their first overtime game of the season, refusing to be swept by the Utah Jazz for the season series. Four of the overtime points for the good guys came after offensive rebounds.

Third, this win kept the Silver & Black in 6th place while Utah maintains 8th, but more importantly, separates the two teams by 1 game which can be of major significance as the playoffs loom.

LaMarcus Aldridge scored a career high 45 points. Started strong with 17 in the first quarter and 28 total at halftime.

45PTS
9REBS
3BLKS
Spurs get the W over the Jazz in OT pic.twitter.com/aHyaQpRcXT

Patty Mills had one turnover in over 40 minutes, scoring 25 points including the two clutch free throws in overtime to put the game out of reach.

Rudy Gay had an especially fruitful night, keeping the Spurs in the lead while LaMarcus was on the sideline. 15 points and one of the two OT offensive rebounds that were turned into second chance points.

Pau Gasol got the most needed rebound of the night.

Even Dejounte Murray’s OT foul on Joe Ingles could be considered a play-of-the-game, as it prevented Utah from attempting another game-tying 3.

What was your favorite moment of the night?

Spurs head to Milwaukee tomorrow to see if their red hot playing can translate to another arena.