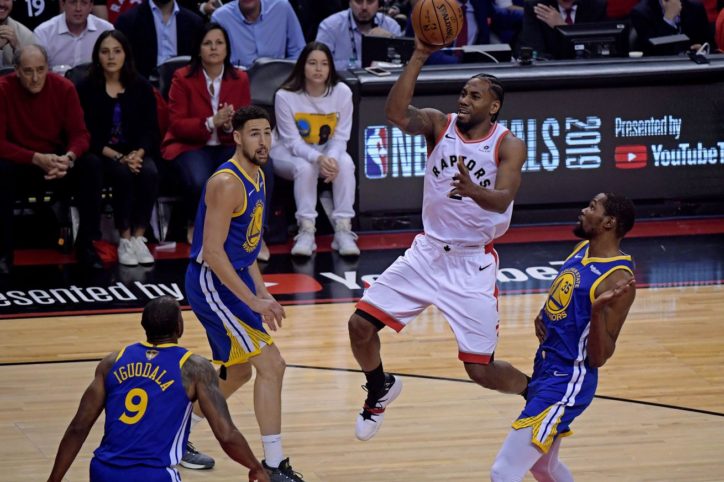 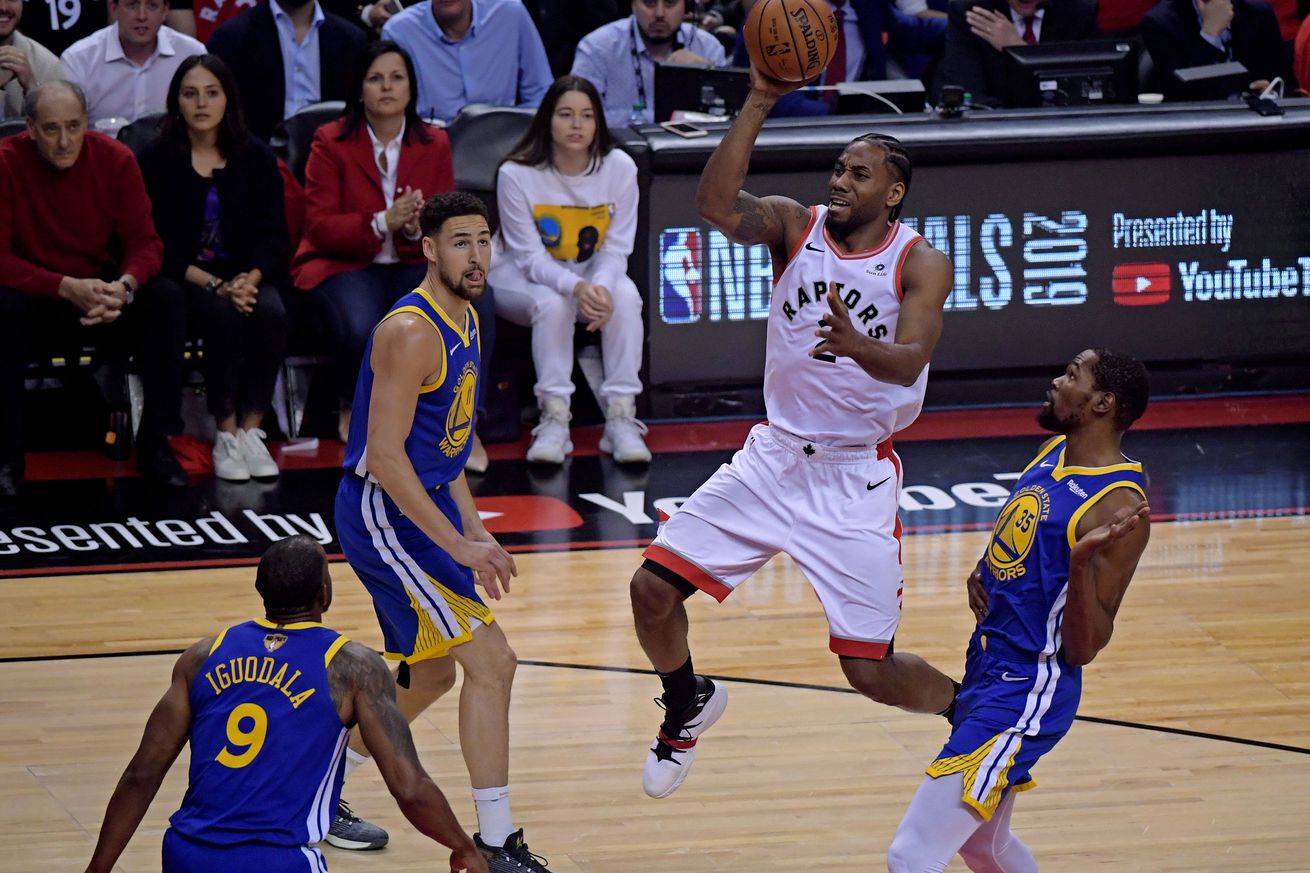 Kevin Durant may once again alter the NBA landscape through free agency.

Hear me out before you completely bash the headline.

Our tale begins in 2014, when Spurs fans were feeling that a 5th NBA title was just around the corner. We had a Big 3, we had Verde, Danny Green, who hit a (then) record-breaking number of 3s in the NBA Finals. And everyone was in love with the emerging talent of the quiet Kawhi Leonard.

The Spurs won Game 1 without air condition and LeBron James had to be carried off the court in the final frame. Game 2 went to the Miami Heat prompting many at the AT&T Center to consider taking a sledgehammer to the AC altogether. And then something happened.

At the prompting of Gregg Popovich, and labeled as “family business,” the newly unleashed Kawhi Leonard went into overdrive on the Miami Heat and stole the spotlight, three games, and ran away with the Finals MVP honors.

In the days that ensued, all eyes were on LeBron James as he became the Carmen San Diego of the NBA. He was finally spotted in Las Vegas where he was holding free agency meetings, prompting headlines like “LeBron James is giving the NBA world anxiety issues.”

And then the “not four, not five, not six . . . ” Miami Heat super team was done. LeBron made the “Coming Home” to counter “The Decision” and the era of super teams was over.

In the summer of 2016, the NBA saw an unprecedented spike in the salary cap which gave teams an opportunity to sign a max contract without having to compromise key players. A phone call from Draymond Green to Kevin Durant basically stating that the Warriors couldn’t win without him landed the most prized free agent on a team that had just won more games in one season than any team in NBA history.

And just like that a more emphatic super team was created.

Tonight, Kawhi Leonard has the opportunity to repeat his 2014 glory by (a) winning an NBA Championship, (b) taking the Finals MVP, and (c) dismantling a fabricated super team.

Love him or hate him is not the point. We’re here, Pounders. The Raptors are in the Finals despite Spurs fan’s wishes to maintain one of the best players in the league. We’ve gotten behind our coach who remains tight-lipped about what transpired. Leonard has also remained silent. Water under the bridge.

So if the Raptors win tonight, there is a chance that one or both of Kevin Durant and Klay Thompson exit during free agency this summer. The money the Warriors can offer Thompson may make that the less likely departure. But the ruptured Achilles tendon to Kevin Durant will be the most telling of all.

Durant will most likely need a year to rehab. At this point the Golden State Warriors can offer him the most money and time. Will they?

It will also be interesting to see just how the news that Kevin Durant could miss an entire season will impact the free agency set for next month.

With other super team options and many franchises clearing cap space for one and two max contract deals, the unavailability of Kevin Durant could alter movements to Kyrie Irving, Anthony Davis, Kemba Walker, Tobias Harris, Jimmy Butler, and even Kawhi Leonard himself.

But the question remains relevant tonight – can Kawhi Leonard set into motion the dominoes that will disassemble the Frankenstein of Oakland and alter the landscape of the NBA?