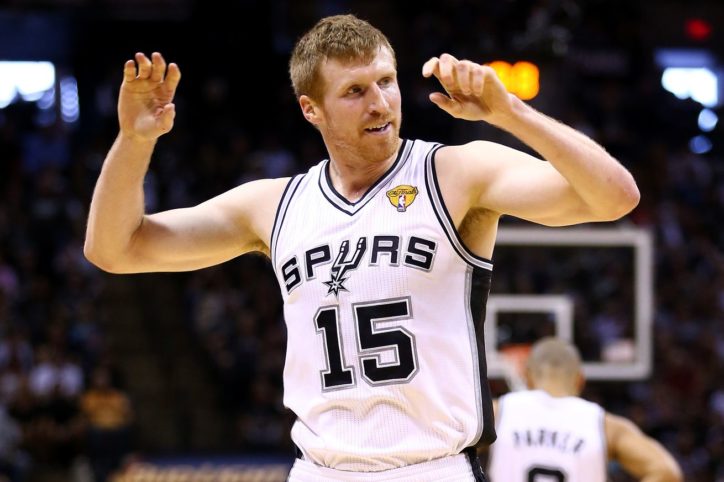 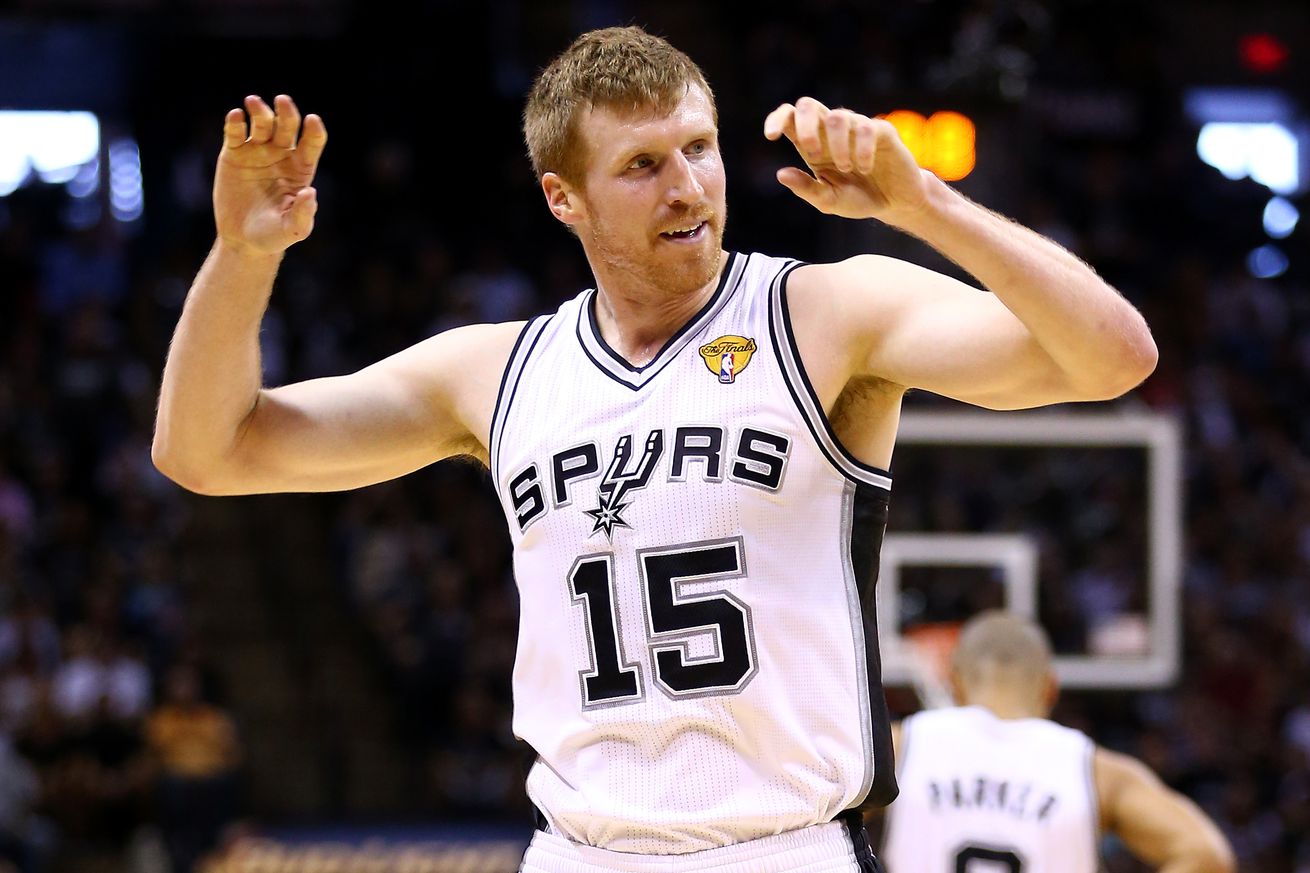 When the Spurs were in Atlanta Wednesday night, there was mention that the Hawk’s rookie Kevin Huerter has been nicknamed “The Red Mamba.” I think Spurs fans, and most basketball fans for that matter, take issue with taking an established monicker and re-appropriating it based solely on hair color.

Matt Bonner cultivated an exceptional career as a player, a fan favorite, and a great guy on and off the court. His interests in food and music matched with his open and inviting personality.

But the essence of The Red Mamba is his playing. Bonner was a 3-point assassin who contributed to two Spurs NBA Championship teams.

I personally found his longevity to Spursy that I made a case for retiring Bonner’s jersey and created a petition to hang #15 from the rafters.

Today, I double down on that discussion.

In Atlanta during the halftime challenge, both Bonner and Sean Elliott were quizzed on who else wore their legendary numbers. Neither Bonner nor Elliot could name another player who wore #15. Old school fans will remember Vinny Del Negro. Trivia buffs will recall Avery Johnson wore fifteen during one of his stints in San Antonio.

But no one has worn it as well and with the numbers that Bonner has, and no one ever will:

1st– Bonner ranks #1 in Spurs history for turnover percentage at 7.1%

4th in both 3-point attempts and 3-point goals leading to Bonner being . . .

Let’s honor The Red Mamba — the REAL Red Mamba — and add another jersey to the rafters from a player who has, and still continues to, impact the team, the league, and the city of San Antonio.