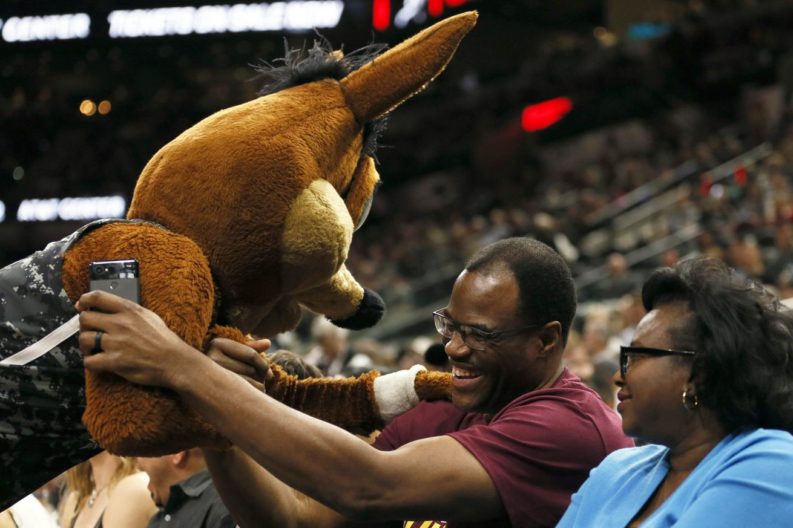 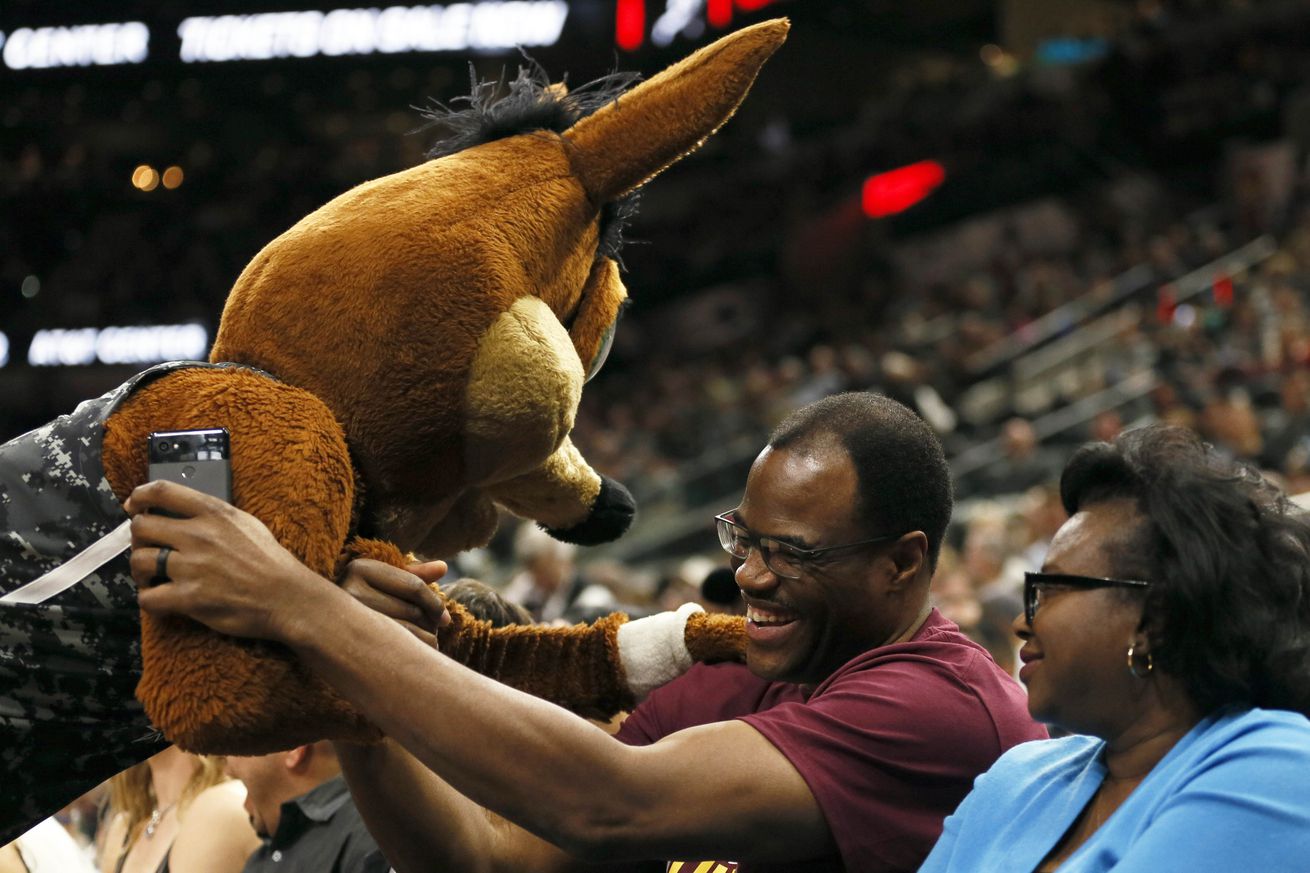 USAA’s Military Salute Night was another great way to say “Thank you” to local families from all branches.

Wednesday night USAA hosted a Military Salute Night at the AT&T Center. Spurs Family, a.k.a season ticket holders donate their seats so that military personnel can attend a game free of charge. In addition to the hundreds of seats that are offered to our servicemen and servicewomen, USAA has seats available at 40% off.

And for some, it wasn’t the seats that made the night so special:

You saw it live on the court, now take a behind-the-scenes look of Captain David De Jesus surprising his family after returning home from Korea.#SpursSalute pic.twitter.com/D76gbguvfa

The behind the scenes is telling of the lengths that this organization goes to in supporting active military and celebrating their families.

If you want to see the timeout as it unfolded complete with in-arena host Chuck Cureau:

The De Jesus family got a pleasant surprise last night during a game of Coyote Scavenger Hunt #SpursSalute pic.twitter.com/Ato6zSs18X

My wife and I attended a Military Night a few seasons ago where a servicewoman who had been stationed in Afghanistan was awaiting her brother in a huge gift box.

A Homecoming Surprise https://t.co/jpHl2RzW34 via @spurs

I cried in the stadium, then came home watched the recorded game, and cried all over again when they replayed it during the broadcast. What can I say, I’m a sucker for family reunions. And knowing how much families sacrifice when a loved one serves and has to be far from home, well, I respect that in ways words cannot describe.

And it’s exactly events like these going above and beyond that keep me enamored of the Spurs and their dedication to the military, family, and community.

Part of my Spurs story involves wanting to support a team and players that stood for something and defied the common “me” attitude that I saw running rampant in the NBA. While many players were demanding the spotlight, changing teams for titles, chest-pumping, and looking for a paycheck, I found solace in the honor and dignity of David Robinson, the laid back leadership of Tim Duncan, the team-first attitude of the Big Three, the professionalism of role players like Matt Bonner and Boris Diaw playing like stars, and the emergence of a humble and dedicated Kawhi Leonard.

After moving back to San Antonio and being able to attend games, I grasped the greater narrative of Spurs Sports & Entertainment through a multitude of programs, outreach, and youth driven support. Every year I become a little more vested in the Spurs and the community as a whole.

What’s your Spurs story? Why are you here? And what keeps you coming back year after year?