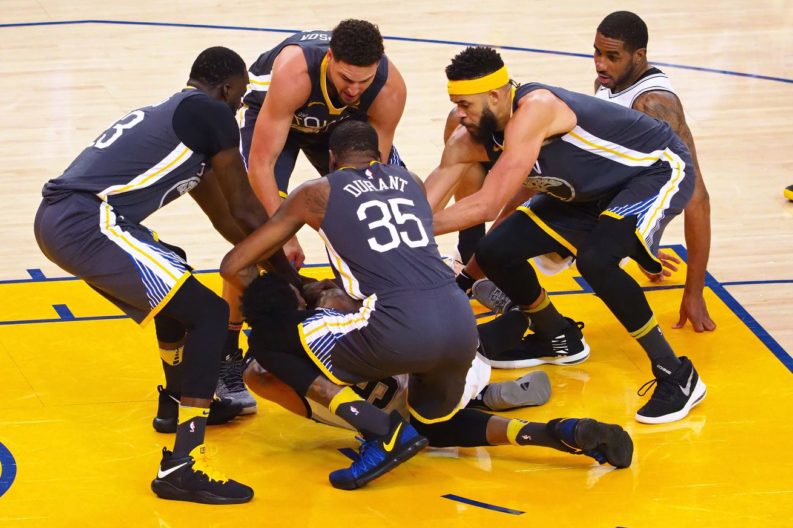 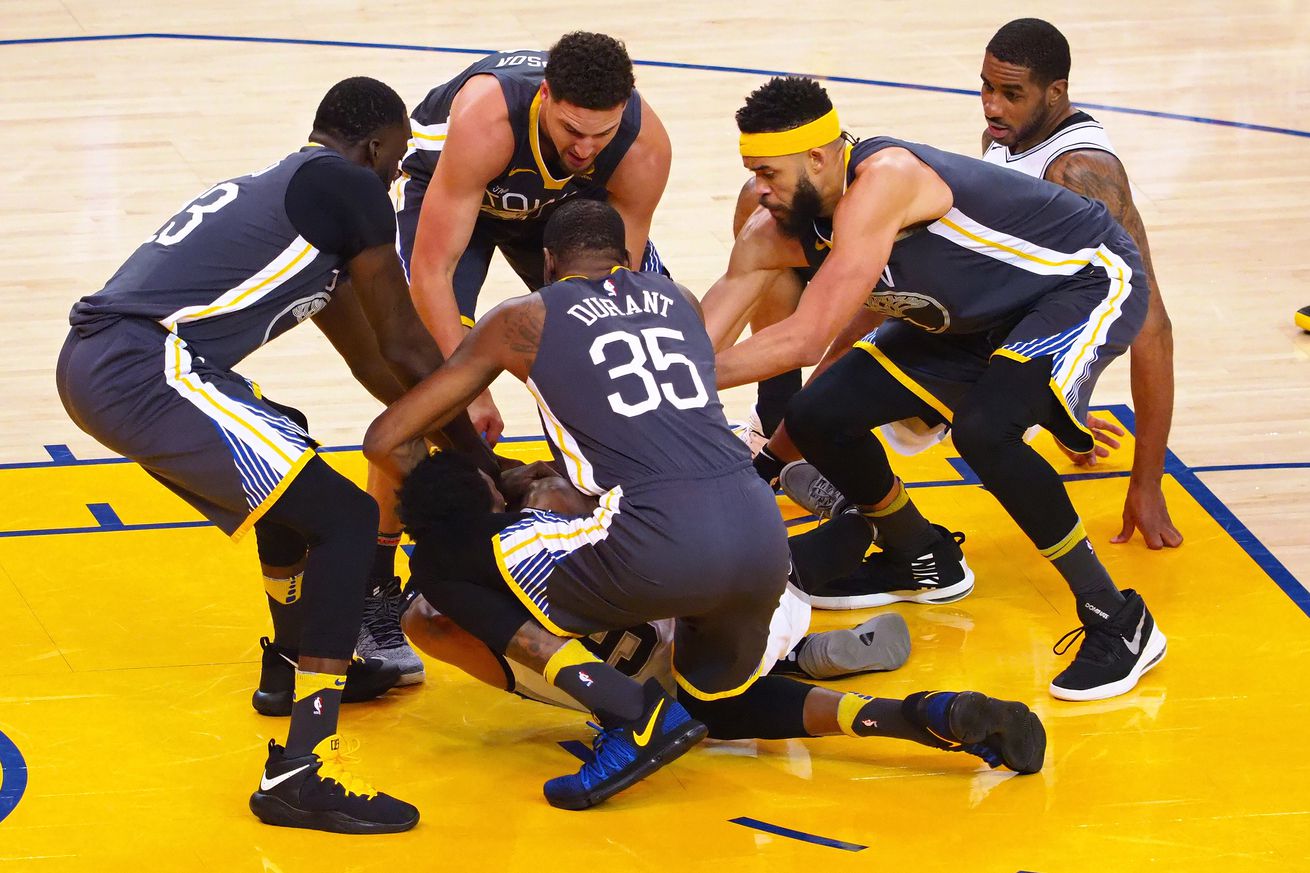 I have to admit, I love this photo. First of all, I found it in a search for “Dejounte Murray” and you can barely see him. What you can see is a picture of the back-to-back NBA Championship squad featuring four of their starters consisting of three All-Stars, a two-time Finals MVP, and a Defensive Player of the Year. The amount of intensity in their faces and body language tells the viewer this is serious. And they are all huddled around one guy – 21-year-old Dejounte Murray. When you’ve got those guys in your face and you still don’t let go . . .

Murray was the Spurs lone pick in the 2016 NBA Draft, having traded their second round pick to the Sacramento Kings for Ray McCallum, Jr. the year before. And at the 29th spot, he was considered another under-the-radar steal for the Spurs.

Murray has since taken on the role of starting point guard for the Spurs. In addition, he has broken Spurs records in rebounding for a guard.

With so much uncertainty facing the Spurs in this offseason, it’s good to know Dejounte Murray is dialed in and ready when Pop calls him.

Today is the day, dear Spurs fans. The draft is on ESPN tonight at 6:00 p.m. CST. Watch as the Spurs could draft the next Tony Parker, Manu Ginobili, or Dejounte Murray,