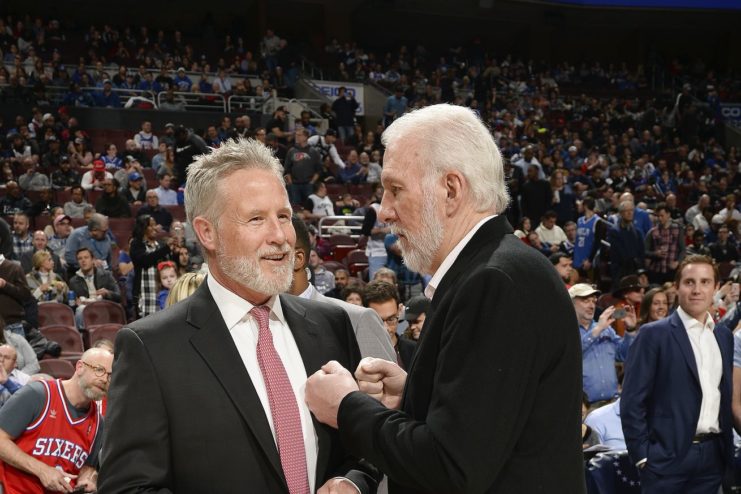 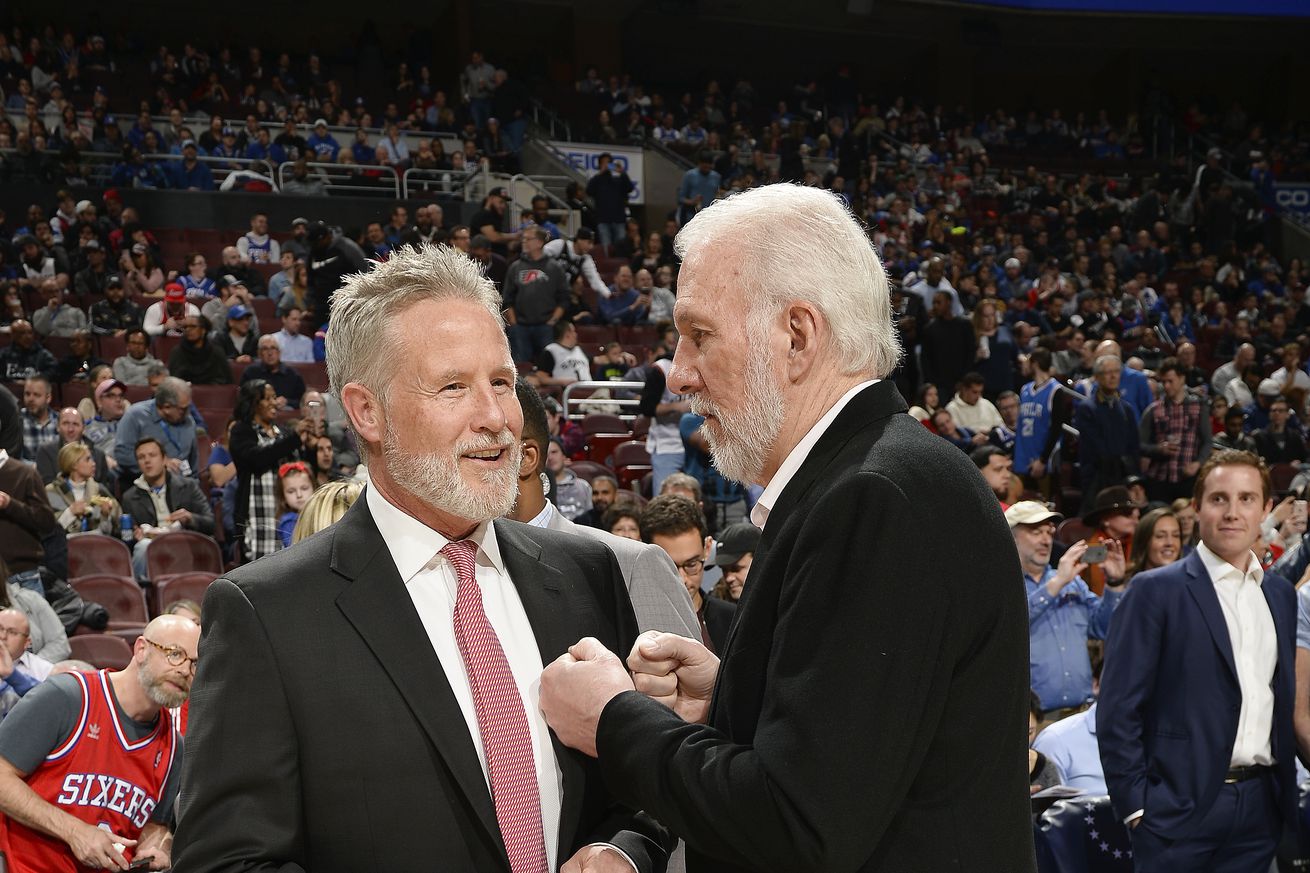 One-sixth of the NBA is currently run by coaches who studied under the master.

Spurs were in Philadelphia last night and with competition against Brett Borwn it brings to mind all the current NBA head coaches throughout the league who have worked under Gregg Popovich. At this point in his twenty-fourth season as head coach, there are five.

In addition to Brown, with Ime Udoka as his assistant, Mike Budenholzer, James Borrego, Monty Williams, and Jim Boylen are all currently serving as NBA head coaches.

What would you do?

Finally, one point of conversation for the day- Pop pulled the players when they were down eleven points with just over two minutes remaining in the game. I’m sure the idea of traveling to New York and playing in a back-to-back made chasing the win less than advantageous, but I thought DeMar was playing well and Rudy was on fire. If you were holding the clipboard, do you send in garbage time guys or give the heavy lifters another minute to take one last shot at stealing the game?