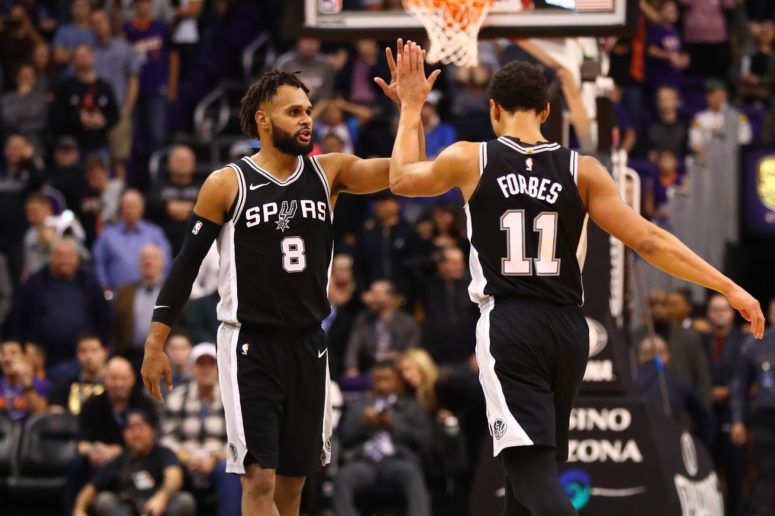 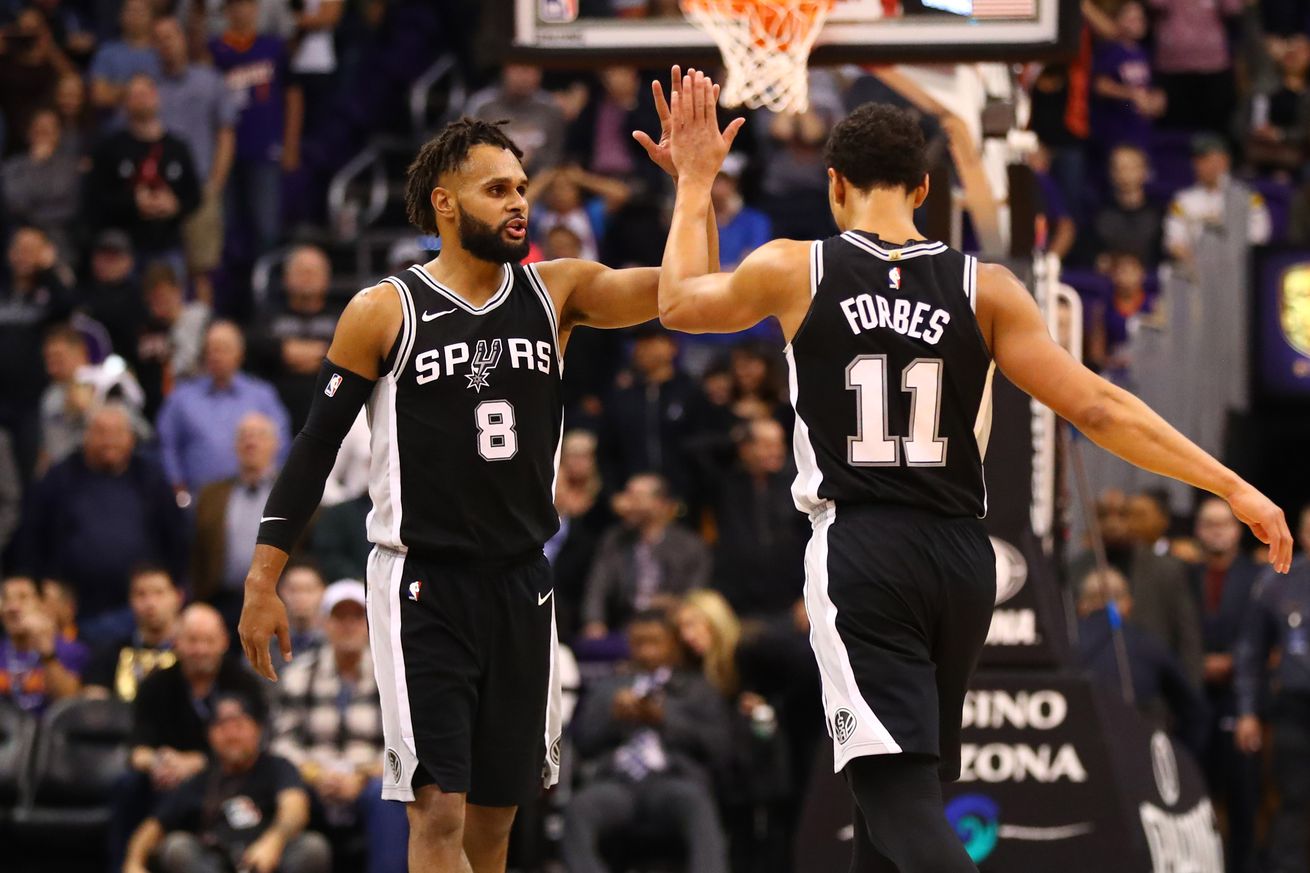 Forbes, Murray, and Paul started against the Suns and proved their worth.

For the second time in a week, Gregg Popovich turned to his bench to fill holes in the roster. Although Kawhi Leonard is expected to return this week, he has yet to set a sneakered foot onto the hardwood. Kyle Anderson joined him in street clothes this week after sustaining injury against the Thunder. Danny Green’s groin injury during the Celtics match-up kept him out of the 2nd half on Friday. He didn’t make the trip to Phoenix on Saturday. Tony Parker got some maintenance rest for his quadriceps recovery, and Manu Ginobili —after clinching the win over the Celtics— also watched this one from the comfort of his own home.

This left LaMarcus Aldridge and Rudy Gay (who has started the last four games in place of Anderson who was in starting in the place of Leonard) to lead Dejounte Murray, Bryn Forbes, and Brandon Paul into Phoenix. Murray led the team in rebounds with 14, Forbes hit the 3 that regained the lead with 21.5 seconds, and Paul scored 10 with 3 assists including the no-look pass to Rudy Gay on the fast break.

As it goes in San Antonio, every player is prepared to be called on at any time. And these young, talented players are showing that they are ready. Last week’s OKC game also featured the youngsters instead of the vets, and was very nearly a win. Spurs will be Spurs. And our Spurs are looking good.