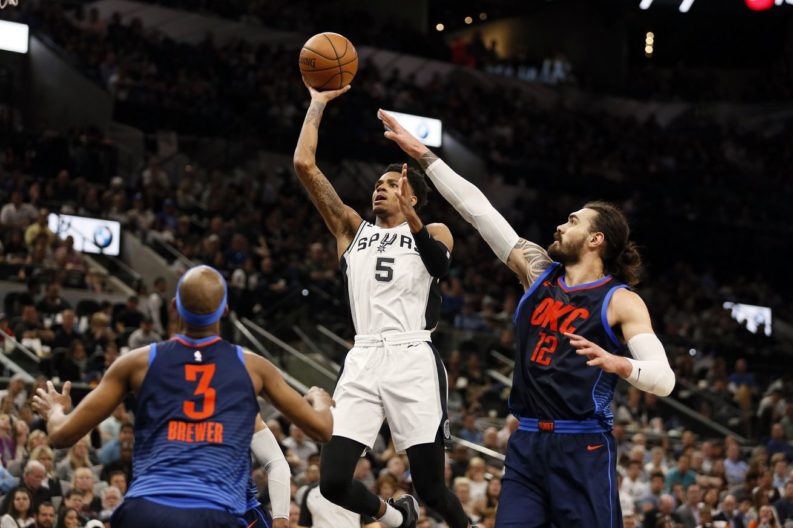 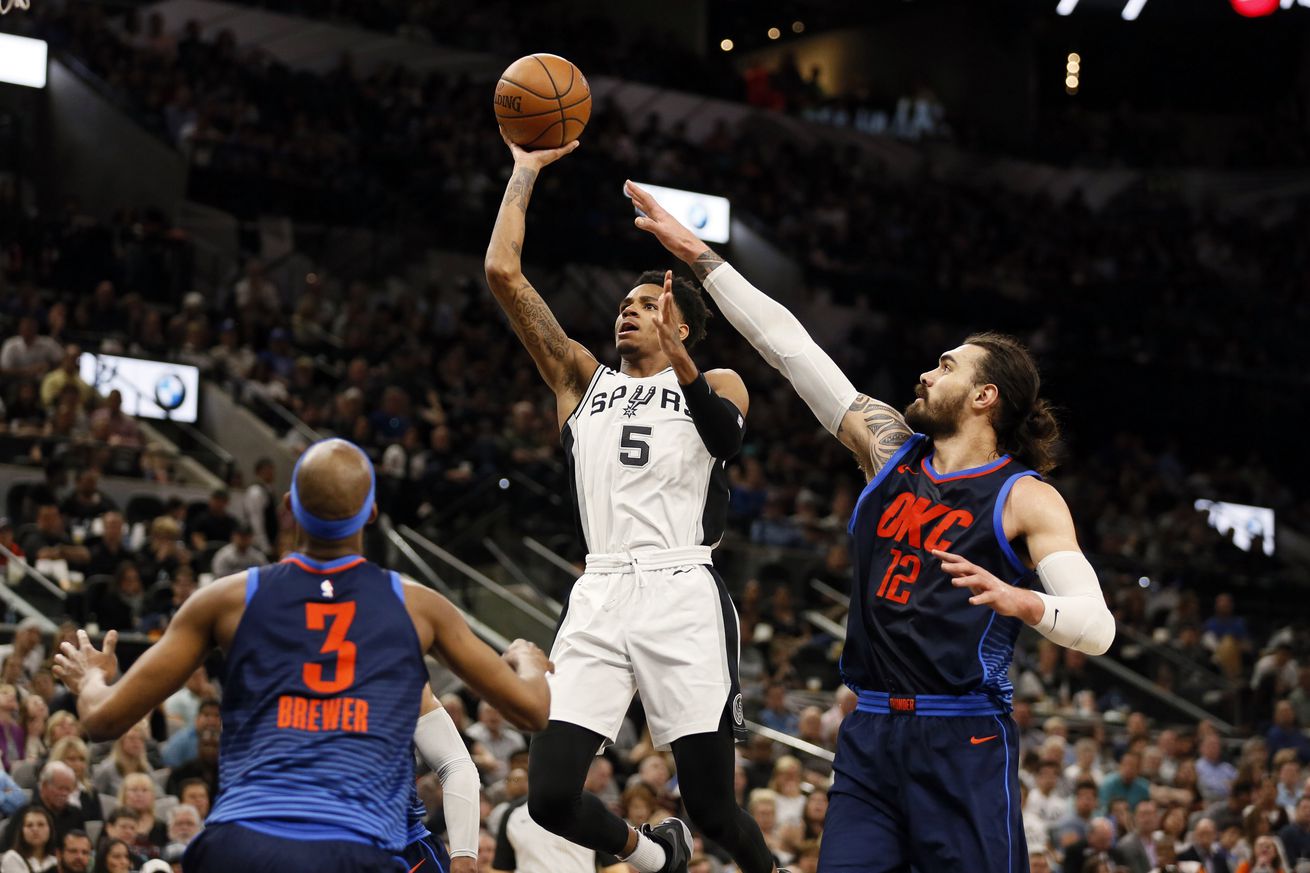 They are up there, for how long is another issue entirely

So the Spurs slugged it out with the Oklahoma City Thunder. Paul George and Carmelo Anthony, who had both struggled as of late, had solid performances. Westbrook played like Westbrook, but threw two awesome air-balled threes in the final frame. Karma for staying in with four fouls and not being called on an offensive foul? You be the judge.

The Spurs not only tied up the series at 2 apiece, but they hold the tie-breaking conference record that elevates them above OKC in the standings.

To make the night even sweeter, LaMarcus Aldridge led the Spurs in scoring again. This was his 50th game leading the team this season. In franchise history only 4 other players have led the team in scoring for 50+ games in a single season. Can you name the other four? (Hint: It’s not a trick question, the men are the obvious choices.)

Well, the Spurs 4th place seeding may not last 24 hours as the Thunder are back home hosting the Denver Nuggets tonight. The good news as Billy Donovan’s crew are on the SEGABABA and had to travel. The bad news is that it is the Thunder and they could be making up for some lost opportunities this past week. Root on Denver as they are just about too far back to effect the Spurs. A Thunder win and the Spurs drop to 5th.

The other game of concern is the Pelicans in Cleveland. The Brow and his posse can move past the Spurs with a win as they would have the same record and currently hold the tie-breaker. Meanwhile, the Cavs are clinging to the #3 spot in the East with Philadelphia breathing down their neck. Expect LeBron and the merry band of guys who have stayed in his good graces to play hard. Go Cavs, keep the Pelicans from flying tonight.

The Timberwolves (#7) are in Dallas, The Jazz (#8) are hosting Memphis, and the Trailblazers (#3) are hosting the Los Angeles Clippers (#9). Let’s just say it’s hard to see the Mavericks upsetting the T-wolves and Memphis crawling over the Jazz, but a Spurs fan can wish. There are so many ways tonight can go, it’s going to take an abacas and slide rule to get this hammered out.

But rest assured, I am on it. Check back tomorrow morning for updates and current standings.