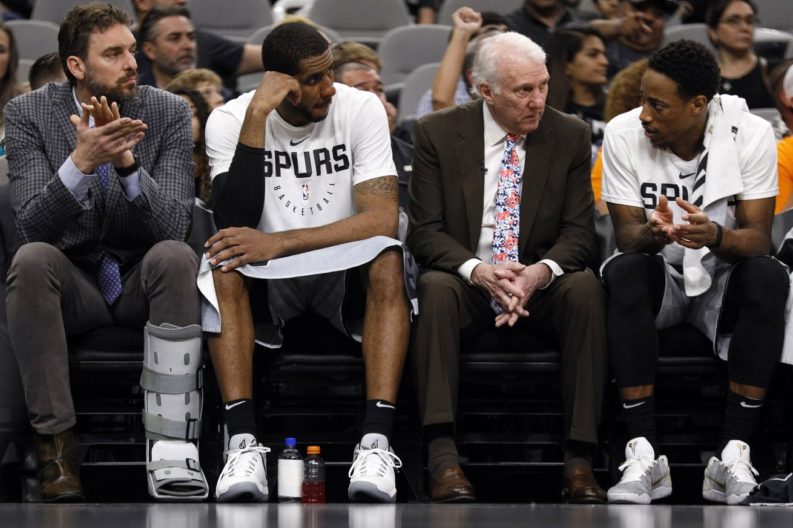 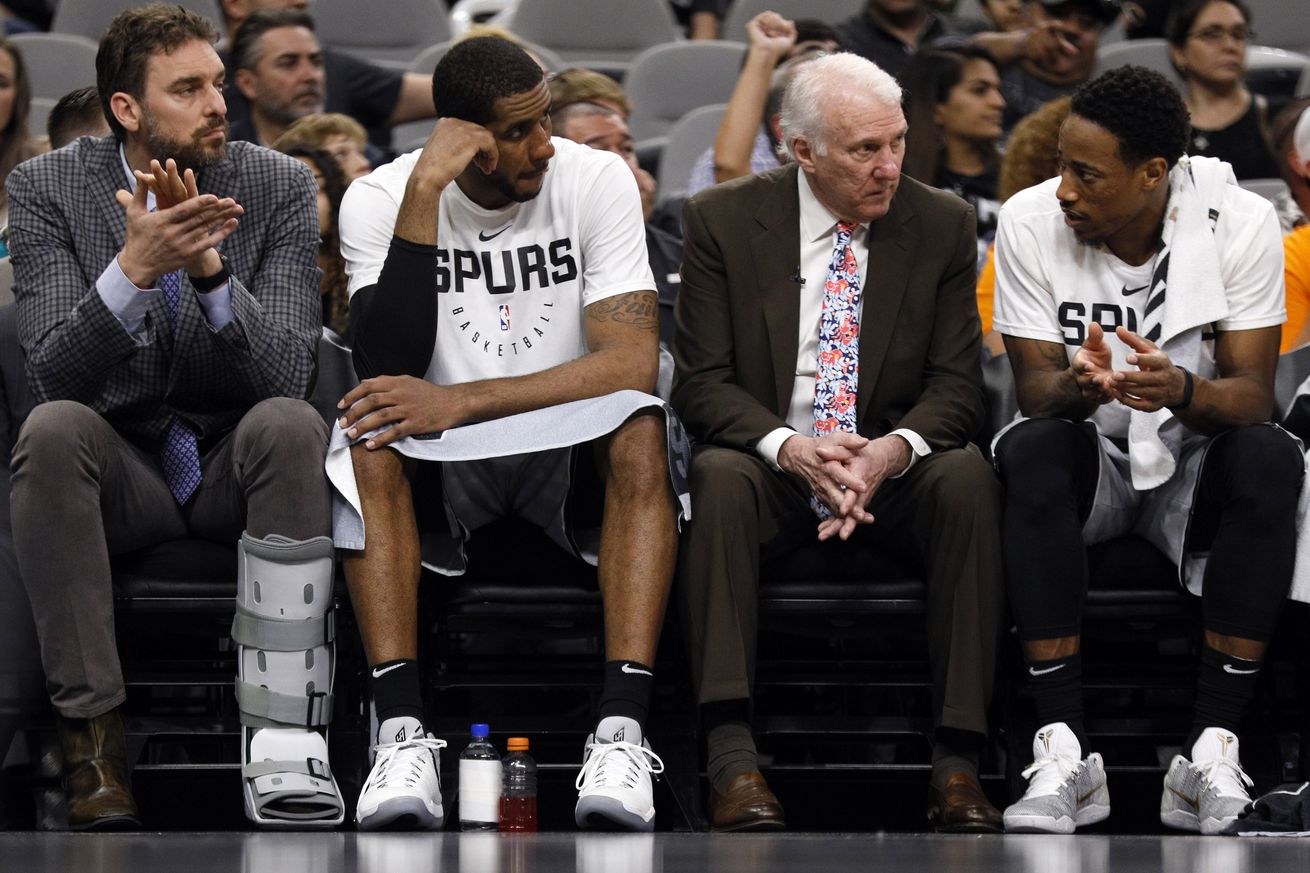 Help me out, Pounders.

(This piece was writing while singing Sting’s “If I Ever Lose My Faith In You”.)

Honestly, as long as the Spurs are the Spurs, I will stay a faithful fan. What do I mean by that? There was a play in the second quarter in which Rudy Gay spun around Chris Paul for a dunk.

Paul immediately blames a teammate and is seen berating him moments later.

I’ve appreciated for years that the Spurs don’t point fingers at one another. They move on and head into the next play.

Spurs have been faced with lots of injuries. New players. A mix of men finding a groove in a fast-paced season. Instead of hitting their stride, they are stuck in the mud right now.

I say this, but not so long ago — last summer to be accurate — I wasn’t buying into the hype surrounding Kawhi Leonard. And at a brunch, three intense Spurs fans debated the merits of Leonard’s silence vs. Jalen Rose and other pundits speaking for him. I was accused of being a “Stan”. I was told to let it go.

So, am I holding on too tight? Am I overlooking fundamental issues the Spurs are having?

I need you all. Let me know if your faith in the Silver & Black is waning or if you still believe.