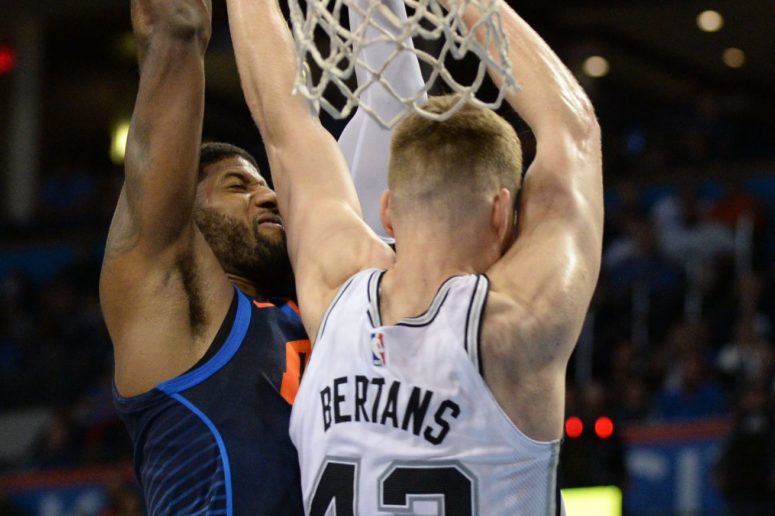 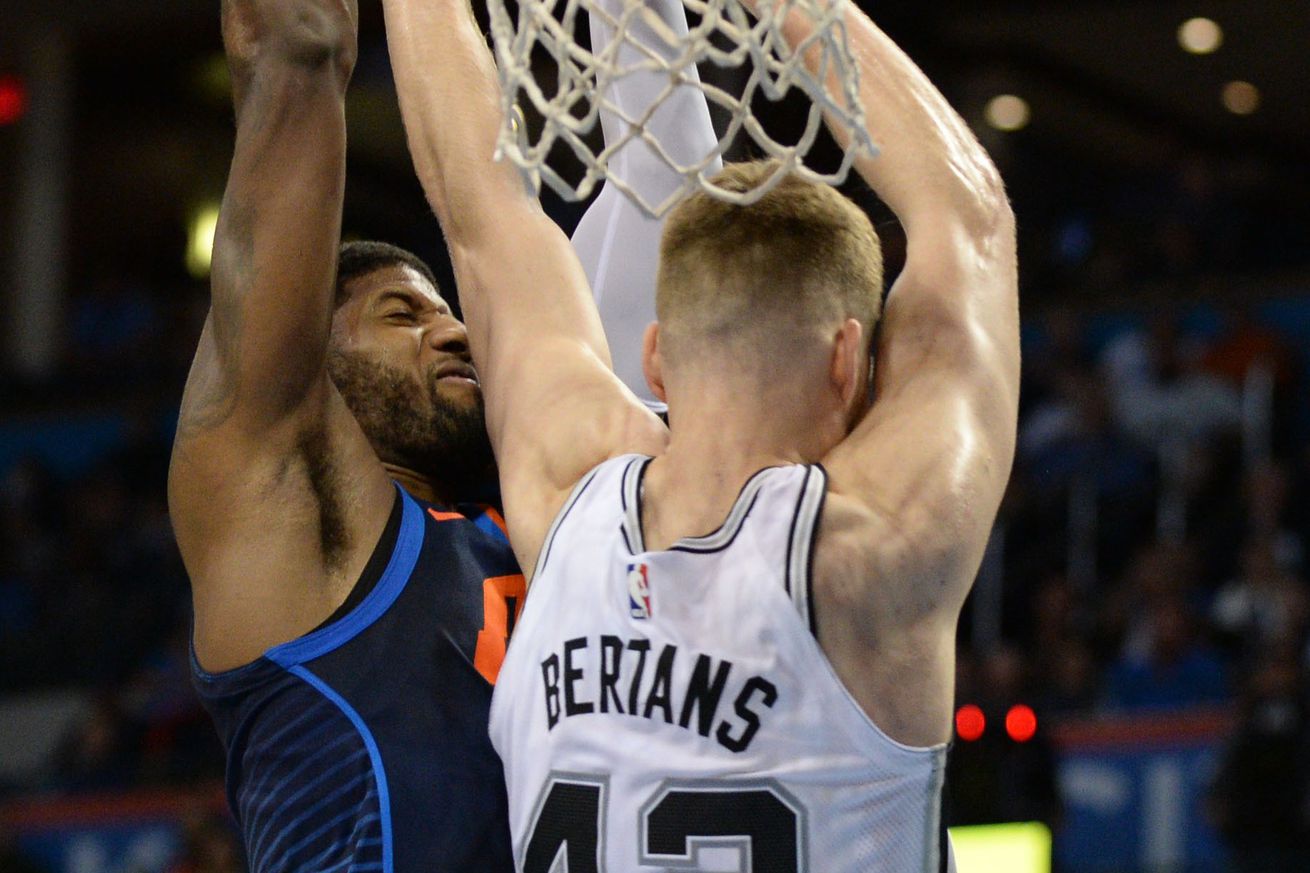 The Spurs come up short in Oklahoma City

Some only played the first half- Patty Mills, Danny Green, and Pau Gasol. (Correction, Danny Green played 3 minutes of the 3rd quarter).

One played his first game back after a fractured wrist- Derrick White.

They all played their hearts out and left it out on the court.

Murray, Bertans, and Lauvergne were the only Spurs to score in double figures. BP3 almost hit a game-tying 3-point shot (he’s shooting 40% beyond the arc this season).

OH, and did we mention it happened against a artificially assembled, star-studded Oklahoma City Thunder team manufactured to contend with the Golden State Warriors? Yeah, the Silver & Black lost by 3 with only 7 players with 9 3/4 combined years of NBA experience (and that’s still with Anderson not returning in the 4th).

What do you think? Pop over-rest these guys? Would 5 minutes of Manu helped? Should Patty have come back in the second half? Is the OKC experiment over this early in the season?