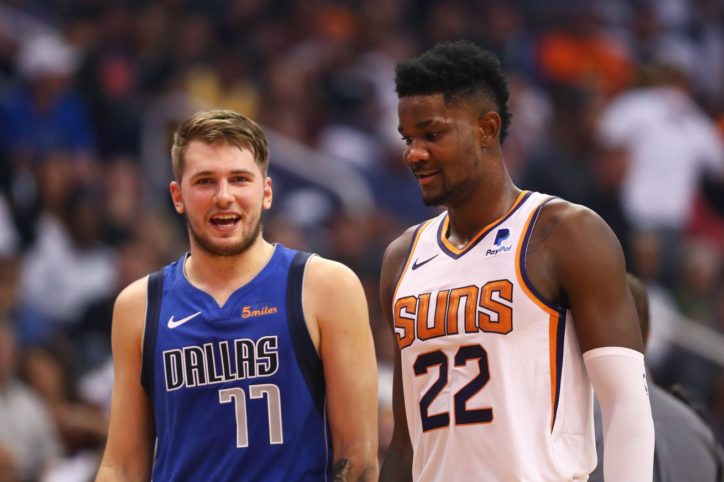 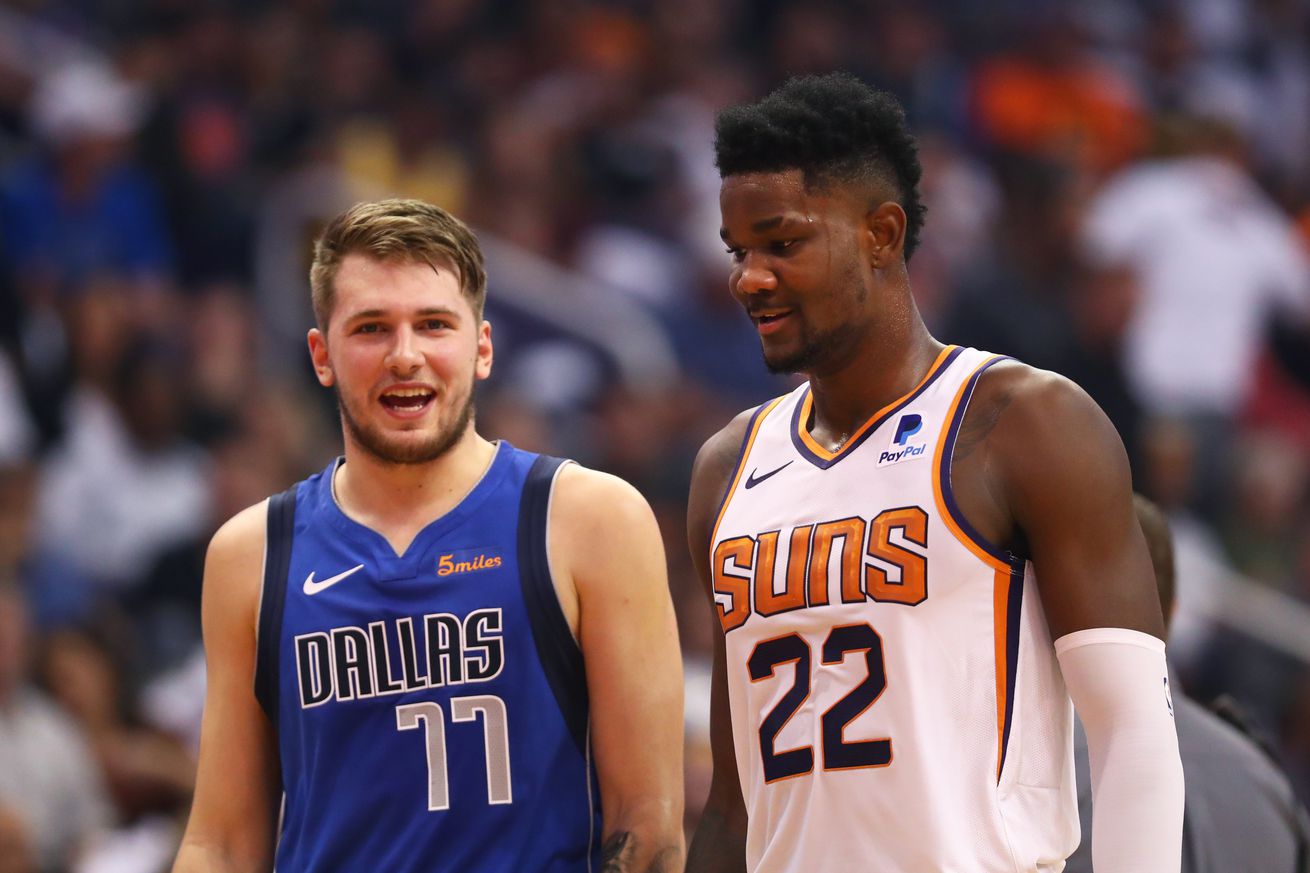 As previously mentioned, the NBA announced finalists for June 24th NBA Awards ceremony. You may recall that the annual awards for MVP, Sixth Man, Defensive Player, et al used to be announced and then handed out with little fanfare to the recipient in his most convenient location.

This is the third year since the awards have taken on a more ceremonial look. Fans can look forward to the reveal of the MVP, Sixth Man, and Coach of the Year without those nagging “Best Sound Effects” and “Best Documentary” categories.

This week Pounders will have a chance to participate in a PtR version voting. Each day, we will include an additional category. Feel free to vote for one of the finalists, add in your own “fourth” candidate, or go “Spurs only” in the comments.

Today, we feature the Rookie of the Year Nominees, an odd bunch (literally, the 1st, 3rd, and 5th draft choices).

Kia NBA Rookie of the Year

The 2018 #1 overall draft pick Deandre Ayton went to the Phoenix Suns. He has been compared to David Robinson and Anthony Davis. His inaugural year brought averages of 16.3 ppg, 10.3 boards, and 1.8 assist while averaging just under one block and one steal per game.

At the same time, Luka Doncic averaged 21.2/7.8/6.0 and stole the ball with a little more frequency. His numbers overall are better and he handled the ball quite a bit for the Dallas Mavericks.

The third nominee is Trae Young who ironically was traded (along with a protected first round 2019 draft pick) for Doncic. Young shined for the Atlanta Hawks scoring 19.1 and averaging 8.1 assists per game.

And finally, who is your vote for Rookie (or player making his first appearance) from the 2018-19 San Antonio Spurs?

Open Thread: Spurs fans weigh in on the NBA Rookie of the Year
Source: Pounding The Rock