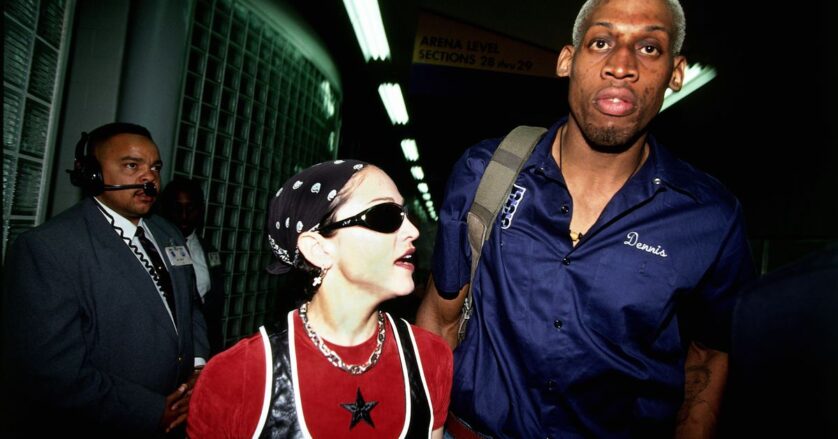 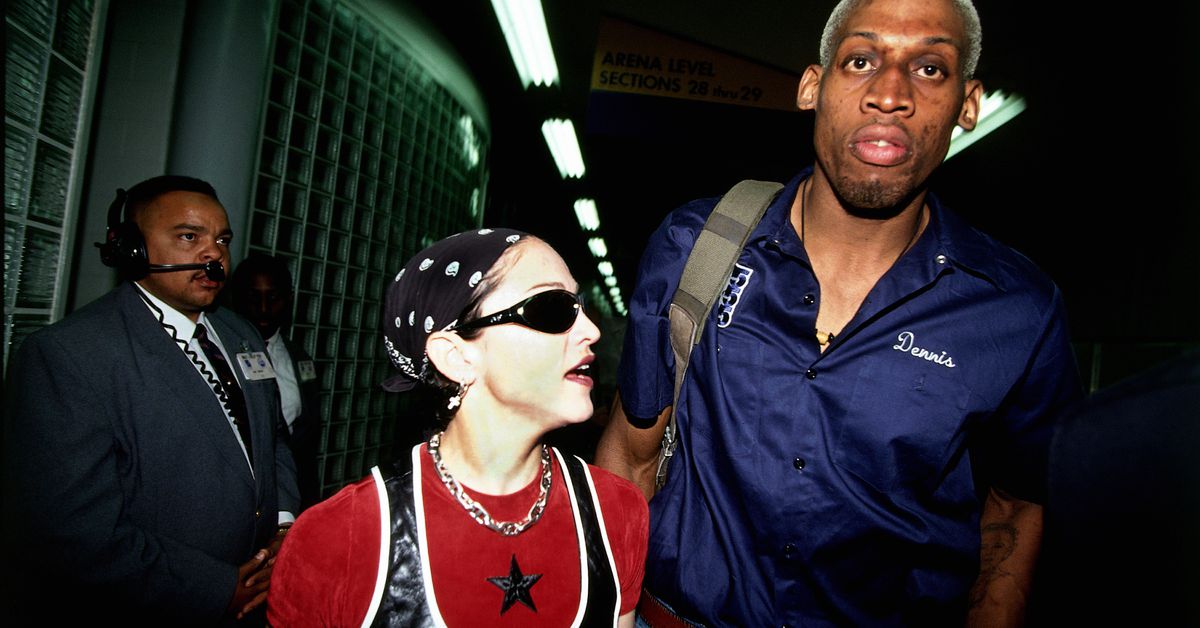 The Spurs are not considered a high-profile team. Not a lot of extra-curricular news stories that shock and awe in The Alamo City.

The back-and-forth between Keldon Johnson and Mariah Carey on social media had at least one Pounder comment that their ages (21 and 50 respectively) would most likely not produce a love connection.

Another comment elicited a memory of Tony Parker and Eva Longoria, probably the most high-profile Spurs relationship.

And then again, there was the time Dennis Rodman starting bringing Madonna to Spurs games.

For starters, Rodman turned out to look like the least Spursy player in franchise history. As a Detroit Piston, he was a tenacious rebounder. His passion made him a good candidate for the Spurs. That said, Rodman knew his limitations and didn’t always give it his best when it came to things like, say, free throw shooting.

The transformation of Rodman, the lanky, insecure, in-need-of-a-father-figure young man into “The Worm” took place as he made the flight from Detroit to San Antonio. The hair dye, the attitude, the bad boy wardrobe culminated as he shared the hardwood with the likes of David Robinson, Terry Cummings, Avery Johnson, and Doc Rovers.

On court behaviors led to suspensions and fines, While off court Rodman started a very public relationship with Madonna. The Material Girl was in attendance at games as well as notably making appearances in the Spurs locker room.

Rodman would downplay the relationship as was in his nature. Interviews often left Dennis defensive, which matched his style of playing.

Rodman’s antics and history have been subjects in recent years as part of The Last Dance series as well as his own 30 for 30 on ESPN.

The Spurs don’t pull the celebrity fans that show up in Los Angeles and New York, but every once in a while we have our Selena Gomez, George Strait, or even Snoop Dogg moment. But few match that awkward time in the mid-90s when Dennis Rodman was on court, and Madonna was on the sideline.