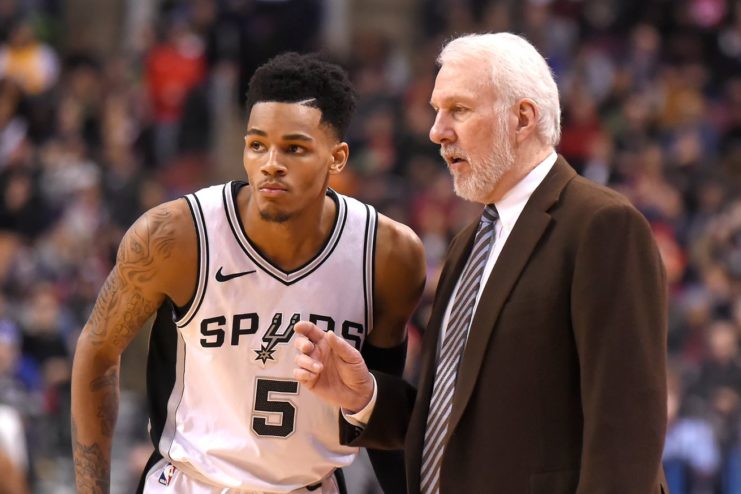 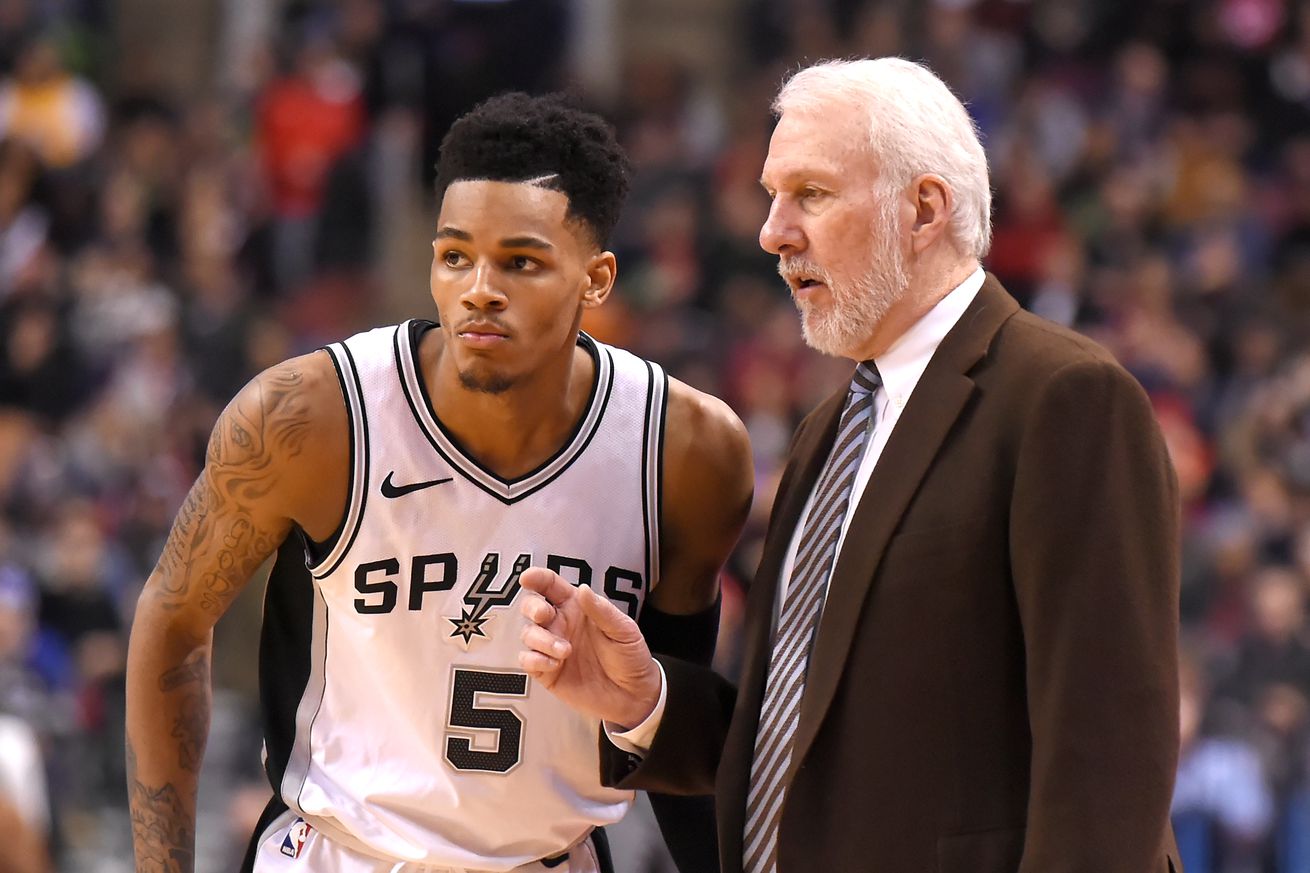 At the top of last night’s Spurs game, a graphic displayed the average of the current roster is 26.3 years old, the youngest team for head coach Gregg Popovich.

With veterans DeMar DeRozan, Patty Mills and DeMarre Carroll with ten tears each, Marco Belinelli with twelve, and Rudy Gay and LaMarcus Aldridge in their thirteenth years, young might not be what comes to mind.

But with the rest of the team consisting of three rookies (Luka Samanic, Keldon Johnson, and Quinndary Weatherspoon), three players in their second season (Lonnie Walker IV, Chimezie Metu, and Drew Eubanks), two at the top of the third (Derrick White and Dejounte Murray), another two in their fourth season (Jakob Poeltl and Bryn Forbes), and Trey Lyles starting his fifth, the youth movement is in full effect.

After just two games, it is obvious Dejounte Murray is important to the sustained greatness of the Silver & Black. The same was said last year about Derrick White and Bryn Forbes and can be said this season as well. With the rookies yet to suit up, the opportunities to shine in Pop’s line-up are infinite.