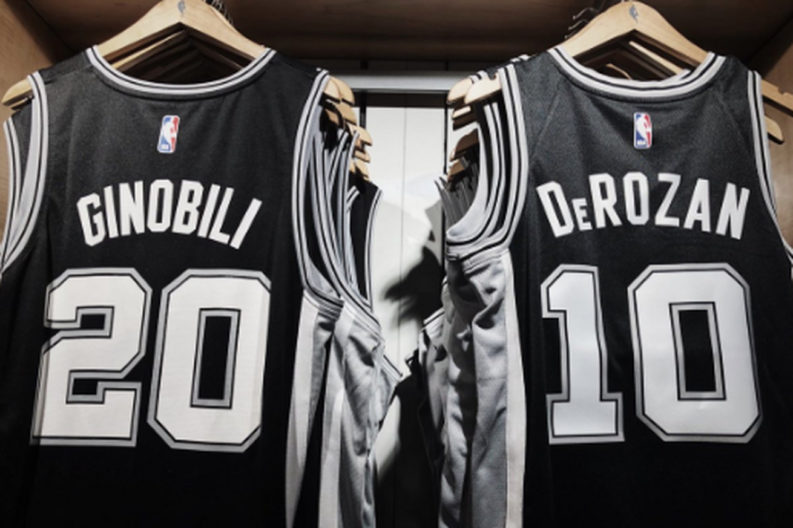 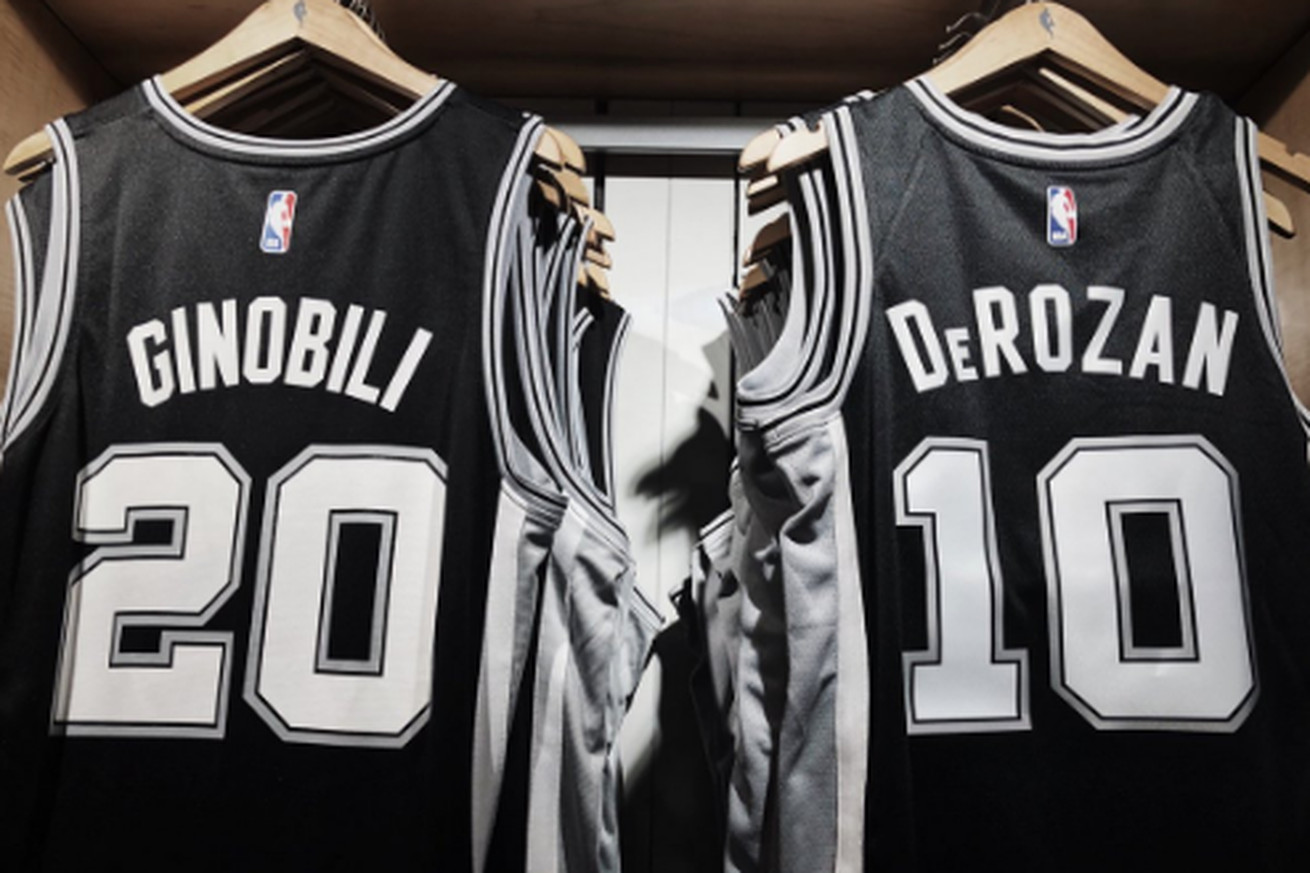 The players’ numbers have some subtle championship references

First off, thanks for Mark Barrington and Marilyn Dubinski for hosting the OT this week while I was away. It’s great to have such talented dependable friends to entrust when I cannot be tethered to my laptop.

I saw the new DeMar DeRozan #10 Spurs jersey made its way onto the racks this week.

It got me thinking- 10 is good. Speedy Claxton won a title wearing it in 2005 as Andrew Glaze had in 1999. But what about the other new addtions to the Spurs roster? I was surprised to see Marco Belinelli didn’t reclaim his championship number 3 now that Brandon Paul has left the Silver & Black.

Instead, he is going with #18. Only 3 players have previously worn the #18, most recently Rasual Butler for 46 games during the 2015-16 season. In addition, Cherokee Parks wore #18 for 42 games in the 2001-2002 season and Blake Ahern for 3 games in November of 2008. Given a long enough run into the post season and Belinelli could eclipse the lot of them.

But take a look at Jakob Poeltl who has chosen #25. It comes with a good pedigree. Both Jerome Kersey and Steve Kerr won NBA Championships wearing five-squared. Additionally, Doc Rivers and Robert Horry both sported the jersey during their respective tenures.

Dante Cunningham will be donning #33 which also comes with a storied history. Most recently, Boris Diaw won his 2014 NBA title in that jersey. Although James White only suited up for 6 games, he received a ring for his time with the Spurs on their 2007 title run. And who could forget Antonio Daniels in the double-threes during the inaugural 1999 Championship?