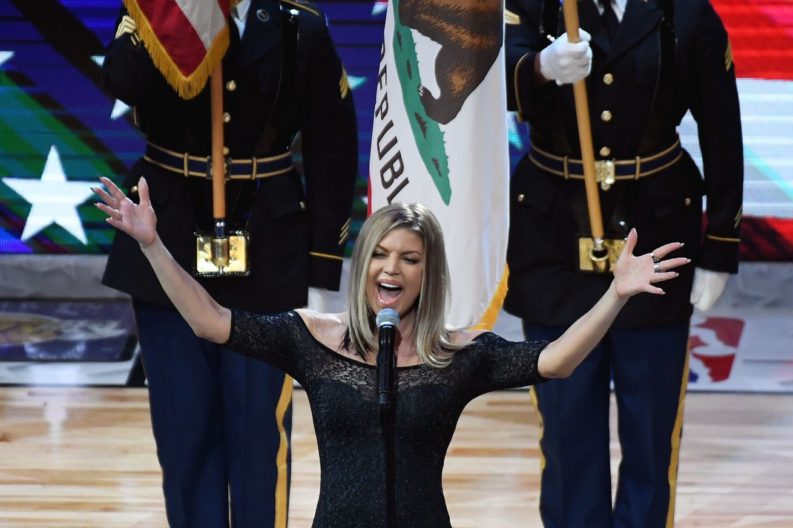 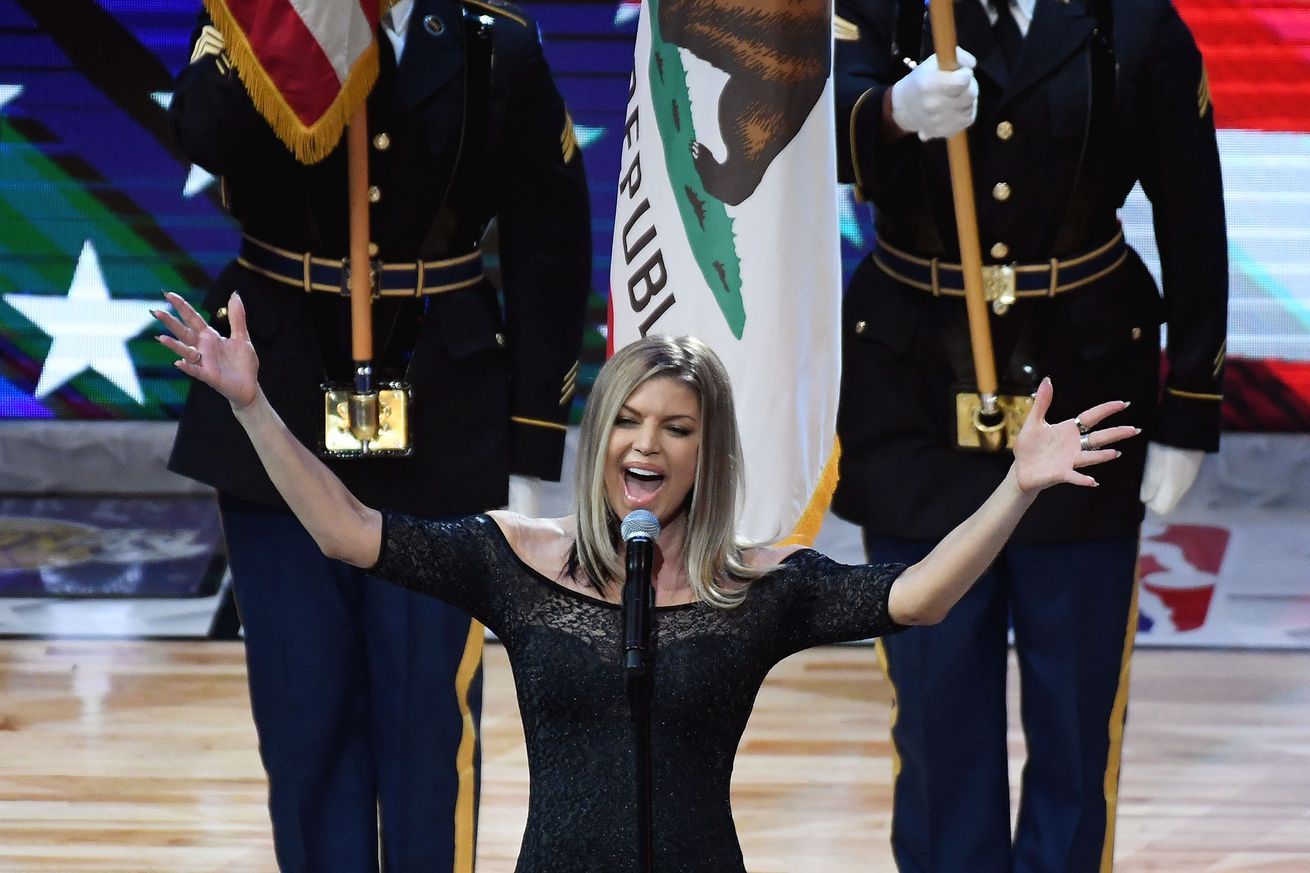 8-time Grammy award winning singer Fergie took to center court after the casually dressed Barenaked Ladies performed an a cappella rendition “O Canada” as a quartet. Fergie was definitely dressed to impress, and to her credit, she swung for the fences with her version of America’s national anthem.

To be fair, singing the national anthem is not easy. There are a lot of words and it requires quite a vocal range to successfully accompllish. Try singing it alone in your car and see how well you do on a trial run. I did so yesterday and had to restart a few times once I got deep in. My dog is still looking at me with a measure of shame.

Vocally, Fergie had the range. Stylistically, she ventured from the song’s straightforward nature, bringing a sultry, jazz-infused tone:

I, for one, was not as offended as it seemed many critics and fans were. It seemed most response was negative. Honestly, I thought she was taking the same type of chance Marvin Gaye took at the 1983 All-Star Game:

Like Gaye, Fergie made a concerted attempt to add a rhythm that doesn’t naturally exist. I’m not saying it wasn’t an awkward moment, but I am surprised no one has defended her choice.

Perhaps no one has exemplified “The Star-Spangled Banner” more than the indelible Whitney Houston whose version, complete with orchestration, was released as a single and re-released again after the September 11th terrorist attacks.

So, will Fergie go down in history for “ruining” the National Anthem or will it be an unfortunate blip? You can determine where Fergie may land in this Top 10 National Anthem failures:

What did you think? Was Fergie’s rendition a disgrace or an unfortunate misfire?