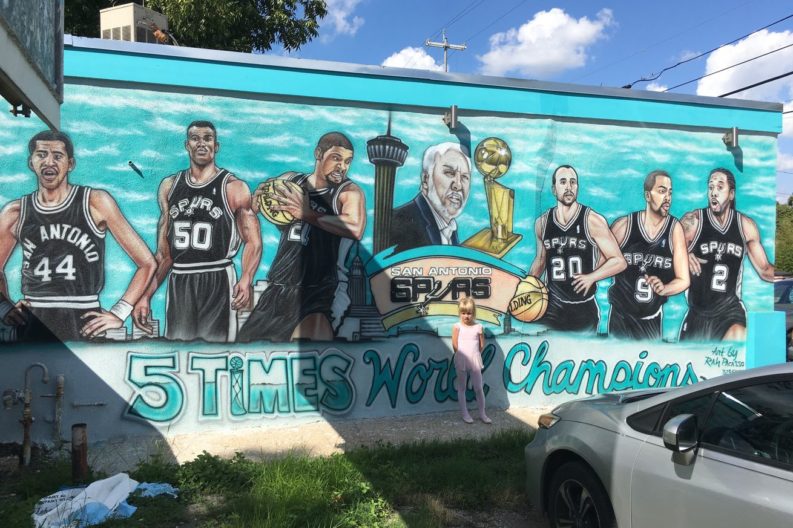 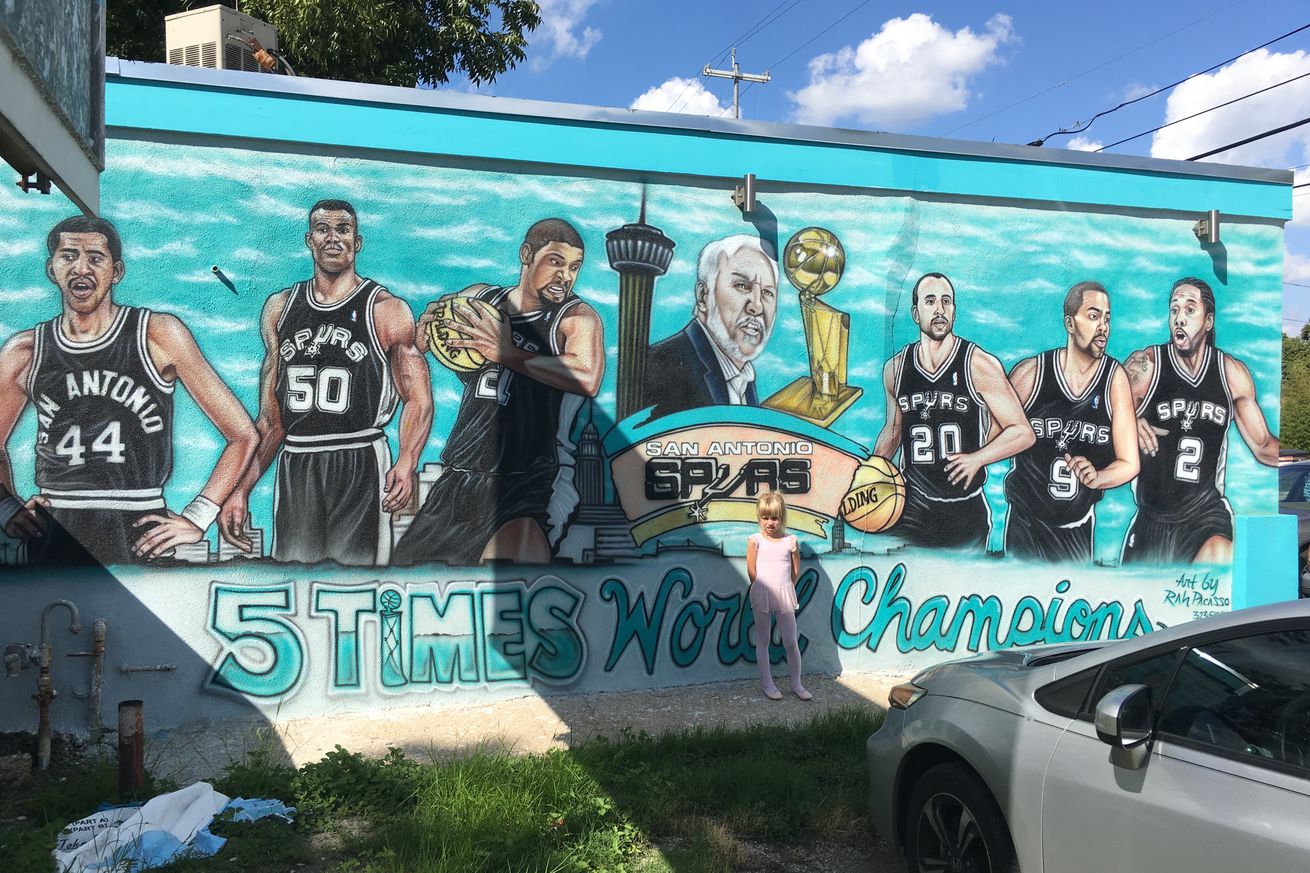 Just across the street from another Spurs mural

Starting at the AT&T Center and moving toward downtown is a good path to multiple Spurs murals. As mentioned previously, there are two murals at the AT&T Center. Just a few blocks down is the mural by “Criket” of Arte Loko at the Phillips 66.

Across the street at 801 Mel Waiters Way is this dedication to the 5 time NBA Champions:

The south wall of this barber shop pays homage to the Spurs legends who blazed the trail, starting with George “The Iceman” Gervin in his classic #44:

Through “The Admiral” David Robinson who put the Spurs on the map:

Up to “Big Fun,” Tim Duncan who is the only Spurs’ player to be involved with all five championships:

And of course, the next in line to have his number retired, the heart and soul of the Spurs Big 3, Manu Ginobili:

But, appropriately enough, at the center of it all with trophy by his side, sits Pop:

The entire wall is covered and is signed by Rah Picasso, who has a DVD about body art.

I hope you’re enjoying the Mural Tour. If you know of a mural, please pass it on. There are currently ten on our list, but we are willing to take this trip as far as it will go.