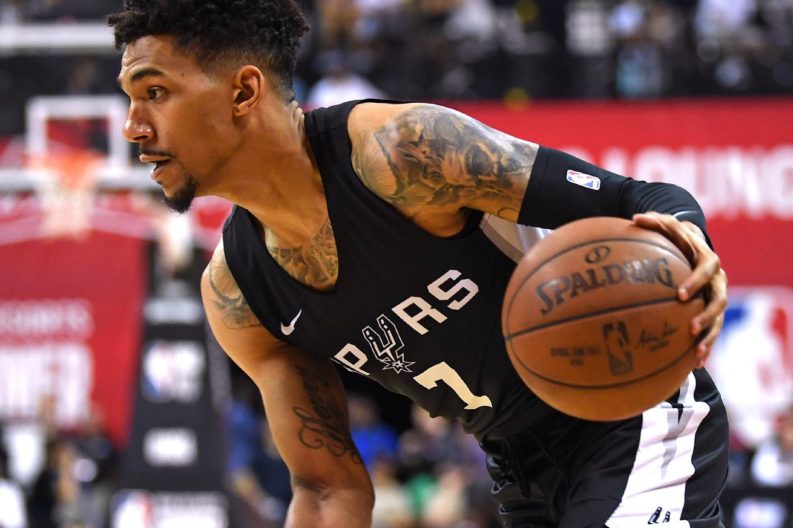 This has been a packed week concerning the Spurs. First of all, Amida Brimah and Julian Washburn were invited to training camp with Exhibit 10 contracts only to be waived three days later.

For those, like me, who are still learning the intricacies of building the roster, there are twenty spots during training. Of these, fifteen maximum can be invited to stay for the regular season. And due to an update in the NBA last season, two more spots can be offered as two-way players, meaning they play in the Spurs G-League Austin-based affiliate and can cross over onto the Spurs roster for up to 45 days.

Drew Eubanks has been offered a two-way contract leaving one more available to a youngster who plans to rack up some miles on I-35.

And here’s who we know that’s invited so far to compete for one of these spots:

Quincy Pondexter: Q-Pon is on a partially guaranteed 1-year contract which means the Spurs can waive him before the season and use that spot for another player.

Josh Huestis: The OKC small forward has already been working out at the Spurs practice facility. Let’s see if he can grab a spot in the position the Silver & Black look to need the most support.

Jaron Blossomgame: The Spurs 59th draft pick in 2017 joined the Austin Spurs last year and helped pave the way for the 2018 G-League Championship to land in the state’s capital. Pounders have been filling comments pages with requests to see the 6’7” forward receive the remaining two-way contract. Not to far fetched an idea depending on what Coach Pop is looking for.

Olivier Hanlan: If you don’t pay attention to the Austin Spurs or Summer League, Hanlan’s name might not sound familiar. If it does, it may be because the Spurs acquired the point guard from the Utah Jazz in a trade for Boris Diaw.

Okaro White: The 6’8” power forward went undrafted in 2014 but has journeyed through Italy and Greece as well as a series of 10-contracts with NBA teams before landing in Cleveland at the end of last season. He did not play for the Cavaliers in the post season although he was eligible.

Stay tuned this week for any updates and hopefully news from the practice gym in San Antonio.