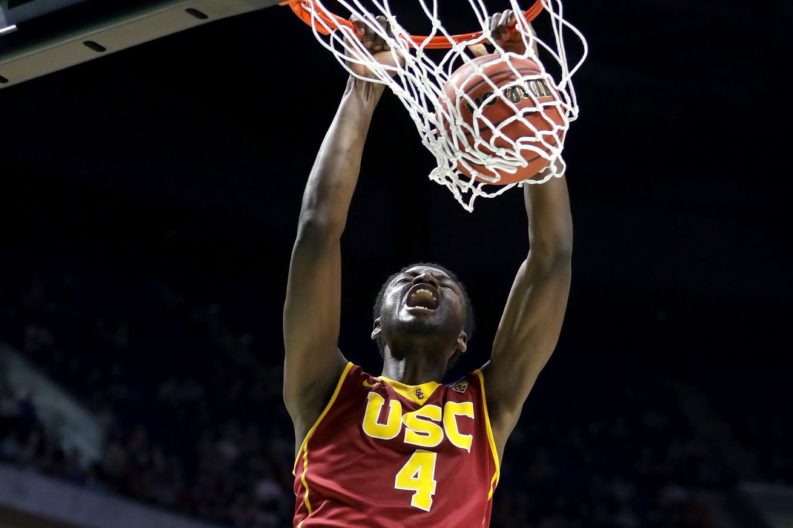 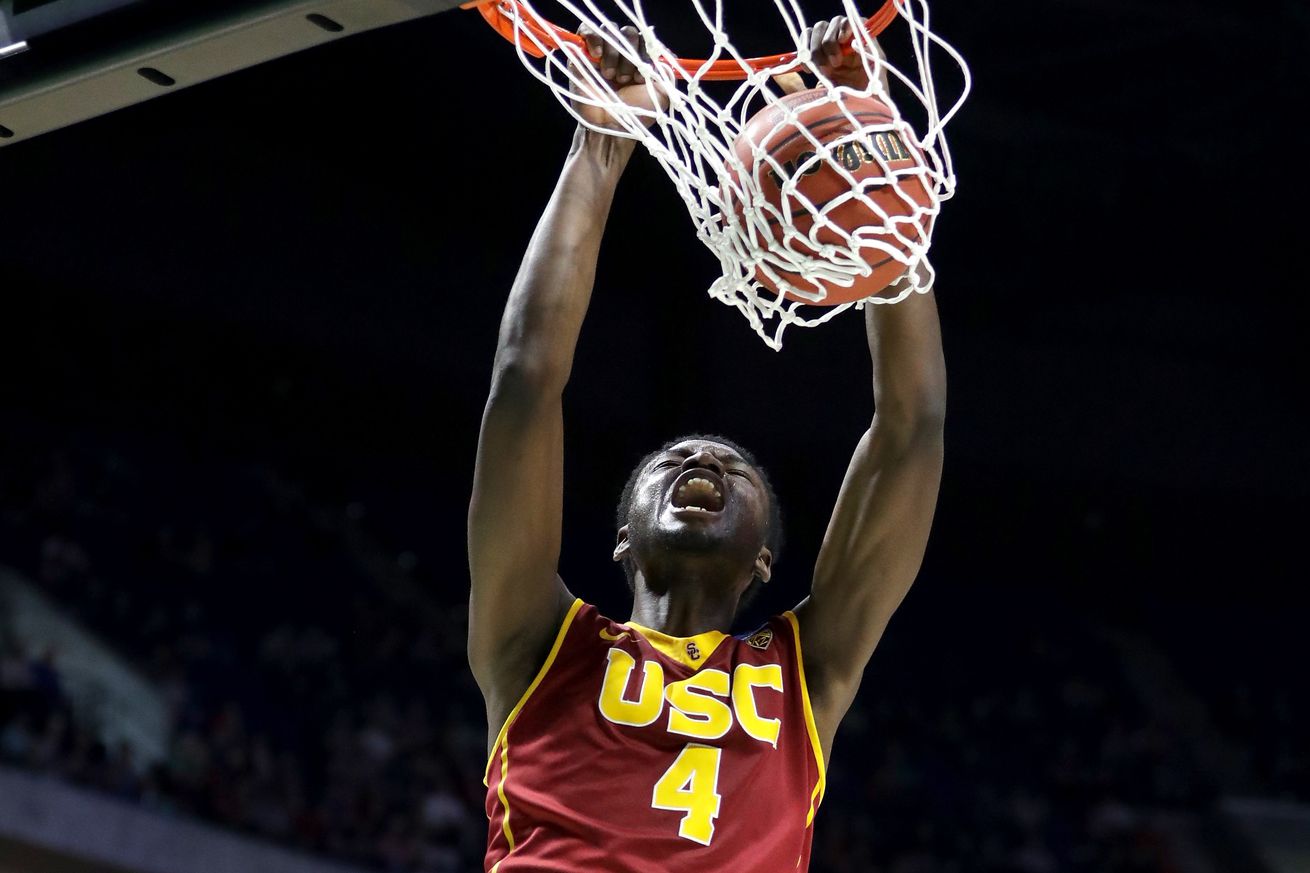 The Spurs went athletic with their second round pick

With the 49th pick, the San Antonio Spurs chose USC center Chimezie Metu. The 6’10” Trojan was the Pac-12’s Most Improved player of 2017. That same year he also garnered Second-team All Pac-12 honors. In his junior year, he moved up into First-team All Pac-12 while averaging 15.7 points per game along with 7.4 rebounds.

At first glance, Metu is not built as sturdy as many of the men he would inevitably face in the pros, but he does have the length and agility to move around in the post to get his shot.

In addition, the young big man has a decent shot from distance reminiscent of LaMarcus Aldridge. Thats said, Metu will up his NBA opportunity if he can stretch the floor and take that shot from beyond the arc.

His length and athleticism also serve him well on defense where he blocked 54 for shots during his freshman year, the most by a USC player since Taj Gibson. His blocking was consistent throughout his three season in California.

His ability to keep moving paired with his passing ability is sure to highlight his first year if he is paired with the right pick-n-roll facilitator.

Hopefully, Metu will make an appearance in Summer League so Spurs fans can get a better look at this young, exciting prospect.