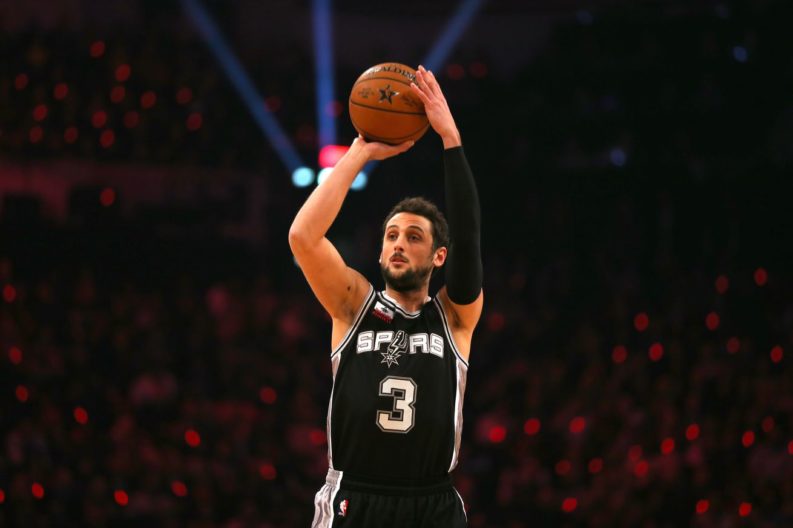 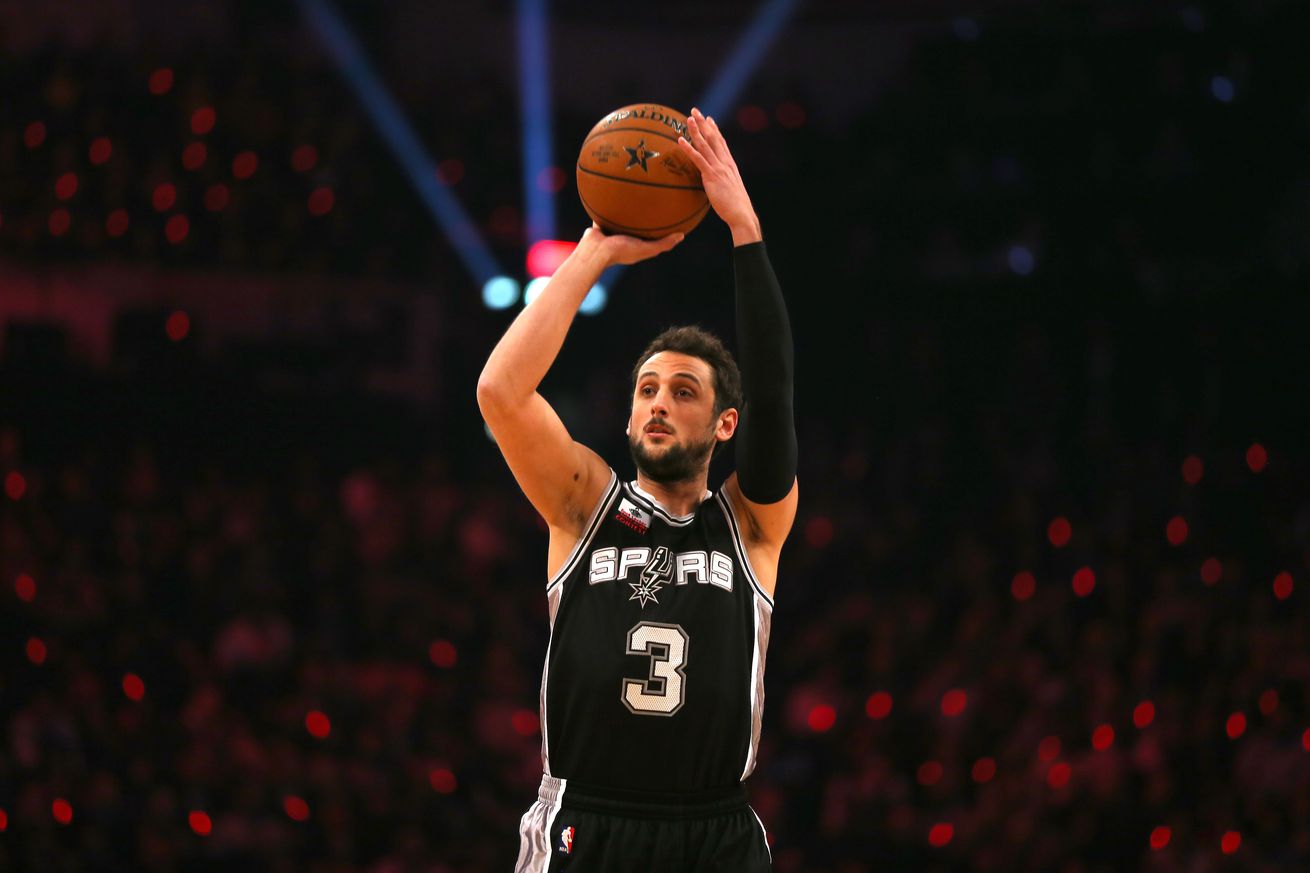 So many records are being broken with the Silver & Black. Marco Belinelli, who won the 3-point shooting contest during the 2014 All-Star Weekend, has surpassed Robert Horry in all-time makes beyond the arc while wearing a Spurs jersey.

Marco Belinelli has now hit more career three-pointers for the Spurs than Robert Horry. He moves into 18th in San Antonio history with 215 treys.

Horry scored 213 3-pointers during his 411 games with San Antonio, but Belinelli passed him in his 174th game with the Spurs – which should give you an indication of how proficient Marco is from distance. It also underscores the importance of the 3-point shot in the modern NBA.

Horry was known for his clutch plays and timely 3-pointers, and yet his style would not translate into the modern NBA with the same success he enjoyed during his heyday.

Next on the list for Marco is Terry Porter in 17th place with 236 3-balls. At this point, Belinelli is on pace not just to pass Porter this season, but Dale Ellis, Roger Mason, Richard Jefferson, and Jaren Jackson as well. See the Spurs’ list here and check back throughout the season as Belinelli elevates up the all-time rankings.

On a personal note, my band The Gunslingers just booked as the opening act for Monte Montgomery, a true Texas guitar legend at Sam’s Burger Joint on Saturday, November 3rd. This is the biggest gig of my “little engine that could” music career. If you are anywhere near San Antonio (and not already attending the Spurs game), please considering coming out. I would appreciate your friendly faces. Buy your tickets here. And if you do, send me an email and I’ll put you in the running for some Spurs swag from my personal collection.