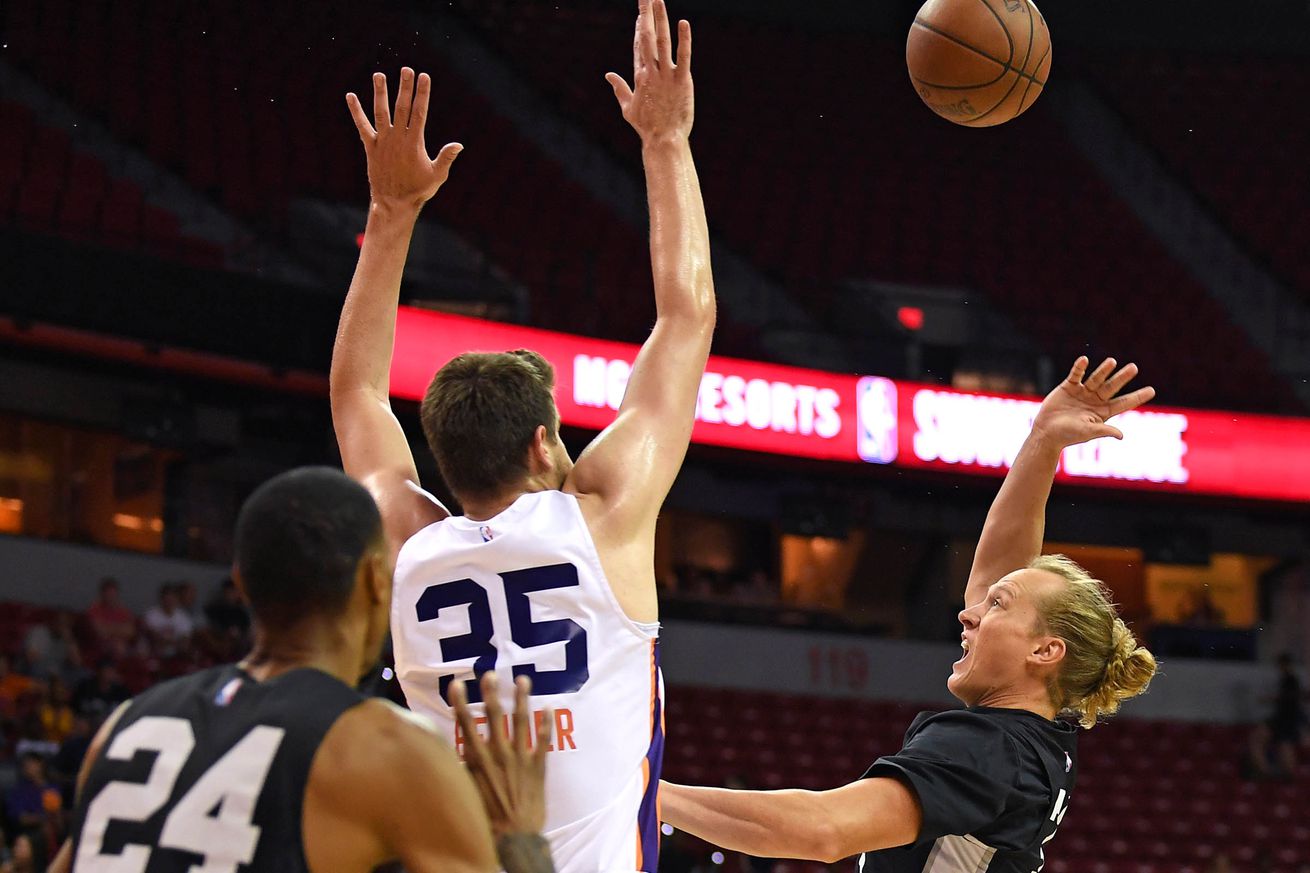 NOTE: Jeph Duarte is out from August 9-14. I’m covering the Open Topic with a 5 part story about NBA Las Vegas Summer League. This is the first part, the second part will be published tomorrow.

The fact that the NBA Summer League is based in Las Vegas has always struck me as kind of ironic. The economy in Las Vegas isn’t based on anything you can touch, it’s based on the irrational and all too human belief that you can beat the odds and turn your stake into a fortune, despite the near mathematical certainty that the house will win in the end. That’s how the casino owners can pay to pave over a huge patch of desert and place giant neon encrusted cathedrals to irrational belief in winning. But that’s probably too bleak, because while almost everyone loses their stake, you always have some who win, despite the odds. And maybe beating the odds isn’t the only thing that matters, because if you don’t take it too far, you can enjoy the journey, even if you don’t hit the jackpot.

When I was offered an opportunity to go to Vegas to cover the Spurs with much of my expenses covered by SBNation (the parent company of Pounding the Rock), I jumped at the chance. I had lodging at a dorm on the UNLV campus just two blocks from the arena and free entry to as many games as I wanted to watch, and I also had a chance to meet and hang out with several writers from other blogs in the SBNation family.

I landed at McCarran International Airport early on Friday morning. Sometimes you can’t really know what a place is like when you drive through it, the best way to really know what it’s like it to walk and see it close up. A quick check ofGoogle maps showed that the terminal was very close to the airport terminal, only a little over a mile away. So I decided to walk to my dorm room. It was 8 am, how bad could it be?

The first part of the route is a sidewalk on the airport grounds and it’s not bad for a trek across the desert, but once you leave the confines of McCarran International, you have to walk about a mile along Paradise Rd towards UNLV. The name is ironic. Just about every inch on Las Vegas that isn’t covered with asphalt is covered with cheaply built strip malls or casinos.

That’s not literally true, there are small areas here and there where the pavement-like native soil is exposed and soaking up the energy from the sun. The radiant heat in Las Vegas assaults you every second you’re outside, it feels like you’re in a giant toaster oven and you’re a giant tuna melt sandwich that’s about to be overcooked. But eventually, I reach the UNLV campus, which is an inviting oasis of green lawns and pleasant architecture among the gaudy excess of the rest of Sin City.

I check into my dorm room, and despite being rather spartan, it’s quite pleasant and cool. After a short rest on my narrow and hard bunk bed, I head to the arena for the first games of the day. I have five days in Las Vegas, and I’m going to spend most of them inside the Thomas and Mack Center, where all 30 NBA teams will be fielding squads of players that are either young players under contract that they’re developing or guys who haven’t been able to land a place on an NBA squad, but are willing to try to prove that they are good enough to be on somebody’s roster in November.

Not all of the guys aspiring to make it to the NBA are young. There are quite a few players who have NBA experience who play in summer league, looking for another shot. Experienced players like Byron Mullens, with 5 years of experience in the NBA playing on Orlando’s summer squad. But he wasn’t the oldest.

Unsurprisingly, the two oldest players in Summer League had connections to the Spurs organization. The oldest player in Las Vegas Jeff Ayres, 31 years young. He won a championship with the Spurs in 2014, and now he was in Vegas as late addition to the summer Lakers squad, and was a valuable contributor. At just over 30, Jeff Ledbetter of the Spurs was the second ranked in age among listed players, edging out John Holland of the Cavs by a few months. Although he played well in Summer League and also in The Basketball Tournament, he’s a long shot to be on an NBA roster this fall. I was looking forward to seeing them play as much as some of the more heralded players like first overall pick Deandre Ayton and Spurs’ first rounder Lonnie Walker IV.