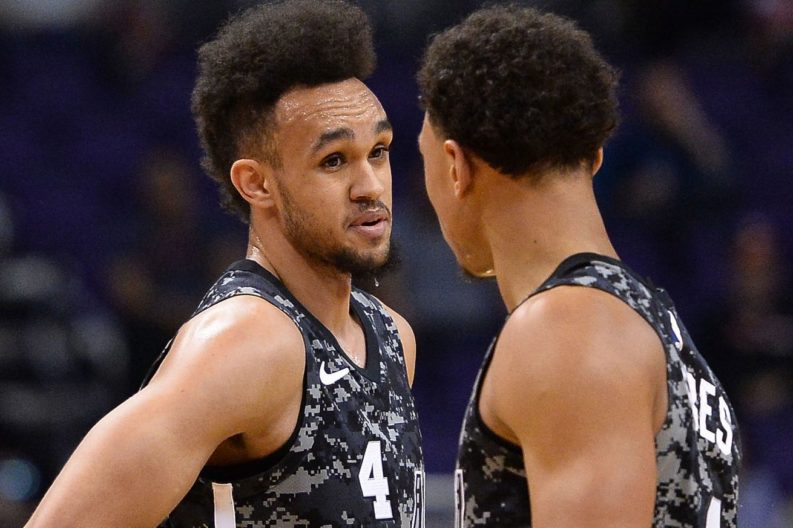 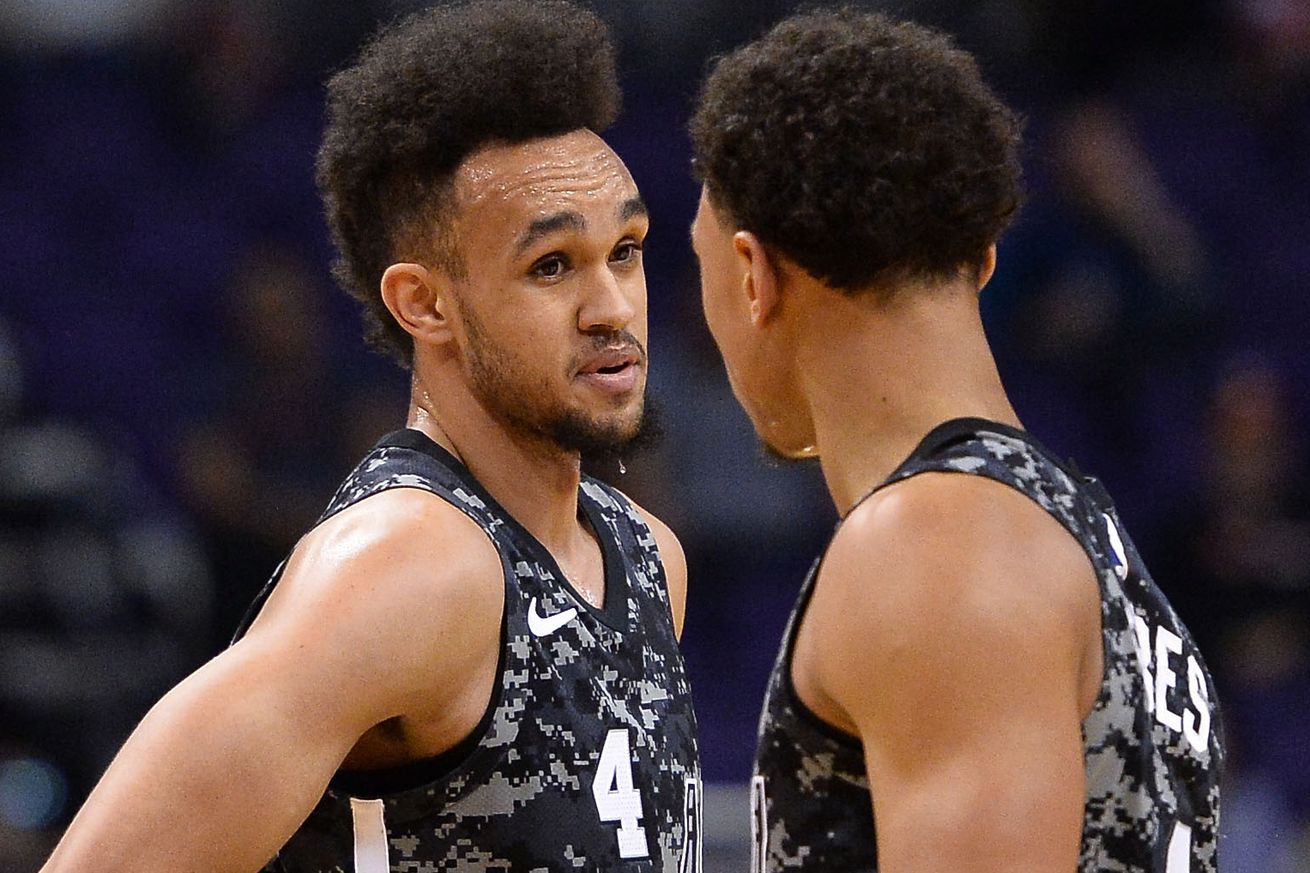 Out of the 67 games thus far, LaMarcus Aldridge has led the Spurs in scoring 43 times. At one point in the season, that was the most by any player on any team. His dominance has been apparent as the Spurs maintained in a season without their top scorer.

But the Spurs are doing what the Spurs do- sharing the ball and the responsibility. Last night, Derrick White, who has spent most of his season playing with the Austin Spurs, became the last one to lead the Spurs in scoring. He and Bryn Forbes both scored team-high 14 points in the loss against the Rockets. Two nights before that Davis Bertans tied up with Rudy Gay as they led all scorers with 14 in Oklahoma City.

Aldridge kicked off the seaosn as the high scorer for the first 6 games. Who was the second Spur to lead the team in scoring? Why Brandon Paul, of course, against the Boston Celtics last October.

Of all Spurs to lead the team in scoring, both Kawhi Leonard and Bryn Forbes have taken the honors four times apiece. For Kawhi, that is 4 out of his 9 games.

Pau Gasol and Rudy Gay have both been scoring leaders in 3 games apiece. Patty Mills and Kyle Anderson twice. In fact, Anderson pulled it off in consecutive games last month.

Dejounte Murray was the scoring leader on December 3rd against the Thunder in a near upset. Manu Ginobili scored 21 on January 5th against the Phoenix Suns along with Kawhi Leonard. Danny Green scored 22 against the Houston Rockets on February 1st.

Joffrey Lauvergne followed Kyle Anderson two leading games by taking the lead himself on against the Denver Nuggets on the last game before the All-Star Break. More recently, Tony Parker took the high score honors last week against the Memphis Grizzlies.

There’s no telling who will get the call from Gregg Popovich on any given night. And the dispersing of leadership shows that the good guys have been ready for that call night after night.