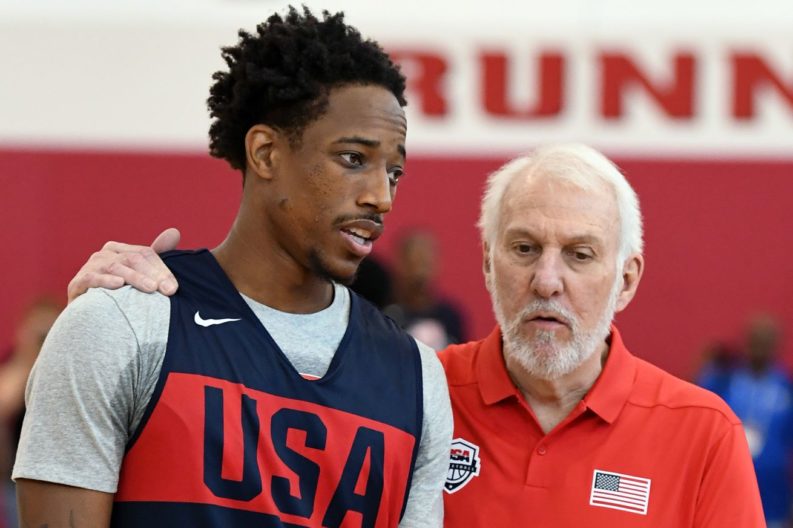 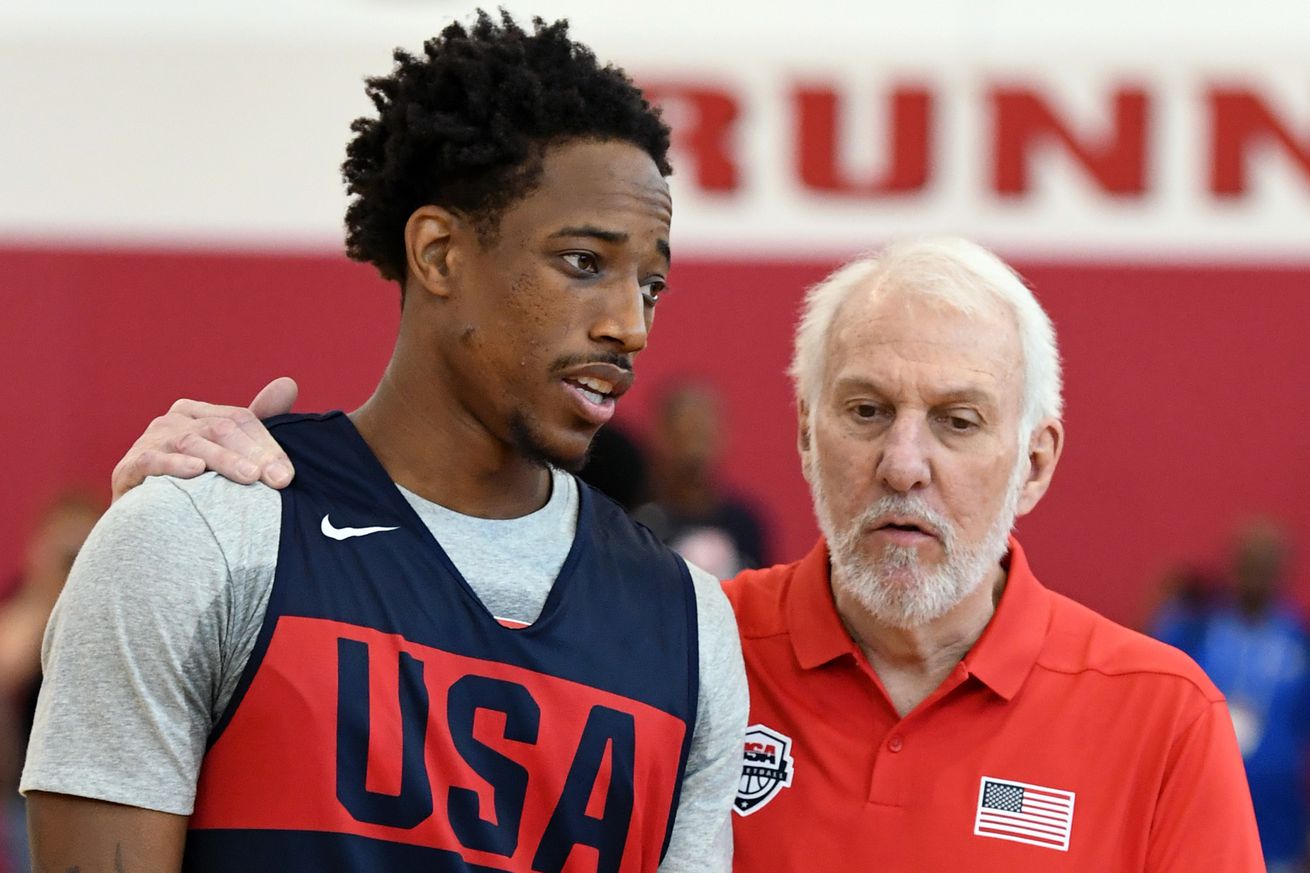 The Spurs newest starter speaks at length about his transition

After reportedly being blindsided by a trade from Toronto to San Antonio, DeMar DeRozan spoke with reporters at length about his move, the players who have reached out to him, and the current state of his relationship with Toronto General Manager Masai Ujiri:

When asked if he feels like a Spur (at the 1:12 mark), DeRozan replies “not fully yet, but eventually I will.”

As for playing alongside LaMarcus Aldridge, Demar states “LaMarcus by far one of the most talented power forwards in the game.” He went on to give props to Pau Gasol, Manu Ginobili, and specifically mentioned respect for the Spurs culture.

The entire interview is just over five-and-a-half minutes and worth the watch.