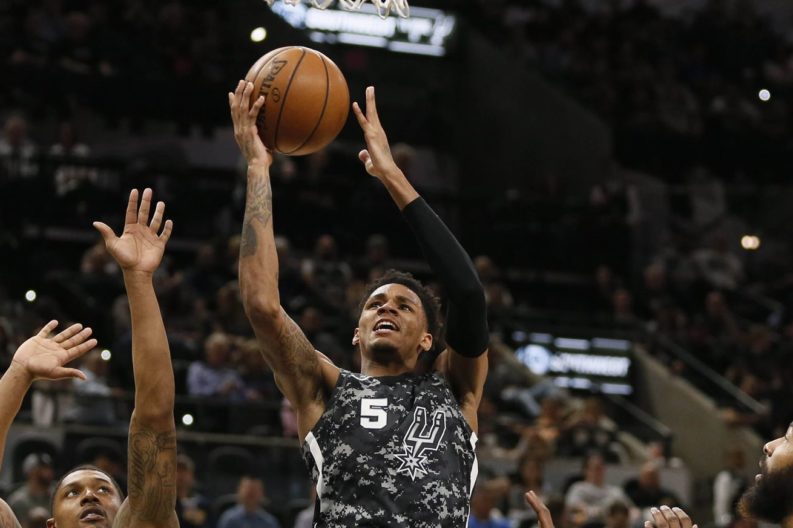 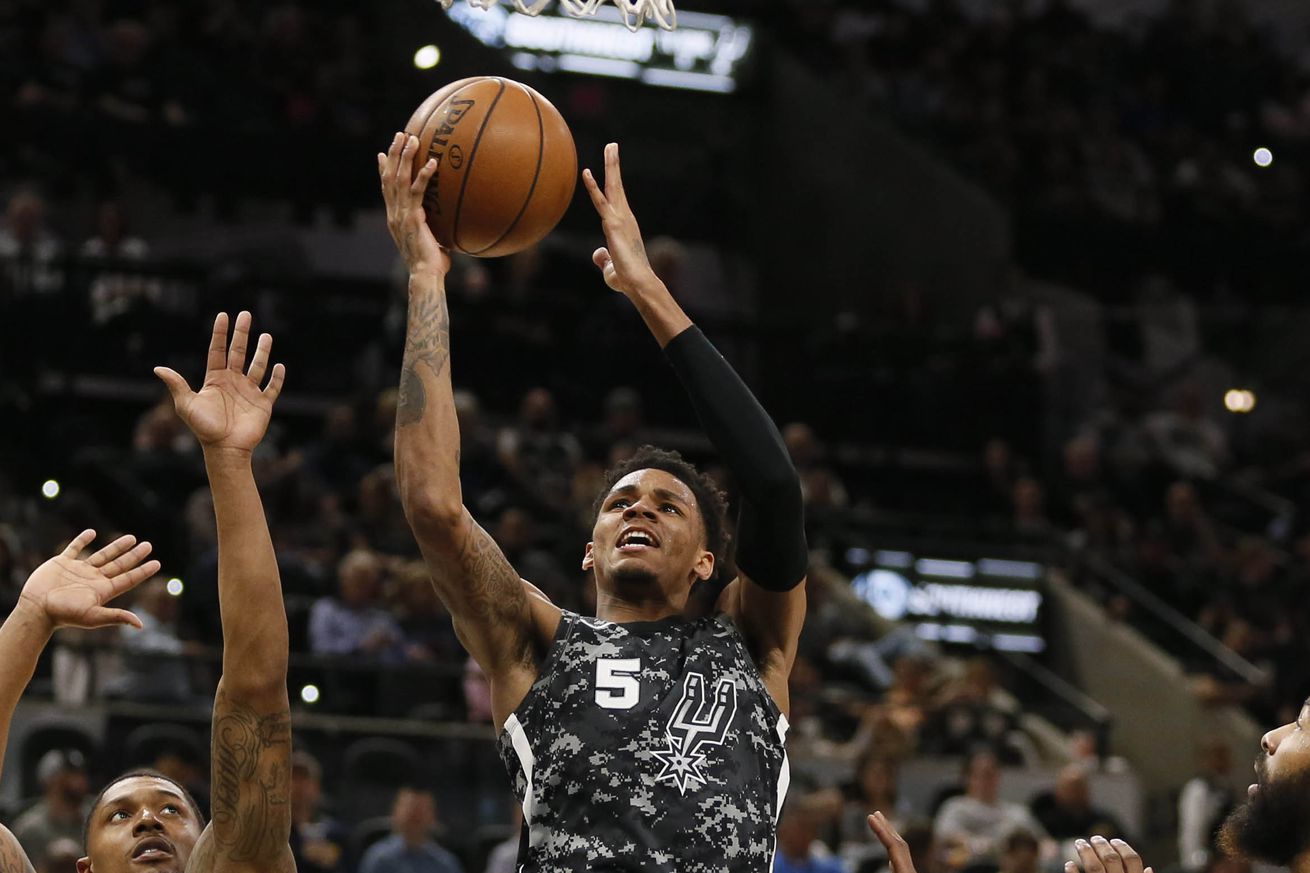 The Spurs most prolific rebounding point guard in history has done it again. During last night’s USAA Military Salute Night as the Spurs hosted the Washington Wizards, Dejounte Murray had three (not one, not two) offensive rebounds in the same possession:

LaMarcus Aldridge shoots from the left and Murray pulls down his first offensive glass in the paint before kicking it out to Patty Mills who let’s it fly from beyond the arc. The ball hits off the front of the iron and heads toward the Wizard bench, where Murray grabs the carom and tosses it to Danny Green who’s just right of the top of the key. He attempts a Tarheel Triple which bounces off the rim toward the scorer’s table when who should take control, but Dejounte Murray. Within 15 seconds, Murray had pulled down a third as many offensive boards as the entire Wizard squad had all night.

One more game on the home stand as the Spurs host the Utah Jazz this Friday. Let’s keep the streak alive and GO SPURS GO!