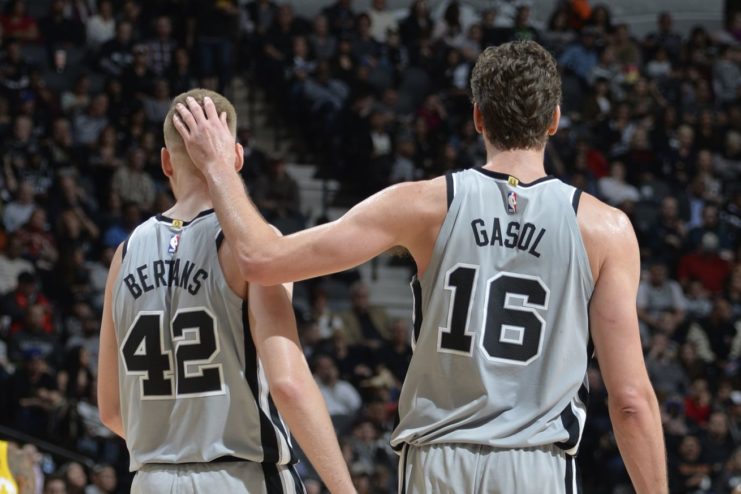 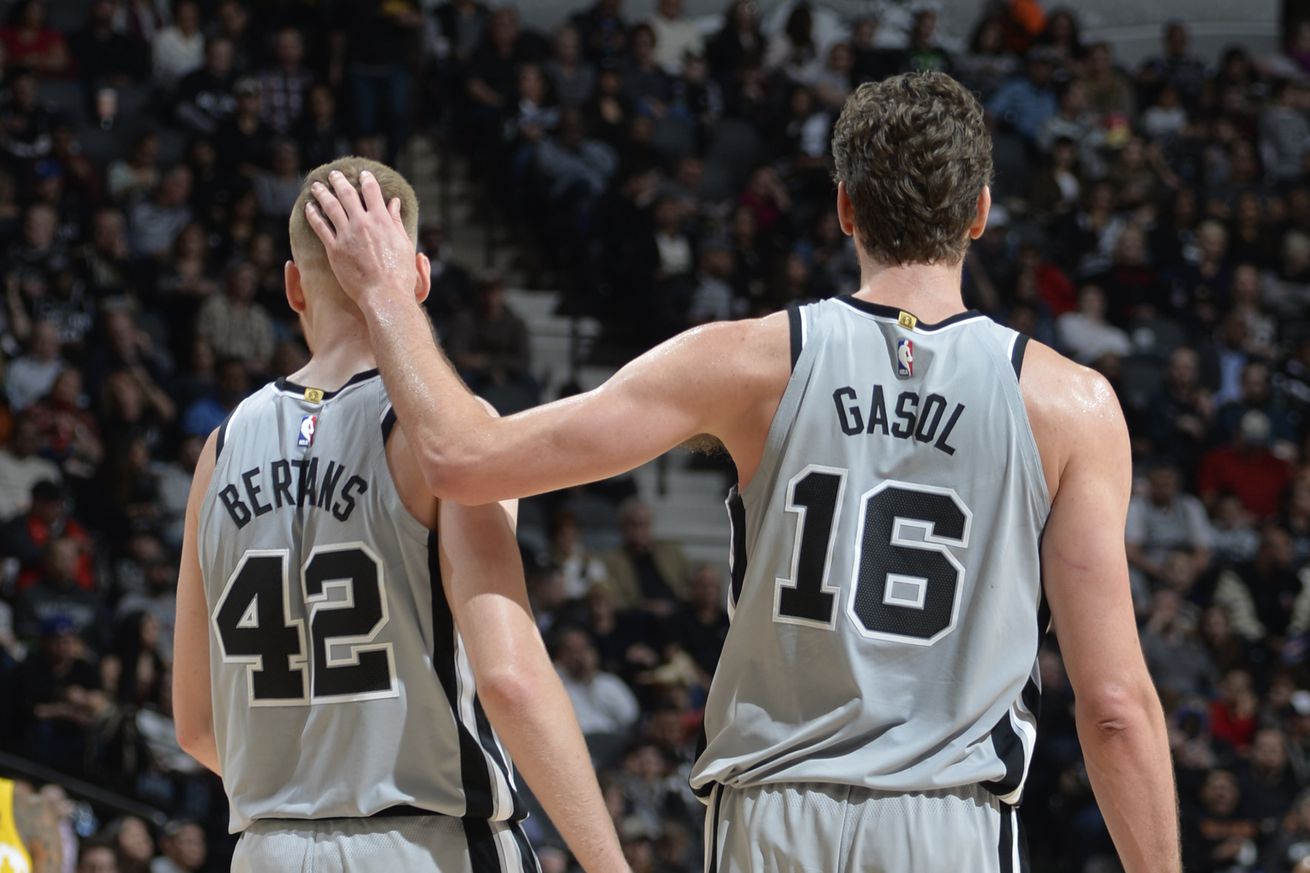 Three games into the season we’d seen all there was to see.

Just five games into the 2019-2020 season and the Spurs have already seen two players from last year’s team who no longer suit up in silver & black. In all, five players from last season’s roster did not return.

We all saw Davis Bertans when he made his return to the AT&T Center for the first time in a non-Spurs jersey. Bertans, decked out in Washington Wizards, torched his former team scoring twenty-three points in twenty-nine minutes shooting 100% from beyond the arc (five for five). This trade was tough to resolve as his exit was to make room for Marcus Morris who reneged on his commitment and joined the New York Knicks. In a strange turn of events, both Morris and Bertans made their lone AT&T Center visit in the first two games of the season. How about that for closure.

And if you blinked you may have missed it, but the third Spurs game of the season brought Pau Gasol back onto San Antonio’s court. He wasn’t dressed to play forcing me to ask myself, “Is Pau still playing? Is he injured? Is he coaching?” Come to find out all three were part of the whole.

Gasol signed with the Portland Trail Blazers but was not suited up as he has a minor injury. That said, he’d been offering his expertise to the team in the form of a coach, but that is not his title or salaried role.

Knowing that Gasol left the Spurs last season at his request in hopes of playing more meaningful minutes, it has yet to be determined what kind of role and time he will see from head coach Terry Stotts. The Spurs host Portland again on November 16th, we may get more answers then.

While he was only on the San Antonio Spurs for a short time, Donatas Motiejunas was still part of the team after Pau Gasol was released. He is currently playing in the Chinese Basketball Association with the Shanghi Sharks.

Both Dante Cunningham and Quincy Pondexter had trouble making meaningful minutes with the Spurs. Cunningham started for part of the season, but fell out of the rotation after Derrick White’s return. At their ages, thirty-two and thirty-one respectively, finding a team may be hard. At the start of the season, neither had been listed on an NBA roster and further research showed no overseas notice either.

For now, Q-Pon has not given up hope. He did share in a preseason Clutch Point article that he still wants to “play actual meaningful minutes. Play an actual role on a team; then I’ll be satisfied with that. But I can’t just hang it up without giving myself that honest chance. I know I have a lot left.”

With the early season injuries and young players looking for their place in the league, Cunningham and Pondexter could find themselves on 10-day contracts that eventually lead to a contract. But with so many younger players in the G-League, they may be be out of the mix for this season.

[On a personal note, if you are a Pounder in the Boerne area, head on out to Dog and Pony Grill tomorrow for brunch. Yours truly will be performing from noon until 3pm. There’s a great menu, playscape and basketball hoop for the kids, and loads of TVs for your Sunday game-watching pleasure.]