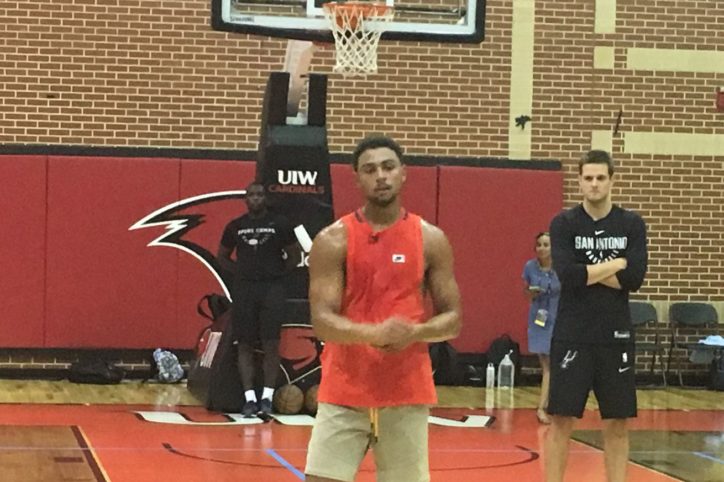 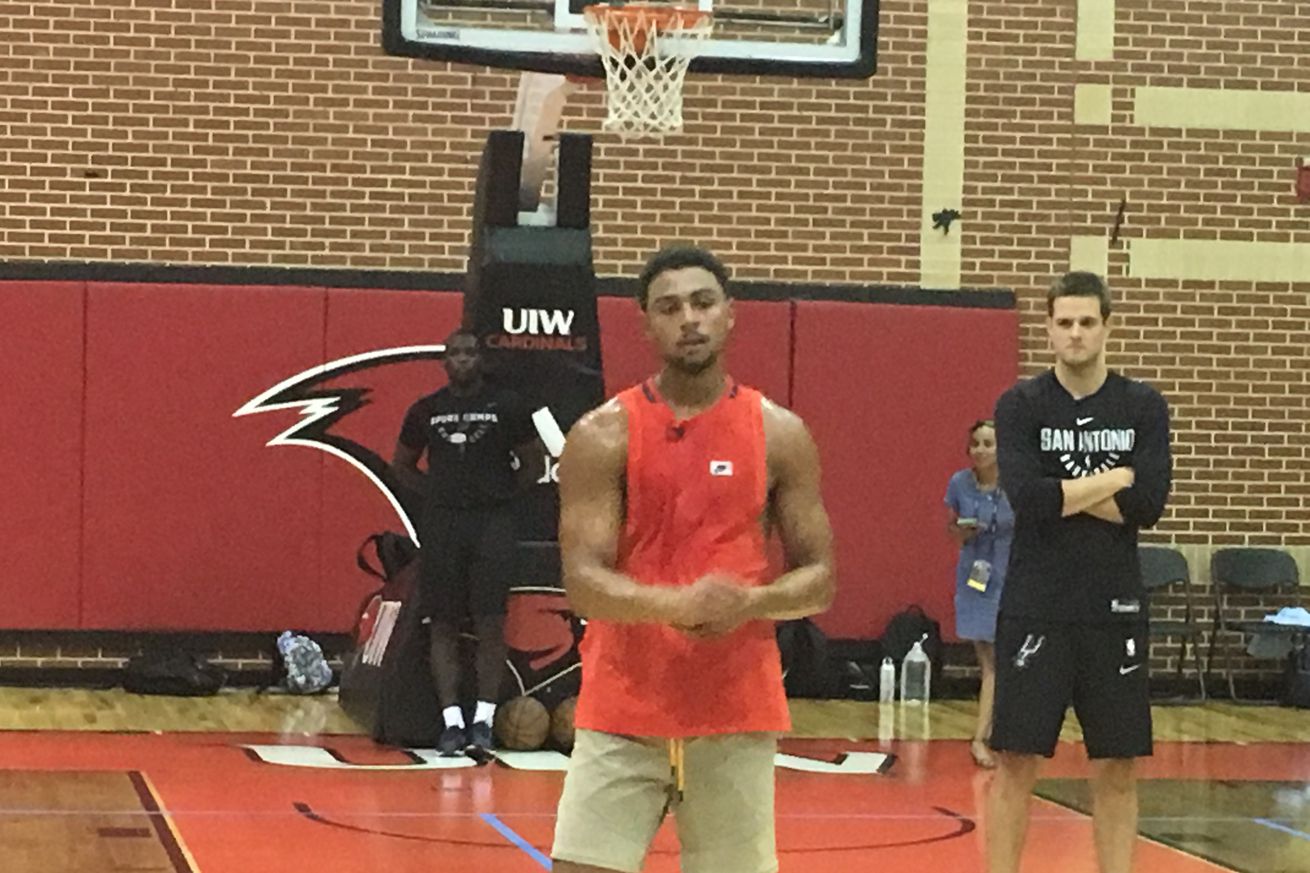 The week-long event places young players with an intense training

For over thirty years, the San Antonio Spurs have hosted a summer basketball camp. This year 150 campers from countries as far away as China and Turkey have sent their young basketball enthusiasts to participate in twelve hour days that prepare them for the rigors of training.

For the first year, a group of female players has joined in this week long camp that includes dorm living and food. They wake up as early as 7:00 a.m. to begin their workouts.

And on the first day of camp, all of the participants joined in the gymnasium at Incarnate Word University and were treated to some time with newly promoted assistant coach Will Hardy and point guard Bryn Forbes.

Hardy explained the techniques and reasoning behind each exercise and put Forbes through an intensive 30 minute workout complete with shooting drills.

Hardy was clear that this wasn’t a demonstration, this is what Forbes does everyday to stay game ready. The veteran guard expanded on his regiment and how he’s actually been at this since he was young while participating in a Q&A with the campers.

In addition to his regiment and journey to the NBA, Forbes was asked about his favorite players and Manu Ginobili got the nod. When the follow up question on his favorite current player was asked, he smirked and shared his funnier side by responding “me”.

A variety of discussion inquiries revealed how Forbes views offense (Patrick Beverly is relentless), defense (KD is the hardest to cover), formidable opponents, diet (lots of carbs), and how much grit it takes to make it to the NBA.

One thing was clear, Bryn Forbes is grateful for the opportunities afforded to him and he is a humble man.

When asked what team Forbes would play for if not with the Spurs, he smiled coyly and replied “If I couldn’t play for the Spurs, I’d just retire.”

I think that says it all.

Camp continues through the week. For additional camp opportunities, check the Spurs site.