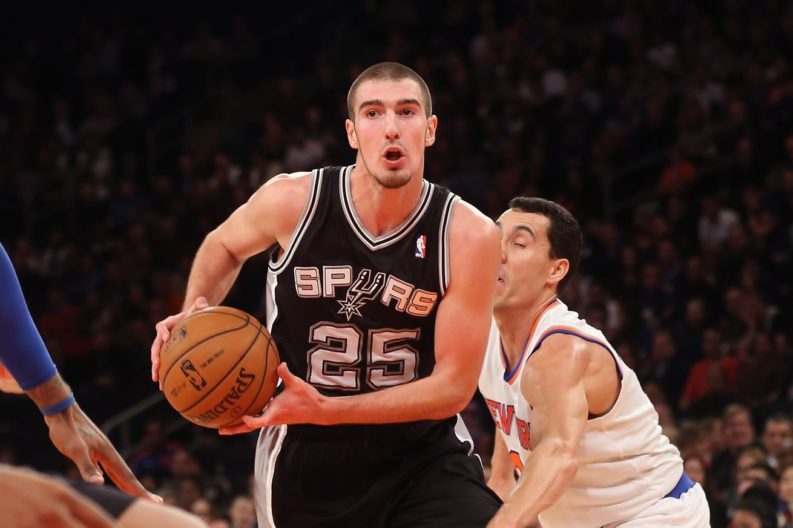 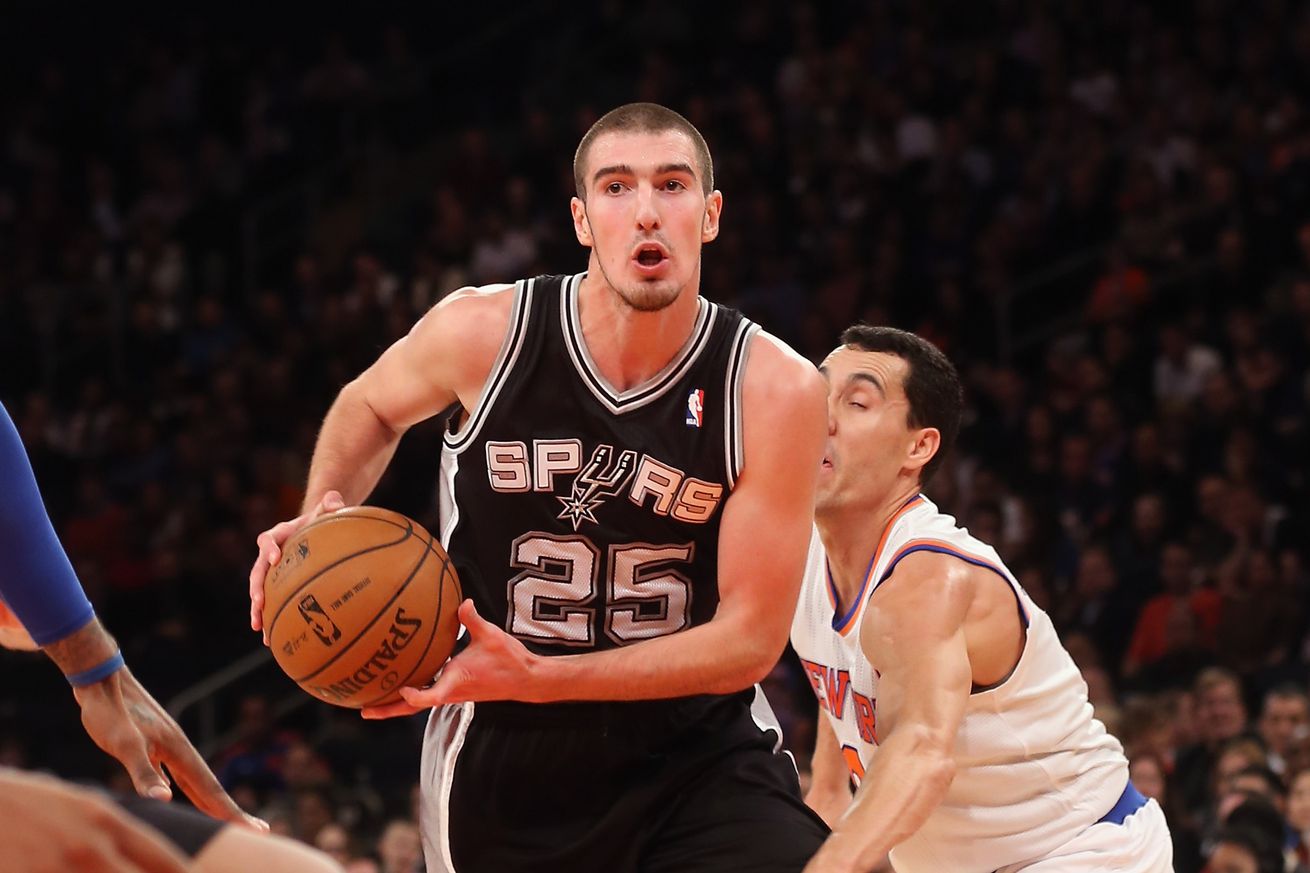 Time for a round of “do you remember this guy?”

Today- THE GUYS WHO PLAYED BUT DIDN’T STAY

We start with the 3rd (yes there were three) French player on the San Antonio Spurs at the start of the 2013-14 season. He joined the Spurs the previous season. During that second year, de Colo was looking for more playing time. With the guard rotation limiting his time on the court, a trade was made that brought Austin Daye from Toronto and sent Nando to the Raptors.

He would finish out the season and then move to Russia to play with CSKA Moscow, where he is currently playing. In 2016, he won a EuroLeague Championship and was named the EuroLeague MVP as well as All-Europe Player of the Year.

Damion James (top in Nets jersey) technically won a title with the San Antonio Spurs. It started with a 10-day contract on April 3rd in which he played less than 10 minutes over three games and ended in him signing for the remainder of the season on April 13th where he played forty minutes over the last two games and started in one of those contests.

He was inactive during the playoffs and I am not sure if he was even on the bench when the confetti came down, but hey, a ring is a ring.

James returned the following season to the D-League before becoming a bit of a globetrotter playing in Alaska, France, Australia, five different teams in Puerto Rico, Venezuela, and Israel. That’s ten teams over three seasons. Have ball, will travel.

Shannon Brown signed consecutive 10-day contracts with the Spurs. Between February 2nd and February 21st he played in 10 games averaging just over 10 minutes of playing time per game and contributing 2.3 points per game.

Othyus Jeffers played on the San Antonio Spurs from January 24th to February 1st on a 10-day contract before he was waived. He played in four games and started in one during his time with the Spurs. He was later signed to the Minnesota Timberwolves for the remainder of the season. He later went on to play with —and I am not making this up — the Talk ‘N Text Tropang Texters, He most recently played in 2016 as the NBA veteran import for the Barangay Ginebra San Miguel.

Okay, so Malcolm Thomas only played in one game for the Spurs. But that’s one more than me. And if I played one game for the Spurs and then they went on to win a championship that same season, I believe that would be part of my story-telling for years to come. and therefore, I think he deserves to be mentioned here.

Since playing his lone game in the Silver & Black, he has gone on to play with the Utah Jazz, Philadelphia 76ers, the D-League Los Angeles D-Fenders as well as teams in Puerto Rico, China, and Russia, where he currently plays for Khimki in Moscow.

Five players who contributed in some small way to the Spurs championship season. As they say, it takes a village.

Thanks for running down the 2104 Spurs Championship roster with me this week. Just a few days until the season officially kicks off and we can start counting down games until Coach Pop passes Pat Riley for 4th most wins by an NBA coach.