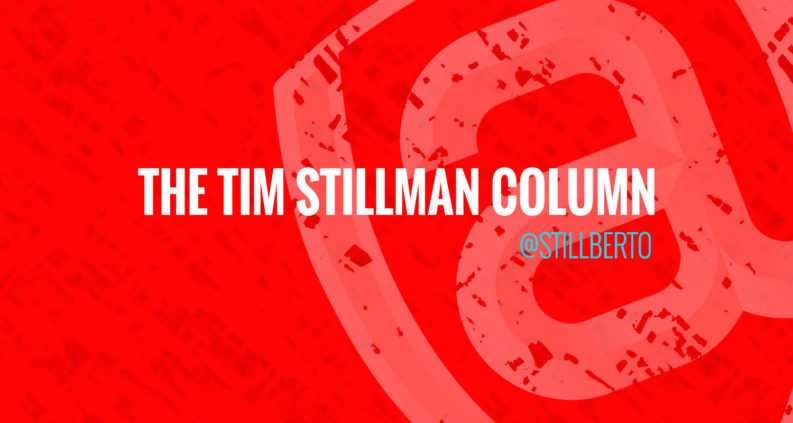 There has been a lot of focus lately on Premier League clubs and their finances in the wake of COVID-19. With traditional revenue streams wiped out overnight, clubs, like many businesses not already destroyed by the pandemic, are trying to figure out ways of cutting their cloth to survive. The Premier League generates a lot of revenue, but it doesn’t generate a lot of profit in balance sheet terms.

Yet most Premier League clubs are owned by billionaires whose wealth dwarfs that of even the best paid players. My sense is that players want to contribute their wealth but want to do so in the right way, it’s a very complicated issue and one we tried to parse on the most recent episode of the Arsenal Vision post-match podcast.

Dozens of issues and micro-issues are bubbling to the surface by the day in the complicated web of football finances, not least because players within the same clubs are paid so differently. Among the milieu of questions awaiting the other side of this crisis is whether the PFA is currently fit for purpose- can they expect to reasonably represent the interests of the Premier League’s high earners and the players of Macclesfield Town simultaneously?

The coronavirus has uncovered the extent to which football is a fragmented sport lacking a unified voice. At Arsenal, the players and the executive team appear to be at loggerheads as to how to pursue needed cost-cutting [and it is needed]. Should the ‘labour’, no matter how well paid, be expected to rescue the business? Should the billionaire owner?

Regrettably the delay has led to a harsh public spotlight, exacerbated by self-interested politicians. Last week, Premier League players announced an agreement to make sizeable contributions to NHS based charities. I would imagine the actual complexities of how and when this money is paid are a long way from being ironed out, but the players felt under pressure to make a literal and figurative statement of intent.

It’s a very complex financial situation, made more complex by football’s unique economic eco-system. For fans, clubs do not exist as profit-making exercises. Arsenal must’ve been one of the few businesses in recorded history who regularly had to justify the announcement of large-scale profits. When you take a step back, it’s almost amusing that, every year, Arsenal had to carefully craft a positive explanation for continued profits.

That’s because clubs exist for the purposes of competition, fans, rightly, expect profits to be reinvested in the team. This is part of the reason football is a high-revenue, low-profit industry, by and large. [At least, most of the clubs themselves are loss-making]. We can do little but look on and speculate as millionaires come to loggerheads with billionaires in this debate.

Perhaps the more interesting question to ponder is how we, as fans, modify our expectations on the other side of COVID-19, whenever that eventually arrives? A lot of people are losing their jobs, their family members and friends and are coping with a vastly amended reality, so it’s understandable if fans are a little pre-occupied at the moment and not exactly staring into the mirror and wondering ‘how does this alter my football fandom?’

A lot of people’s relationships with the game will change forever, many simply won’t be able to afford to ‘consume’ it anymore- especially if the sport is slow to readjust to the wider economic reality when football can return. Lots of people will, understandably, just stop caring or will find the intensity of their passion dulled by events.

If you clicked this link and if you are still reading, I am going to assume that you are one of the people that will, to at least some extent, reconnect with the game and with Arsenal once competition resumes and I will continue on with that assumption. How do Arsenal fans reconcile the situation with what we expect from the club when this crisis subsides?

We can’t answer that totally at this stage because the full impact is not yet clear and not realised. There are some assumptions we can make straight away, however. The transfer market seems the most obvious place to start. How all of us, clubs, fans and the media- view transfer fees really has to change. We have created and indulged a culture whereby large fees for footballers are celebrated like trophies.

It has always been a little inappropriate in truth, spending money has become a pursuit in its own right in football. Sky Sports News often proudly trumpets the figure spent on football transfers at the conclusion of every transfer window as though it is an achievement. In the new reality such a practice, which was always nausea inducing, would be immeasurably tone-deaf.

More practically, the arse is about to fall out of the market. A global recession will see to that, as will football clubs going months and months without revenue. Even if clubs do find themselves with £50m down the back of the sofa next year, the optics of spending it on a football player will be incredibly bad. In 1938, Arsenal broke the world transfer record to sign Bryn Jones from Wolves and the morality of the signing was debated in Parliament.

Europe was on the brink of war and mired in recession, Arsenal spending £14,500 on a footballer- smashing the previous record the club itself set a decade earlier- was not well received. Leaving the morality issue aside, the fiscal reality for football clubs [those that don’t go bankrupt] has altered enormously.

Just taking Arsenal as an example. I am sure the club had a strategy for Pierre Emerick Aubameyang this summer. It probably went along the lines of ‘we will offer him £x per week and if he accepts, great. If he doesn’t, we will entertain selling him for £x.’ In both scenarios, £x has now compressed, so Arsenal are likely in a position where they can neither sell nor retain the player beyond his current deal.

In any case, the transfer window will take place at a completely different time, which makes it far easier for players whose deals expire in 2021 or even 2022 to sit out their deals. Now it’s only a few months of dodging uncomfortable questions with mealy mouthed platitudes as opposed to an entire season on the PR offensive.

Last summer, Arsenal spent £72m on Nicolas Pepe. Let us all be quite honest, the vast majority of us had probably never watched a Lille game in our lives. Sure, we would have heard of the player, but it was the size of the fee that fired our collective imagination. The logic is entirely understandable, but for the next few years we are probably going to have to change our thinking in this respect.

It is right, in my view, that fans have objected so volubly to clubs taking advantage of the UK government’s furlough scheme, but those principles will have to survive the next few transfer windows. Most clubs probably won’t be able to spend huge sums on players and, really, given the situation, they shouldn’t anyway.

We might have to swallow losing some players, we might have to understand if the club looks even more prominently towards its academy talent [Bukayo Saka’s contract might become a trickier negotiation] and we will probably have to tolerate the squad build taking a little longer than we might have anticipated.

For example, let’s say Arsenal had a plan to persevere with Granit Xhaka until 2021 before cashing in on him for an upgraded model. That might not be possible any longer. Arsenal is of course owned by a billionaire and there are options for KSE to raise capital, but I think we know by now that that’s not how KSE operates.

Arsenal are in a broadly similar situation to a lot of their competitors in the Premier League, who will all have their own issues with cash flow, contracts and the like. Arsenal might even come out of this well if they are smart in how they conduct business. While I wouldn’t suggest crying any tears for KSE or the Kroenkes, we will have to understand that how Arsenal do business is going to change by necessity.