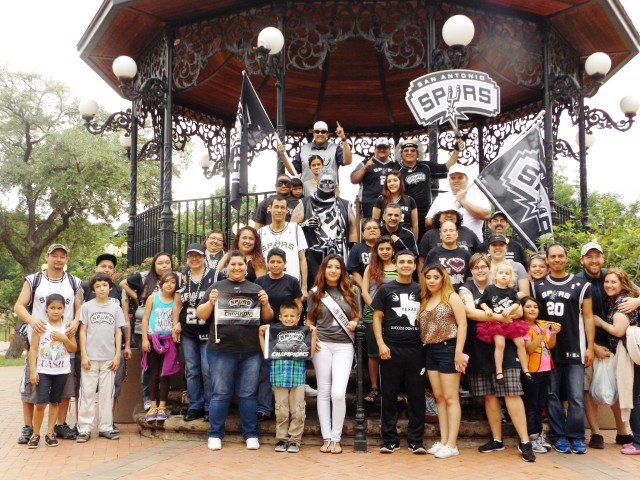 Yesterday we had a story that came out on MySa.com entitled “San Antonio Spurs fans plan rally to the Alamo to welcome LaMarcus Aldridge, David West.” While we are thrilled with the story and the exposure it bring to the Spurs March, it seems that two very important people were left out of the story. The Spurs March would not be the success that it is today without the help and vision of Jonathan Sosa who took many of the photographs that you will see in the Spurs March article. Another person who was not mentioned in the article and played a huge role in the Spurs March success is photographer Jen Weaver. We would also like to thank the fans who came out to the Spurs March and shared their photographs, because without the fans the Spurs March would not be what it is today. With that said we look forward to seeing everyone this Sunday from 7:00-8:30 P.M. at Milam Park. Go! Spurs! Go!

Special Thanks goes out to Sosa Film Productions and Monkey & Me Photography.