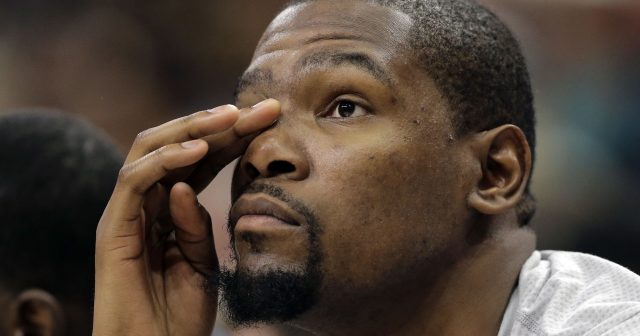 SAN ANTONIO (AP) — The Oklahoma City Thunder were still embarrassed, shocked, frustrated and angry the morning after a horrendous loss to the San Antonio Spurs in their series opener.

“All the negative ones you can think of,” Oklahoma City center Stephen Adams said of the collective mood. “That’s exactly what the whole team’s feeling, but then you have your little tantrum and then you just get over it. You’ve just got to let it go, learn from it.”

A new day brought a rather obvious realization to the Thunder as they prepared for Game 2 on Monday. Oklahoma City must play a whole lot better if they want to rebound from Saturday night’s 124-92 defeat to San Antonio.

Adams said it was “eerie” watching Game 1 of their second-round series prior toSunday morning’s practice.

The Thunder watched the Spurs essentially score at will, shooting 61 percent from the field and handing out 39 assists.

San Antonio had 18 fastbreak points, were 9 for 15 on 3-pointers and LaMarcus Aldridge’s 32 points primarily came off mid-range jumpers on pick-and-pop plays withTony Parker.

Oklahoma City was a step behind defensively throughout Game 1, but Thunder superstar Kevin Durant dismissed the notion it was due to a lack of effort……..Read More