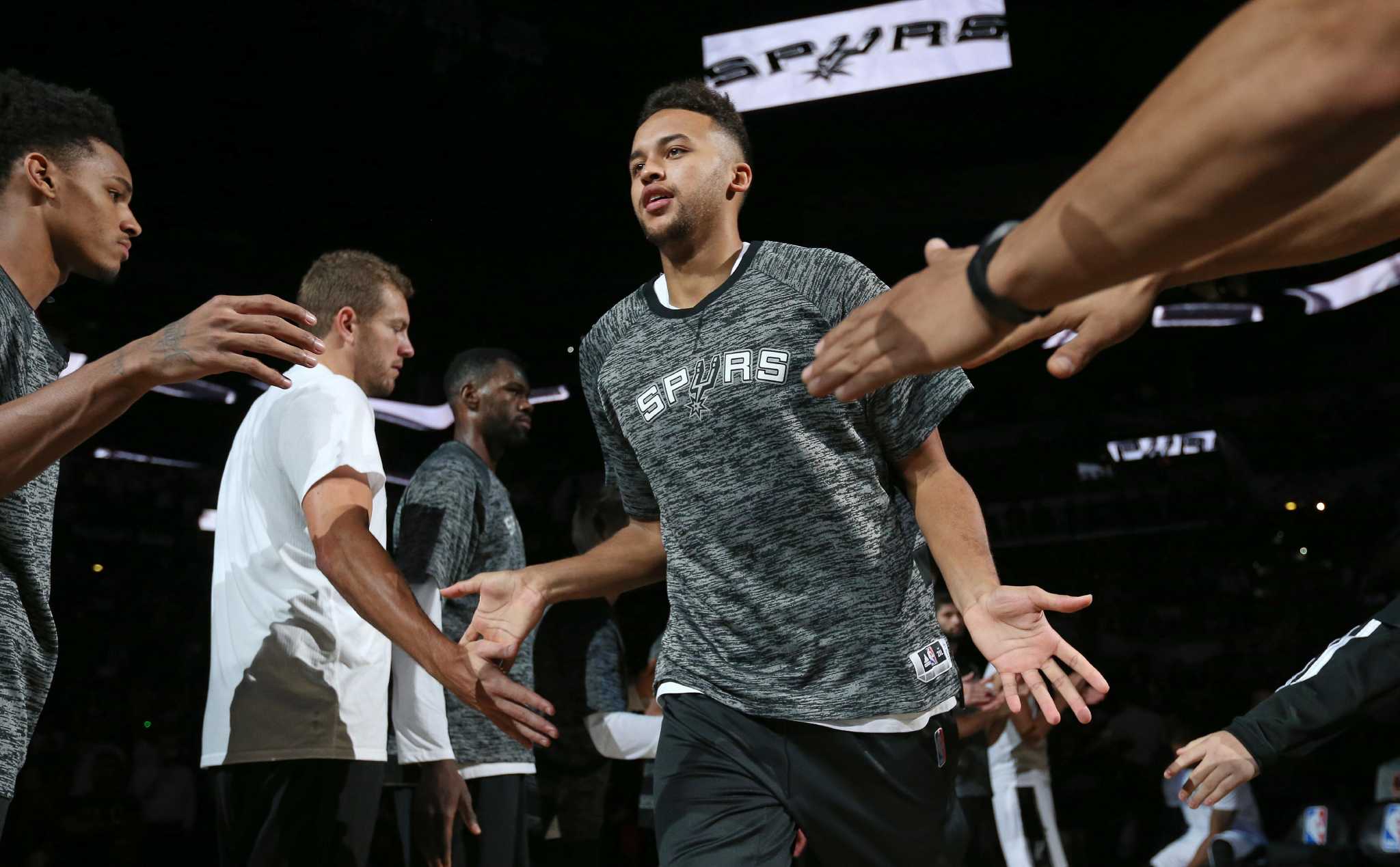 The Spurs weren’t going to make him wait any longer.

Well ahead of the Oct. 31 deadline, the Spurs announced before Friday’s preseason game against Houston it had picked up the option on Anderson’s contract for 2017-18.

“It’s cool to know that you’re here, and you’re here and you’re going to be here for another two years,” said Anderson, due to make $1.192 million this season and $2.15 million next.

The 30th pick in the 2014 draft, Anderson has emerged as a key piece of the Spurs’ bench entering his third season.

The 23-year-old forward averaged 4.5 points, 3.8 rebounds and 1.6 assists last season, numbers that could increase as he sees more playing time on the Spurs’ second unit.

The Spurs value Anderson’s versatility, which allows him to play either forward position or point guard at 6-foot-9.

“He’s always been able to pass the ball, and he’s got a good feel for the game,” Popovich said, “but his shot has gotten better and his confidence has risen with the playing time he got last year. He’s just a good solid player.”

With guards Danny Green and Jonathon Simmons both out Friday, Anderson entered the starting lineup against the Rockets.

More on Aldridge: Speaking to San Antonio media for the first time since reports surfaced the Spurs might be open to trading him, forward LaMarcus Aldridge reiterated Friday he isn’t buying into the rumors – especially since he hasn’t heard anything about his future from Popovich.

“I come to work every day and my team is happy with me and coach Pop is happy with me, so I can’t buy into those rumors,” Aldridge said, repeating comments made a day earlier on a national radio appearance on The Jim Rome Show.

Aldridge said he hasn’t heard from anyone in the organization about the trade talk, which the Spurs have denied.

“(Popovich) is a pretty direct person and this organization is first class, so if that was an issue I would have known way before the media knew, so I wasn’t worried about it all,” Aldridge said.

Friday’s game welcomed a fourth to the AT&T Center, with 39-year-old point guard Pablo Prigioni coming off the bench for Houston.

Prigioni said the reunion with Ginobili was sweet as always.

“We talk a lot. It’s always special,” said Prigioni, who teamed with Ginobili to win a bronze medal for Argentina at the 2008 Olympics. “I don’t like to play against my friends. I just prefer to watch and enjoy when they play well.”