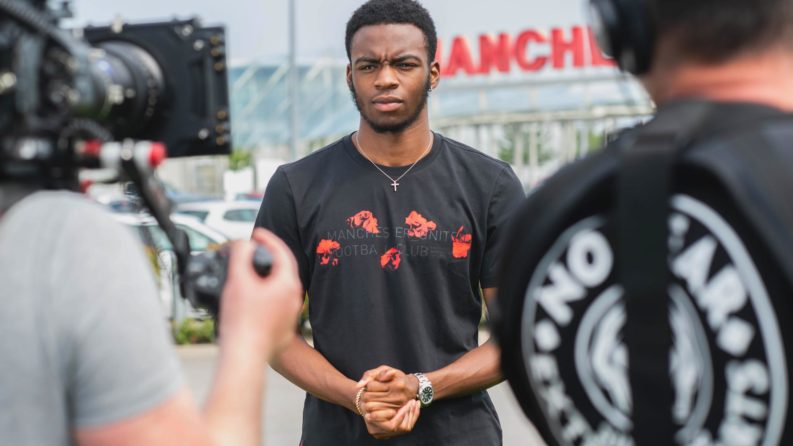 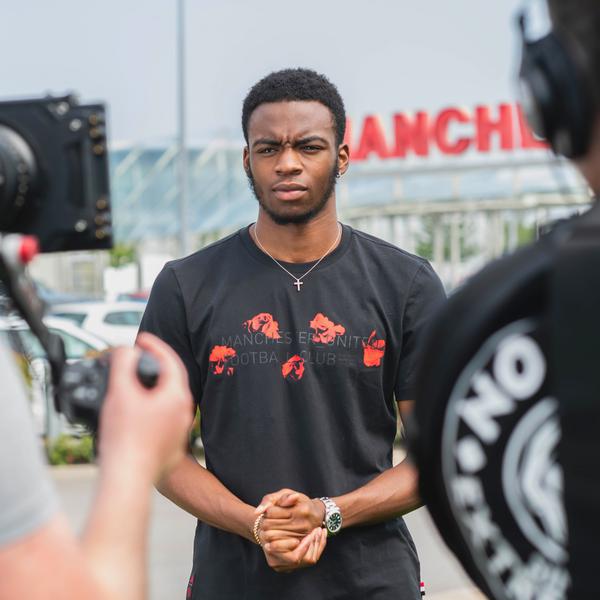 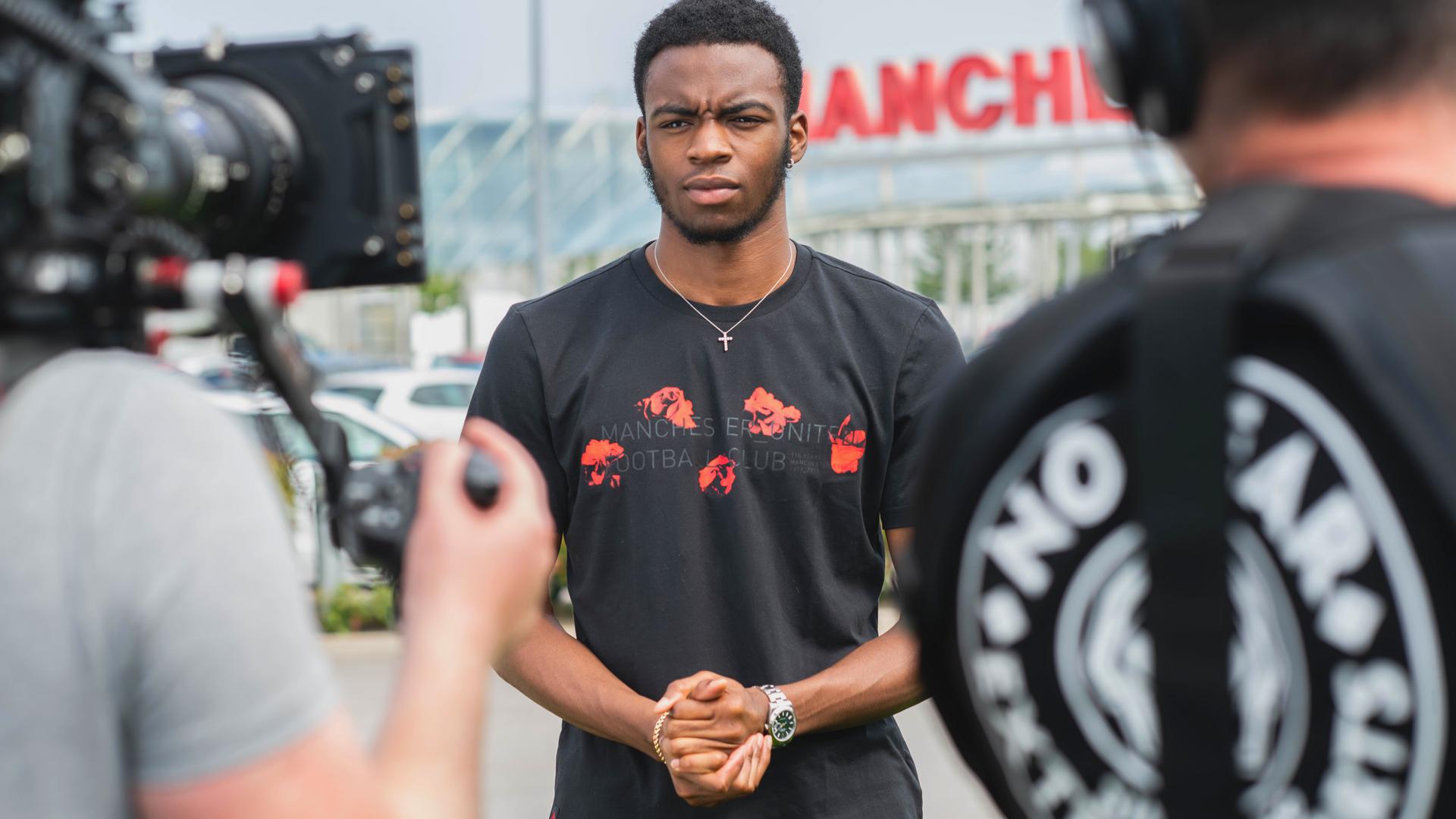 As part of our partnership with Deezer, the musician called in at the Aon Training Complex earlier this season to chat with first-team star Marcus Rashford about their mutual passion for football and music.

During his visit, Not3s also told Inside United, our official monthly magazine, about his support for the Reds, his all-time favourite players and the current first-team star he plays like…

How did you get into United?
“I started getting into United and following the team when I was fairly young, when I knew I could make my own decisions about stuff. I just remember seeing multiple Manchester United souvenir plates with Andy Cole and different players on, and I just started to think, ‘Wow, this plate looks sick!’. From there, as I was seeing that in the house, I just started supporting Manchester United off my own back. I never really supported a team before that. I couldn’t stop watching games when I was young.”

What are you early memories of United teams and matches?
“One of my earliest memories would be in 2005, the FA Cup final when Arsenal and United were facing each other and Patrick Vieira scored the winning penalty. As much as we lost that game, it was one of my favourite matches I’ve seen. It was proper dramatic. It had you on the edge of your seat. We never had enough money to go and watch the games [at Old Trafford] because we were in north London, but it was still meaningful. Being someone that lives in north London and Arsenal are right there, it was a lot of pressure, but it was still good.”