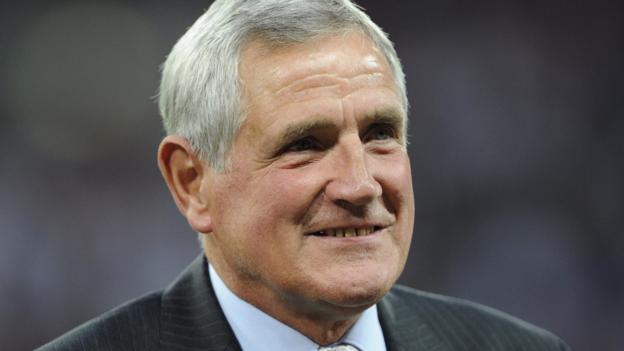 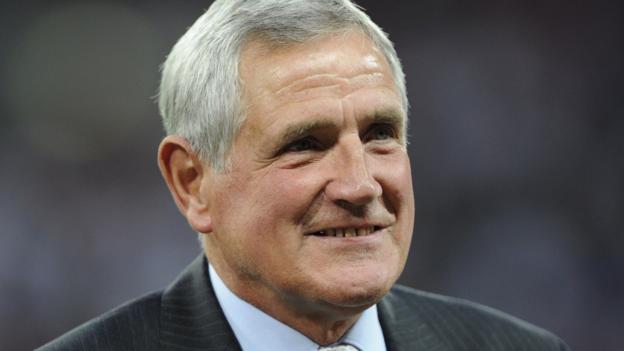 The tough-tackling centre-back, nicknamed ‘Bites Yer Legs’, was a key player in Leeds’ most successful era.

He won two league titles during a 14-year first-team career at Elland Road, and was a non-playing member of England’s 1966 World Cup-winning squad.

Hunter was admitted to hospital on 10 April after testing positive for coronavirus.

Leeds said Hunter’s death leaves “a huge hole” in the family of the club.

“His legacy will never be forgotten and our thoughts are with Norman’s family and friends at this very difficult time,” the club said in a statement.

The defender, who joined Leeds aged 15, went on to play 726 matches in all competitions for the club, the fourth-highest individual total in their history.

As an integral part of Don Revie’s famous side, Hunter won the First Division title in 1969 and 1974, helped them beat Arsenal in the 1968 League Cup final, and then returned to Wembley in 1972 as Leeds defeated the Gunners to win the FA Cup.

He also played in the 1975 European Cup final defeat by Bayern Munich in Paris – a year after Revie left to manage England – but he did taste European success as Leeds won the now-defunct Inter-Cities Fairs Cup in 1968 and 1971.

Speaking in 2013, when he announced he was selling his Leeds memorabilia at auction, Hunter said his one regret from his time playing for the club was that he never lifted the European Cup.

“Someone asked me if I was selling my shirt from that game [against Bayern] but I honestly don’t know where it is,” he added. “I was that upset that I don’t know what I did with it.

“Medals don’t mean much to me. For me it was about being at Leeds United and playing with that group of players and staff.

Although a member of the squad, Hunter did not play during England’s triumphant 1966 World Cup campaign, with their central defensive partnership formed by Jack Charlton – his Leeds team-mate – and captain Bobby Moore.

The England national team said they were “extremely saddened” by Hunter’s death and that “all of our thoughts are with his family, friends and supporters”.

After leaving Leeds in 1976, Hunter also played for Bristol City and Barnsley, managing the Tykes and Rotherham after he retired from playing.

The Professional Footballers’ Association said: “Football has lost a legend and we join the entire football community in mourning this loss.”