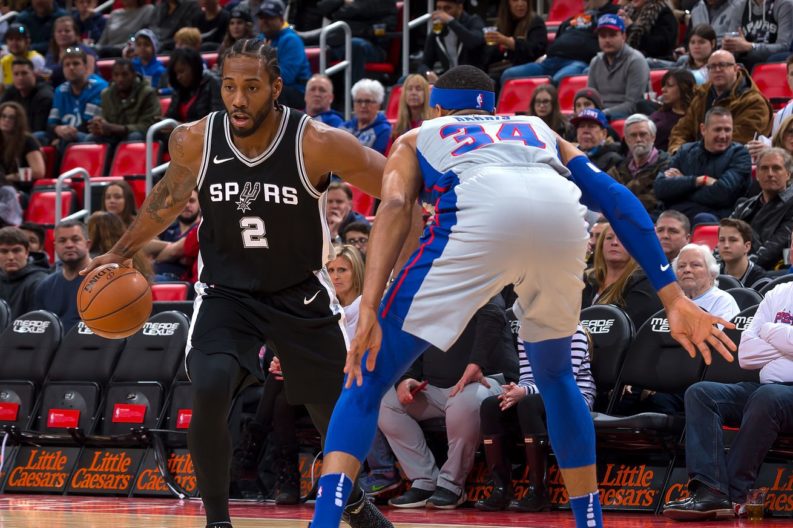 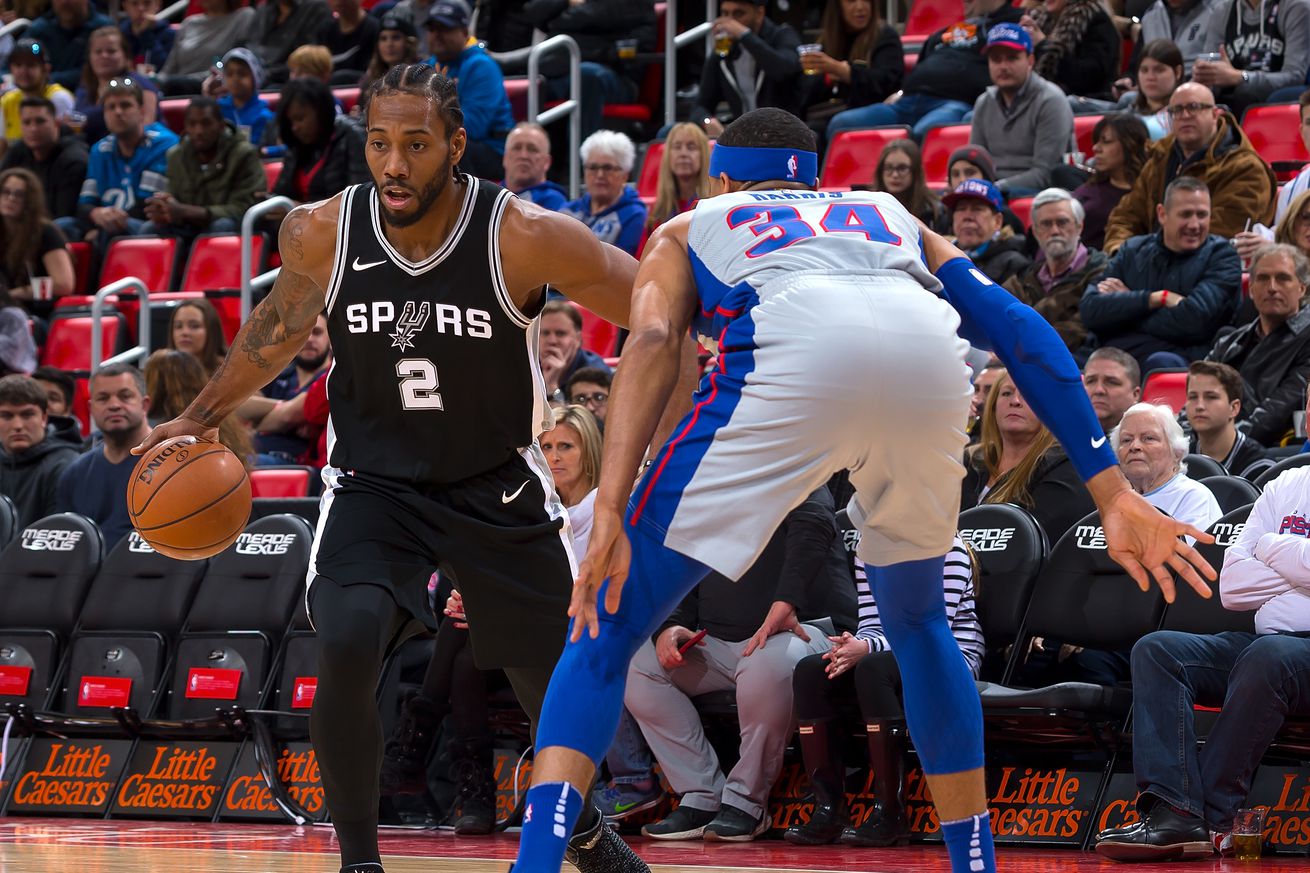 Suitors around the league reportedly still don’t have a good idea of Leonard’s status.

The Kawhi Leonard situation has no shortage of outstanding questions — what caused the apparent 180 with his relationship towards the team, what he really wants now, whether a team without guarantees of retaining him would take a gamble anyway — but only one remains a true constant when it comes to trading him: is he healthy yet?

“No team will put its best chips in until it gets some reassurances about Leonard’s health and chances of re-signing,” Zach Lowe writes in his latest piece on the ongoing, tedious, and increasingly complicated saga.

Leonard reportedly took his rehabilitation out of the hands of the Spurs’ medical staff in the fall of last year. Per Ramona Shelburne and Michael Wright, he and his camp saw at least one other group before settling on New York-based Dr. Jonathan Glashow, an orthopedic surgeon who’s also worked with the New Jersey Devils and Philadelphia 76ers. Some time later, the Return from Injury Management designation was lifted from his injury reports, and sightings of Leonard in San Antonio became a rare thing.

The impasse eventually spilled out into the open, manifesting in reports of a players-only meeting and Gregg Popovich’s referrals to Kawhi’s “group” when asked about his status at the time. The reality of the injury, its management, and the suspended return from it became a mystery that, it appears, even the team didn’t know.

“The Spurs were in the dark most of the season,” said Wright on the Back To Back podcast on Thursday. “Some of the things that were happening were crazy… There was a point during his rehab process in New York that some of the Spurs brass went out to see him in New York. As soon as those guys arrived to the building, Kawhi’s people grabbed him and sequestered him to another part of the building so the Spurs guys couldn’t see him.”

The account sheds a bit of light on a situation that has played out behind closed doors for an entire season. With it come more questions around Leonard’s motives for taking flight and what other Yakety Sax-worthy moments there might be from the season, but the same level of secrecy appears to pervade months later.

The San Antonio Express-News’ Jabari Young went on NBA TV this week and echoed the same “96, 97 percent” approximation thrown out last month, having not received an update but anticipating that Leonard would be ready for the start of the 2018-19 season.

Beyond that, there are no assurances to those of us on the outside, and seemingly to opposing front offices. “Potential suitors for Leonard have no clue how healthy he is, when they may gain permission to talk with his representatives, or how seriously they should take the word of those representatives,” writes Lowe. “Rival executives sniffing around Leonard have joked they would settle for an Instagram workout video, just to know Leonard is fully ambulatory.”

No trade can be expected to materialize without teams having a clear understanding of how close Leonard is to returning — whatever it is that’s wrong with him. This brings us back to the Sixers, and this conversation between ESPN’s Adrian Wojnarowski and Bobby Marks in the latest Woj Pod:

“Philly is unique, because one of their primary team physicians was the doctor that Kawhi went to for a second opinion in New York… I think it’s very conceivable that Philly has more medical knowledge of Kawhi Leonard than the Spurs do. Because their doctors had more access to them.”

What the Sixers do or are willing to do may be as telling as anything regarding Leonard’s status. The Lakers, as Lowe confirmed, have no designs to sell the farm for him, knowing he may simply sign with them next summer. The Celtics, on brand, won’t even part with Terry Rozier for him. The Clippers may enter the fray, but who knows if they have pieces that even entice the Spurs. Other teams, given the lack of access and less incentive to risk key pieces for a one-year rental, seem even less likely to get involved.

Another consideration is the lack of permission teams have had to consult Leonard’s medical team, presumably a decision made by the Spurs as they wade patiently into trade talks. The understanding according to Woj and other reports is that they’re indeed taking calls, but it’s worth wondering if the added insulation may be an effort to mend fences with the reportedly disgruntled star who is still under contract for another season.

That leaves us here, weeks removed from the NBA Draft, into free agency, and still playing catchup with everything that has transpired. Given the nature of these latest reports, it’s anyone’s guess how long until a move is made, or isn’t. All we can do is what we’ve been doing since October of last year: wait and hope for the best.