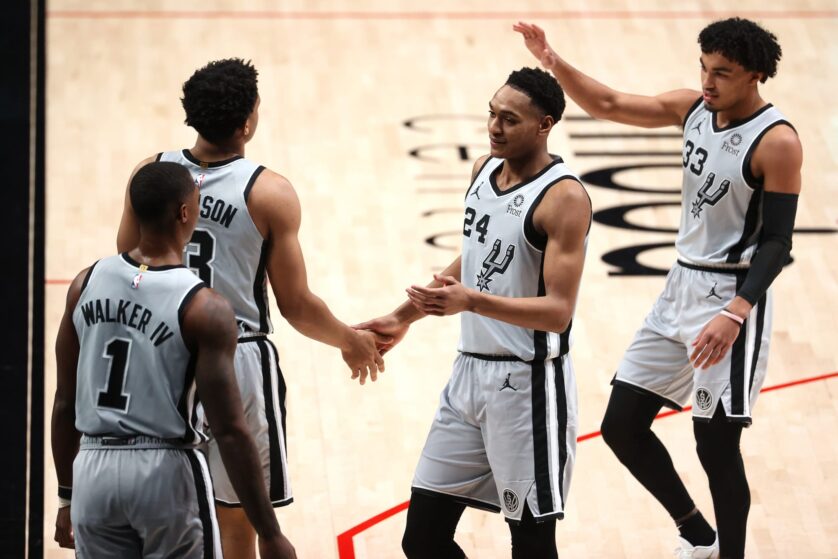 The San Antonio Spurs need to pile up as many wins as possible before the All-Star break because things won’t be getting easier from March onward. Despite having to play the Lakers three times already, their schedule has been relatively average so far, but their recent positive COVID-19 tests will throw a wrench in future plans.

While the NBA knew there would be positive cases throughout the season and planned for such occasions, the second half of the schedule is getting more complicated by the day. Monday’s postponed game between the San Antonio Spurs and Indiana Pacers marked the 30th postponed NBA game this season, the majority of which will be rescheduled after the All-Star break.

So far, 25 of the league’s 30 teams have had at least one postponed game this season, led by Memphis’ six and the Spurs and Wizards at five games each. Unfortunately for San Antonio, that will likely lead to something they’ve struggled with all year in the second half.

What rescheduling means for the San Antonio Spurs

According to a recent ESPN article, league officials expectedly still want all teams to reach the league’s 72-game target, even if it means having to play more often as the season goes on. As Adrian Wojnarowski and Zach Lowe detail, making up games will require teams to play more back-to-backs than initially intended. If you’ve been following the team closely this season, you know this isn’t the best news.

The Spurs are currently 0-4 on the second night of back-to-backs. Their last two games on such occasions were blowout losses by an average of 15 points per game against Memphis and Golden State.

For whatever reason, the Silver and Black just haven’t been able to put it together without entirely fresh legs.

There is some good news for the Spurs, however. Before their Rodeo Road Trip, their remaining strength of schedule was the easiest in the league, according to Tankathon.com.

Three of their four recent postponed games were against teams with losing records, so at least the rescheduled games won’t be against powerhouses.

With the rumor that San Antonio is calling Tre Jones and Luka Samanic up from the G League soon, it appears the Spurs are doing everything they can to avoid any more postponed games in what’s becoming an increasingly difficult road ahead.

Barring any further incidents that could leave the Spurs without their required eight players, they should be back in action in Oklahoma City to take on the Thunder on Wednesday at 8 pm ET.