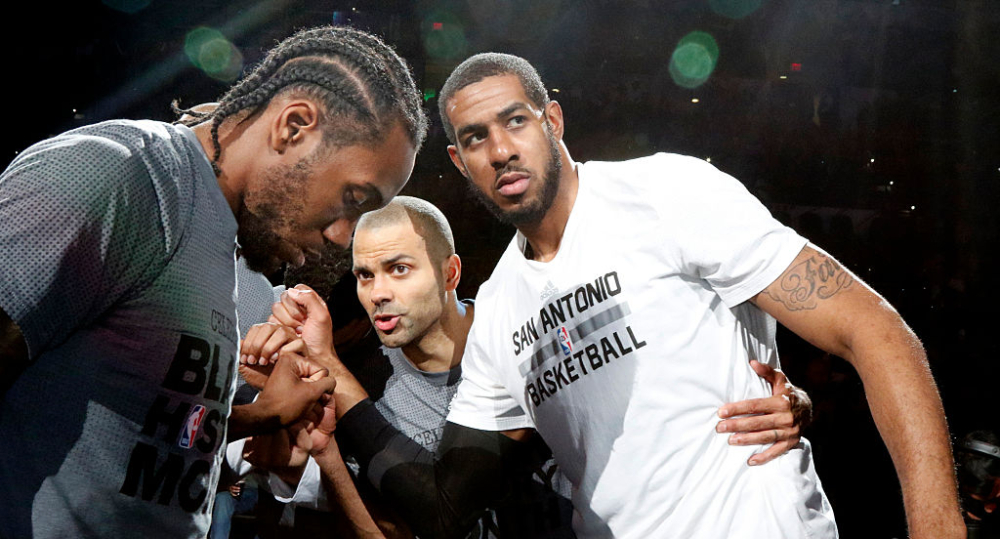 STRENGTHS: The Spurs have long been blessed with low-maintenance stars with high productivity … That remains unchanged with Kawhi Leonard and LaMarcus Aldridge taking the mantle from Tim Duncan … The ever-improving Leonard might be the best two-way player in the NBA at this moment … He’s a devastating force defensively with a super effective offensive game … Outstanding combination of length, athleticism, motor, skill and basketball IQ … Finesse big man Aldridge fit in quite well in San Antonio … Just a superb scoring option from mid-range and in the low post … Terrific frontcourt if you add Pau Gasol to the mix … With the Spurs, you don’t have to worry about effort and unselfishness … Elite squad when it comes to passing and shooting the ball … Well-oiled offensive machine … Great defense is a given … Lots of savvy veterans who know how to get it done … In-house improvement is one of the Spurs’ traits, so don’t be surprised if Kyle Anderson, Jonathon Simmons and others return much better players than the last time you saw them … Gregg Popovich, one of the best minds in the business, is still in charge … Franchise has a well-established winning culture.

WEAKNESSES: The unassuming Duncan was the heart and soul of the team for many years and set the standard for the rest of his teammates … It’s a big hole to fill … Even in the twilight of his career, Duncan remained an awesome post defender … Some drop-off now in that area? … Point guard play is not up there with that of other contenders … Tony Parker has lost a step (or two) and can’t attack defenses the way he used to … San Antonio ran a more efficient offense with him off the floor, which is something you don’t want to hear about your starting point guard … As usual, not a very athletic bunch … With several key players on the wrong side of 30, injuries may be an issue … They don’t score much in transition … Depth is good, but not great … They may have to ride their top players a little more than usual.

PREDICTION: 1st in the Southwest Division, 2nd in the Western Conference.