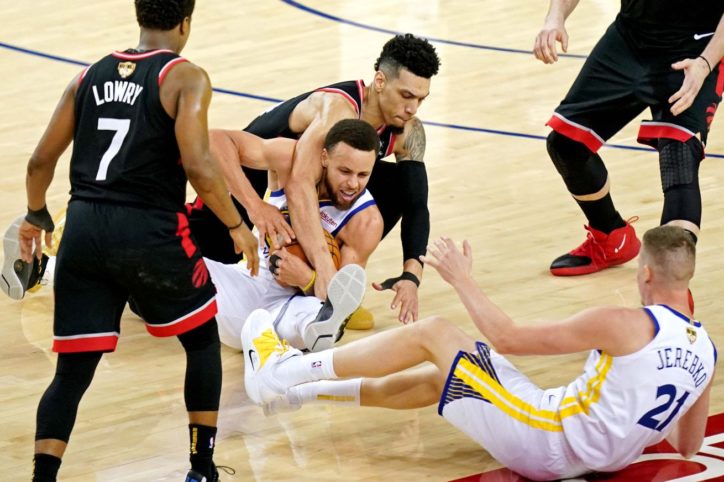 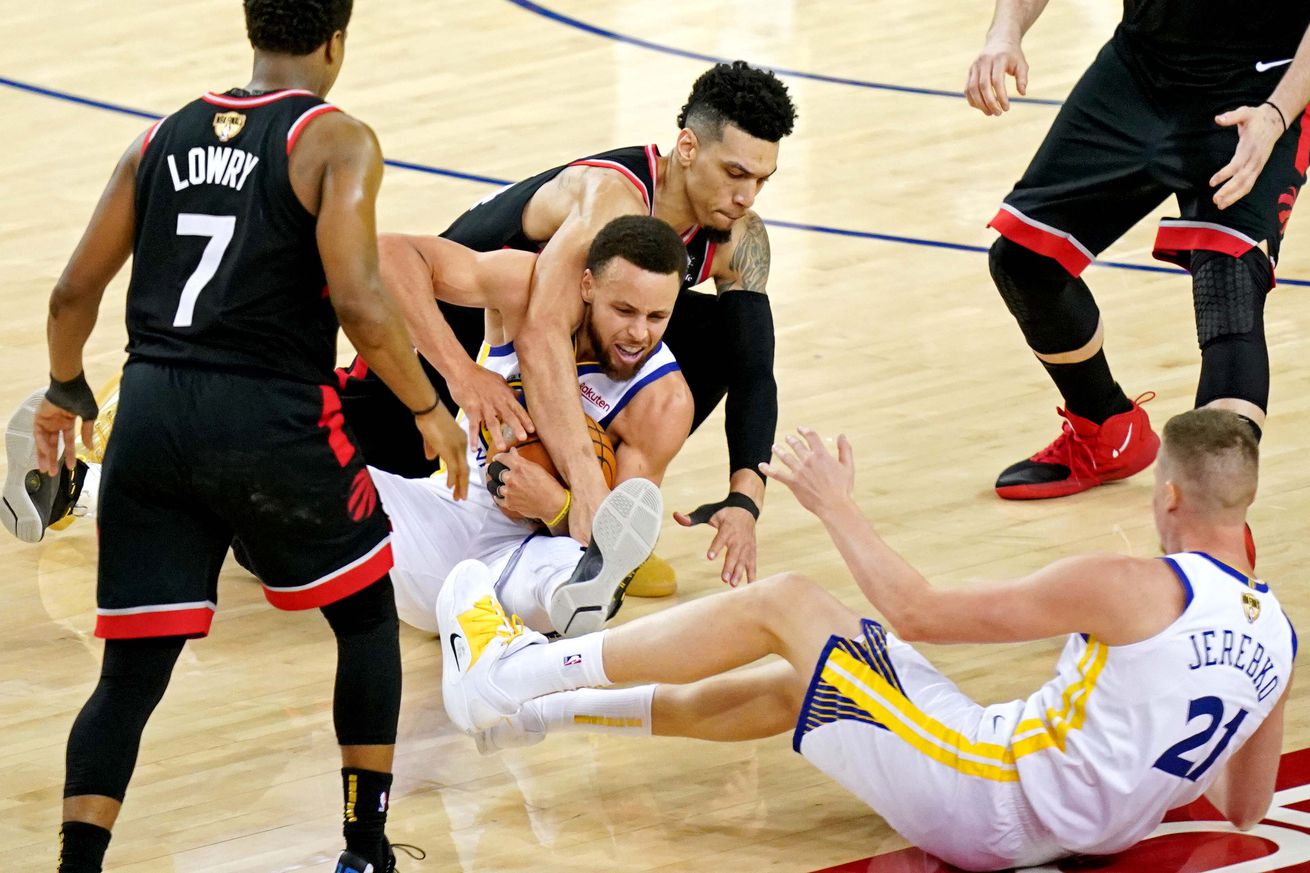 The depleted Warriors get Klay back, but is that enough to keep the Raptors from taking a commanding 3-1 lead with a win tonight?

Kevin Durant is still out for the Warriors, but Klay Thompson is expected to play tonight. Golden State’s offense in Game 3 was letting Stephen Curry create. He was great, but not enough to win. More concerning for the Warriors was their defense, which allowed open shots for Pascal Siakam, Kyle Lowry, and Marc Gasol, which they hit at a very high rate. Also, Kawhi Leonard’s injured leg seemed to be bothering him less in game 3 and if he continues to improve, it might be curtains for the home team tonight. It’s unusual for Golden State to be an underdog, and it will be interesting to see how they react. Go Spurs Go! [Next season.]