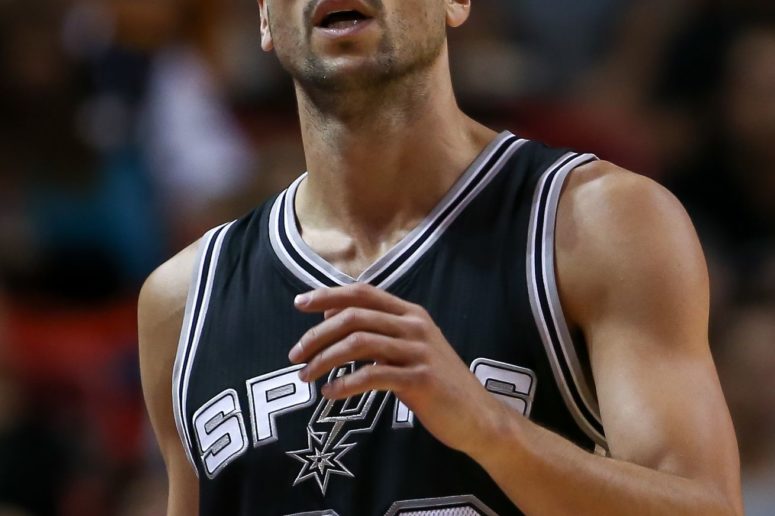 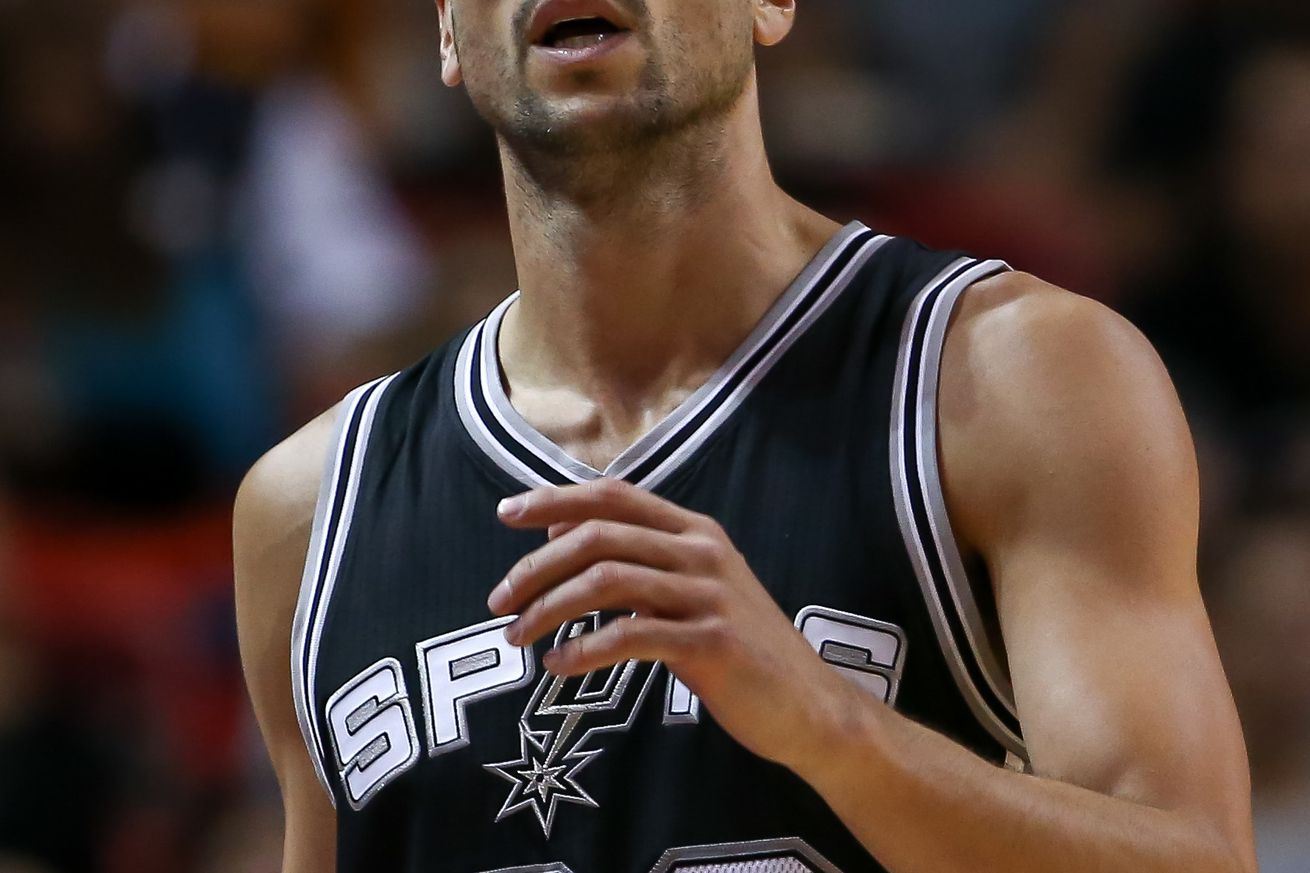 The San Antonio Spurs have an excellent draft history. Sometimes, the team is accused of “designing” players, meaning that the Spurs draft an average looking player, pull that young man into their developmental system, and an amazing star emerges. Many teams viewed Kawhi Leonard in this manner, leading to persistent perceptions that he is simply a “system” player that would not be able to replicate his level of success on any other NBA team. His ascension to the top of the NBA player pool has since quieted some of this noise, bit the concept makes for a very intriguing discussion for Spurs fans.

Given the team’s needs, and a long-term philosophy, what would you look for as an attractive candidate for the San Antonio Spurs to draft? It is very easy to sit down and design a once-in-a-generation player, but the likelihood that such a player is available at the 29th pick (or the 59th pick!) of the 2017 NBA Draft is exactly zero. So what liabilities might you be willing to accept in order to get the most desired qualities? This activity of designing a player can be useful. For example, once the player has been designed, the design can then be validated by screening the pool of NBA Draft eligible players to identify potential draft targets. This is a type of experimental verification of the design. In some cases, the results can be very surprising.

Do It Yourself Guide to “Design-A-Player”

I use Eurobasket for initial screening, and then go to Jonathon Givony’s Draft Express to vet my “finds” using the player strength and weakness videos and written materials on the website. There are plenty of other websites out there that do the same thing, and some may even be better. Sometimes the player is so obscure, he does not appear in any of Draft Express data sets or videos. In that case, I try to go and YouTube the player’s team, looking for games for free online for visual verification of numerical data. Sometimes what you see is what you expect, and sometimes it is completely different! It also gives you an appreciation for the high level of play in the NCAA Division games widely televised in the United States.

So let’s go to Eurobasket, and let your cursor hover over the EUROPE tab at the very top of the page. This will result in a drop-down menu of European countries. Let’s go to Serbia in the right-hand column, and click, or follow this link. Part way down on the right hand side, you will see a blue box labeled Stats Leaders. Don’t click on the box, but do click on the “More Stats” at the bottom, or follow this link. For this exercise, we are interested in NBA Draft Eligible players, based upon age, so click that box.

In the search for free agents, we would use the Age search on the left hand side. After checking the NBA Draft Eligible box, there should be 27 players. Now click on “Stats” next to View to see a detailed statistical table of the available players in Serbia. At this point, you can do what you want. If you want to simply rank-order the players by points per game to look for the highest scoring draft eligible player in Serbia, click on PPG.

If you have a more elaborate “player design”, you can use the various sliders to narrow down your search for actual players in Serbia that meet the design specifications. Remember that “NBA Draft Eligible” means that they are old enough to be Auto-Eligible, corresponding to that of an NCAA senior. These are the oldest players available for the draft. For finding younger Early Entry players, these have to be investigated individually. A good way to find that list is to go to the NBA website, or Draft Express, and look for the link for declared NBA Draft Eligible players as published by the NBA. The list for foreign players is rather short.

Designing a “Replacement” for Manu Ginobili

One of my persistent concerns has always been finding someone to fill in for Manu Ginobili. With the inevitable reality that he will retire, either this year, or next year, or the next year (!), finding a replacement is a more urgent concern. Like Tim Duncan, Manu is a once-in-a-generation player that was drafted with the 57th pick in the 1999 NBA Draft. Again, like Tim Duncan, it is probably entirely unrealistic to expect any one player, especially any one young NBA prospect, to replace the great Manu Ginobili one-for-one. It simply isn’t possible, and will have to be done by committee.

But Manu Ginobili has always been a little wild, a little unpredictable, very unselfish, very left-handed, and capable of both driving to the basket and finishing and making the 3-point shot with a high percentage. At times this last season, the Spurs really needed Ginobili’s “Grandpa Juice” (as Patty Mills called it). His ability to initiate offense was absolutely critical to the Spurs NBA Championships in 2005 and 2007, and remains very important to Spurs to this day. (Please don’t retire Manu.)

Thus, I consider finding a ball-handling small forward with a high foul received rate, a good 3-point shooting percentage, and good assist rate to be important. Jonathon Simmons, through player development, is another distinct possibility, but he may leave in free agency. Of course, ideally, such a player would have an unusually high number of steals, but finding such a player is likely impossible among auto-eligible players. I was not able to find Manu’s stats from the year prior to him being drafted (I am sure they are out there somewhere!), but his stats for the season immediately following the draft are available as shown in Table 1 from Reggio Calabria in Italy. Note the percentages, the assists, and the steals.

To be considered, the player should likely be a starter on his team in either Europe or the NCAA. Manu was criticized for sub-optimal athletic ability prior to the draft, so some doubt about NBA “potential” is probably acceptable. Remember that European basketball games are only 40 minutes long, so 30+ minutes per game means he is an absolutely critical player for the team. The European 3-point line is further than the NCAA 3-point line, but is inside of the NBA 3-point line. So 3-point shooting percentages need to corrected downward for extrapolation to the Spurs.

So now that we have Manu’s numbers, let’s “Design a Player”! Profile #1 contains a few of Manu’s characteristics. Lots of games played, lots of minutes, lots of points, high 2% and 3% shooting, good FT%, good rebounding, assists for getting his teammates involved, steals, and ideally fewer than 2 turnovers per game. I am not using per-40 minute or pace-corrected stats, just basic, plain vanilla numbers that the prospect actually produced. Using Profile #1, there are no player’s meeting these criteria in any of the screened countries, including Spain, Lithuania, Italy or Serbia (countries selected at random). So the Profile doesn’t work. There aren’t any immediately obvious Manu Ginobili clones in those countries that are draft eligible this year. Not a surprise.

So let’s try again. In Profile #2, we will look for a more limited, offensive oriented player. We will leave the games played, minutes, points, 2%, FT%, and assists the same. But we will not place any criteria on rebounding, steals or turnovers, and will lower the 3FG% to 25%. That is a very low number. A 25% 3-point shooting percentage is pretty ugly, and would likely give Chip Engelland ulcers just thinking about such a prospect. However, in Europe, the tradition is to let prospects with quality shoot, even if the percentages are low — especially when they are young.

This means that there can be some talented shooters in Europe, Serbia in particular, with lower than desirable shooting percentages. After adjusting the parameters to meet the new Profile #2, Spain and Lithuania still have no prospects that meet these criteria. None. Serbia returns two prospects, Dejan Davidovac and Andreja Stevanović. Upon further investigation, Stevanović is a 6’2” SG, with a moderate rate of drawing fouls in the Serbian League (0.087 fouls/minute). Davidovac was a starting member of the Serbian U-20 national team that won the European U-20 Championship in 2015, is a 6’8” small forward with an even higher rate of drawing fouls (0.150 fouls/minute) in the stronger Adriatic League. Also theres Lee Moore, who is a former UTEP player who did not go through the NBA Draft last year and has been playing in Italy. (I will write more on all three of these players in a different article.)

So what player characteristics would you look for? A defensive oriented PG? An athletic big man that racks up blocks? A shooting guard with high 3% shooting? Share your thoughts in the comments.