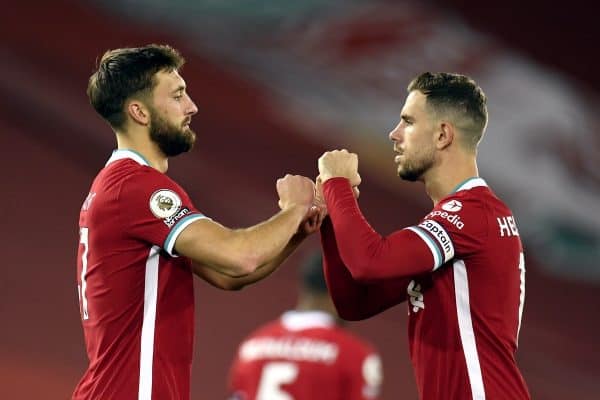 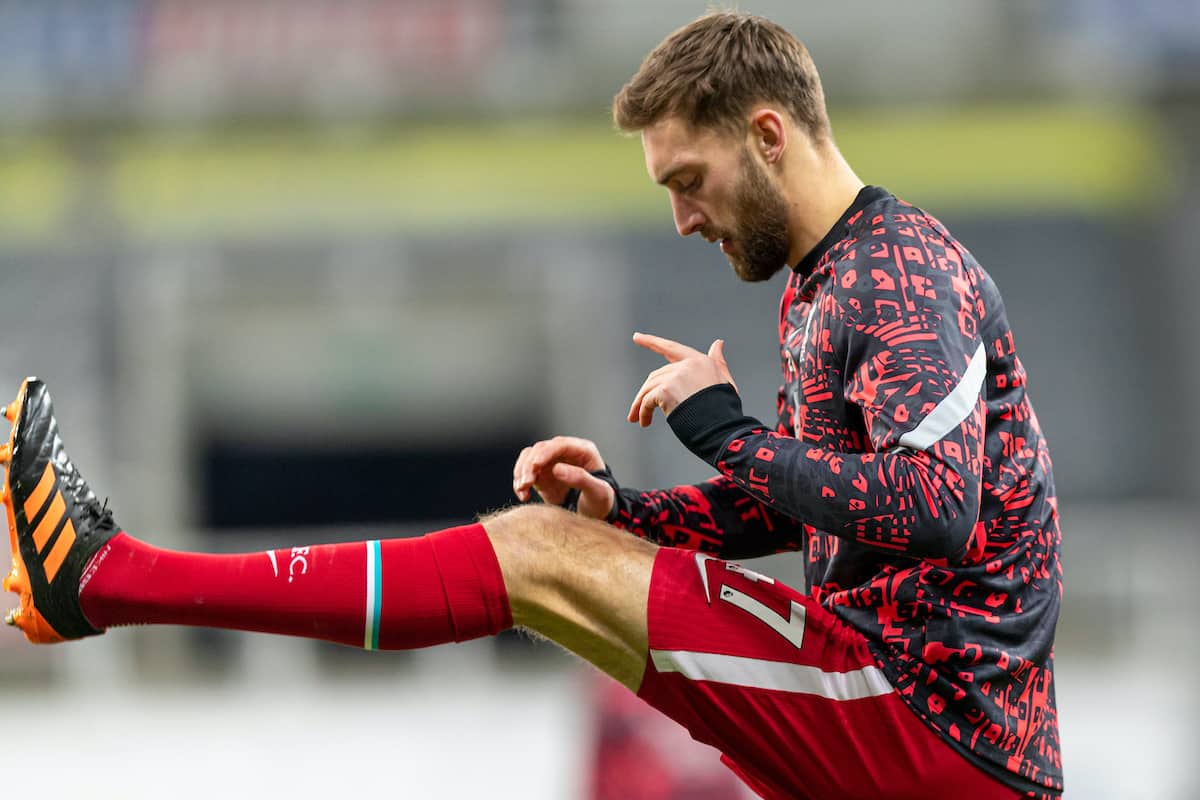 Nat Phillips has taken confidence from his surprise run in the Liverpool side this season, and insisted he hasn’t felt “out of his depth” despite making a big step up.

As the summer transfer window drew to a close, Phillips was still expected to depart Merseyside, with a switch to Championship side Swansea mooted.

But with the deadline passing, the centre-back remained with the Reds, and is now a regular in the matchday squad owing to injuries to Jurgen Klopp‘s three senior options.

Wednesday night saw Phillips make his third appearance of the season, building on starts against West Ham and Brighton with a clean sheet in an otherwise disappointing 0-0 draw with Newcastle.

After the game, the 23-year-old spoke to LFCTV and was asked about whether he felt at home with the level demanded at Liverpool, explaining it has been a challenge but that he was comfortable.

“It has definitely challenged me. I wouldn’t say I’ve felt out of my depth,” the ex-Bolton youngster said.

“The more games I’ve played the more I’m getting used to it, but each game has provided a different challenge at the same time as well.

“So with each game I’ve just got to try and gather experiences from them, work on the things I need to get better at, learn from each game and hopefully get the momentum.”

Phillips is seemingly positioned as third-choice centre-back in the absence of Virgil van Dijk, Joe Gomez and Joel Matip, with Fabinho and Rhys Williams ahead of him in the pecking order.

At 23, he is four years Williams’ senior, but throughout his career he has played just 26 senior games, which is only 16 more than the youngster has this season for Liverpool.

Both are inexperienced options, and after a month-long break between outings, Phillips stressed his desire to learn from his displays so far and improve.

“[It feels] really good, that’s what I want to be doing, be out on the pitch playing games,” he continued.

“It was a tough game for myself, very physical, it didn’t make it easy for me up there.

“There’s plenty for me to work off on the back of tonight, I’ll go back over the game and see what areas I need to improve on. But a clean sheet isn’t all too bad.”

Klopp was full of praise for Phillips’ performance after the game at St James’ Park, but both player and manager will be well aware that there is a long way to go as he looks to fill in for the likes of Van Dijk and Gomez.

The No. 47 certainly has a mature head on his shoulders, though, and the confidence to keep stepping up when Liverpool need him.