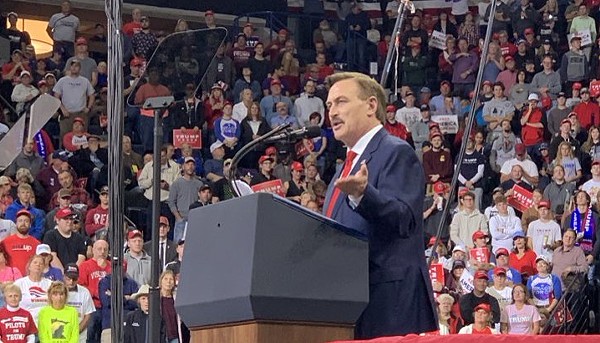 San Antonio’s H-E-B is among the retailers that have stopped carrying products from MyPillow, whose CEO has spread debunked voter fraud claims to keep President Donald Trump in the White House, Newsweek reports.

In media interviews, MyPillow chief Mike Lindell said the grocer, along with Bed Bath & Beyond, Kohl’s and Wayfair, dropped his brand under pressure from “leftist groups,” according to Newsweek.

“They’re trying to cancel me out,” Lindell reportedly told the Right Side Broadcasting Network’s Brian Glenn in a Monday interview.

Officials with H-E-B, one of the nation’s largest grocery chains, were unavailable for immediate comment on the story.

Lindell, one of Trump’s most vocal supporters, has repeatedly pushed conspiracies claiming the November election was rigged against Trump. He even continued to stick by those fabrications after the deadly January 6 insurrection at the U.S. Capitol.

The tweet included video of Lindell from a corporate jet pledging that “100%, Donald Trump is going to be your president for the next four years.” The group said the clip was originally posted to defunct far-right social media site Parler following the January 6 coup attempt that left five people dead.

.@BedBathBeyond @amazon @Lowes @Walmart will you continue to carry MyPillow after their CEO called for the insurrection and played a role in supporting it last week? https://t.co/tkdkM2hKb9

“This is the only time we have in history to beat these guys, to suppress the evil, and beat the evil,” Lindell says in the clip.

Criticism also swirled around Lindell after a recent photo showed him arriving at a White House meeting with notes that appeared to call for Trump to use “martial law if necessary” to retain power.