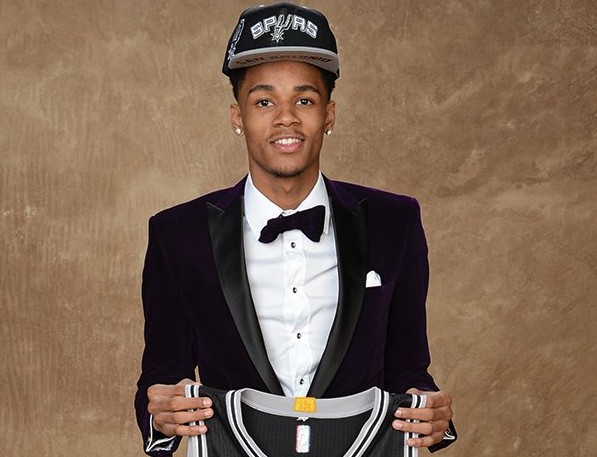 The NBA Draft plays a vital role in the continued success of the San Antonio Spurs, even though it seems like the same boring story every year. Because the team is so successful there’s never a high pick, and the player that they take late in the first round is either some obscure European or a great player that nobody can believe slid all the way down to where the Spurs could grab him.

Dejounte (day-JON-tay) Murray is a 19-year-old combo guard who played one year of college ball at Washington. He’s 6’5” with a substantial wingspan of 6’9.5”, and that length serves him well on both ends of the floor. He’s listed at 170 pounds and will need to add muscle to succeed at the next level, but he has broad shoulders and should be able to fill out his large frame.

His size allows him to play both guard positions effectively, and that versatility will be valuable in the Spurs’ system. Some mock drafts had him in the lottery, but he fell all the way to the 29th pick. Murray was asked about his long wait in the green room, but he seemed to be very happy that it was the Spurs who finally called his name…….Read More

Source: Murray may not make immediate impact, but could be key to Spurs’ future | Project Spurs